why your pediatrician cares about guns

“Are there guns in your home?” Why does your pediatrician want to know?

Let me start with a true story. When I was about 13 years old, there was a family I babysat for occasionally. There were 2 brothers in that family. Well, one day I learned that the younger brother had died. The boys had found a gun in the bedside stand and started playing with it. The older brother pointed it at the younger brother as they were playing and pulled the trigger. Turns out it was loaded. The younger brother was shot and killed.

A sad and true story.

The sadder part of this story is that even though it is a fairly old story, it is not a unique occurrence.

In 2009 there was an estimated 7391 admissions to hospitals for gun injuries for children and teens aged 19 and under. Approximately 2100 of these were unintentional gun injuries, approximately 4500 were for assault cases. In 2009 there was also an additional 2793 gun-related deaths in the same age group. 1855 of these were classified as homicides, another 800 as suicides and 138 as accidental deaths.

What exactly is your pediatrician interested in when (s)he asks if there are guns in your home? Not what types or how many weapons you have. We just want to know if there are weapons and if there are weapons have you stored them unloaded and locked with the ammunition stored separately. Why? If there is a chance of preventing even one unnecessary death in a child, if even one parent changes their gun storage practices it is worth it.

Pediatrics is about prevention. Any death of a child is a tragedy. We don’t have control over everything, but we can take basic safety measures to safeguard children from preventable deaths.

Final thought: Even if you do not have guns in your home, have you thought about the homes where your children spend time? Talk to your kids about gun safety!

Here are links to two recent stories in the news:

Dr. Forbis a pediatrician in the Children’s Health Clinic at Dayton Children’s and a mother to two girls. As part of the “Dr. Mom Sqaud,” Dr. Forbis blogs about her experiences as both as doctor and a mom and hopes to share insight to other parents on issues related to both parenting and kids health. 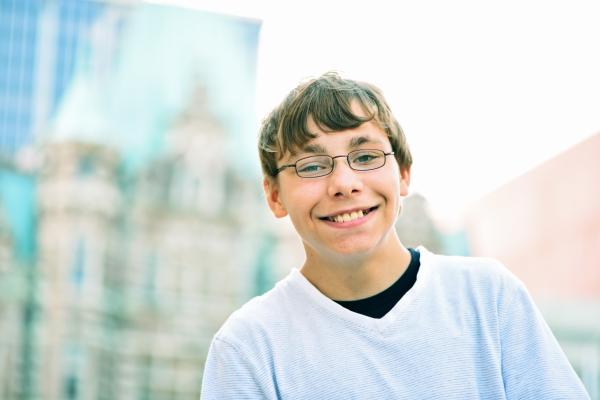 Mikey Jones has gone through more obstacles as a 12 year old than most adults. But he never lets it hold him down.