what Miley, Trump and Kaepernick have in common

Please don’t tell me you are having problems talking with your teen. Media coverage of the following topics gives you an easy entry into your child’s world. 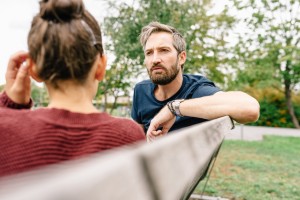 Miley Cyrus declares she is pansexual. Most people haven’t even heard of the word pansexual, so here is Miley’s explanation. “I am literally open to every single thing that is consenting and doesn’t involve an animal and everyone is of age. Everything that’s legal, I’m down with.”

Can you think of a better way to engage your teen in a discussion of sexual feelings and behaviors?

San Francisco's Colin Kaepernick refuses to stand for the national anthem, declaring that, "I am not going to stand up to show pride in a flag for a country that oppresses black people and people of color."

Kaepernick has been demonized and deified for his actions. Many have admired him for his courage in stimulating a discussion about chronic injustices. Others have acknowledged those problems, but criticized his lack of a respect for a flag that reflects the valor of so many who have fought to give Kaepernick the right to not respect it.

Presidential election. Just like the rest of us, your kids have strong opinions on these issues! The challenge is to get beyond the platitudes and try to talk with your teen about the reasons behind their thinking.

What makes these three topics such a great way to connect with your child also presents a challenge for engaging in meaningful discussions. These are very emotional topics, and teens (like the rest of us) have difficulties getting beyond their visceral reactions.

Here are a few suggestions for getting beyond simplistic assertions of feelings to more reflective and meaningful conversations.

If this doesn’t work out, you can always ask your teen to explain Snapchat, Spotify, or Instagram!

08/05/20 | patient story video visits for cystic fibrosis family switches to video visits for appointments during pandemic
08/06/20 | blog post Should I send my child to school or have my child participate in virtual (online) learning only? We caught up with infectious disease specialist, Dr. Alter, to ask about going back to school

5 tips for raising an anti-racist child

Wondering where to start? Check out these tips.