how to avoid gender stereotypes 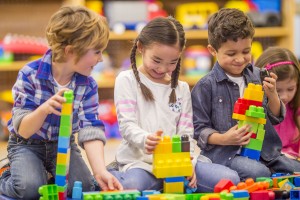 In a speech to elementary school children in Florida, NFL star quarterback Jameis Winston advised boys in the audience to be “strong, ” and the girls “are supposed to be silent, polite, gentle.”

Kids develop these self-perceptions early in life according to a recently published study in the journal Science. That’s bad news for parents of both boys and girls.

The scientists tested youngsters from 5 to 7 years of age. Children were read a story and then asked to identify a character that was “really, really smart.” The 5 year olds generally selected persons of their own gender. Girls identified female characters as intelligent, while boys selected male characters.

However, the results were different with 6 and 7 year olds. Boys continued to select male characters as brilliant, but girls changed their opinion, more likely to select male than female individuals as intelligent.

In similar studies conducted by researchers Lin Bian and her colleagues, girls’ interests in games “for children who are really, really smart” decreased at around ages 6 and 7.

What’s troublesome about these findings is the harmful impact of girls’ misperceptions of their abilities. If they perceive themselves as less intelligent, will they be more likely to avoid difficult tasks or certain subjects in school?

Here’s what parents can do.

1. Be careful of your language. Avoid labeling activities as specific to a particular gender. Your words and behavior have a powerful impact on your children.

2. Expose your children, both boys and girls, to a variety of activities. Take your child’s lead in what interests them. Don’t be concerned if your son is interested in traditionally feminine activities or your daughter enjoys boyish toys.

I think the underlying fear is that by allowing kids to express their interests in non-traditional gender activities you may influence their sexual orientation or identity. It won’t.

3. Speak up. Our kids deserve more than the rigid gender stereotyping that was prevalent in previous years. Advocate on your children’s behalf so that they can explore activities without ridicule.

4. Stay on message. Your children’s achievements are related to their talent, hard work, and self-control. Those attributes are not specific to one gender, so be careful of dismissing behavior because “he is all boy,” or making a remark that “girls have more problems with math.” Differences in performance are not caused by gender, but by other factors.