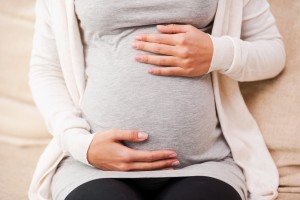 Good news is generally not newsworthy, but a recent government report on teen sexuality reflects incredibly well on teens, parents, and society.

The Centers for Disease Control and Prevention reported that in 2015, the number of children born to teenagers was 22.3 babies per 1,000 teens. This represents a 64 percent decrease in the teenage birthrate over the past 24 years.

Teens having babies is generally bad for both the parents and the children. These teenage parents are more likely to drop out of high school and live in poverty. The kids of these parents are at a significantly higher risk for emotional, educational, and health problems throughout their lives. Getting teens to delay having babies has been a major goal for health care educators and parents.

Progress has been achieved for a variety of reasons.

First, the number of teens having sexual intercourse has decreased over the past twenty years, from around 54 percent in 1991 to 46 percent in 2013. While parents are legitimately concerned about the hyper sexuality that has regularly bombarded our kids in the media, our teens are less sexually active today than were their parents. They also have sex with fewer sexual partners and are more likely to delay sexual activity until later adolescence.

Finally, our kids have access to more information about sexual health than we did as kids. Parents and educators are more open with youth about issues of sexual identity, pregnancy prevention, and sexually transmitted diseases. We are more willing to engage teens in a discussion of when sexual intimacy is right for them.

Many parents feel overwhelmed and underqualified to deal with the challenges of raising children. It feels like we don’t have much influence over the way our kids turn out. The impact of social media and technology seems to have made our role less influential.

This is a mistaken belief. An iPad cannot replace the warm embrace, gentle encouragement, and firm limit setting from a loving parent. The positive trends on teen sexuality reaffirm yet again that we remain the most important influence in the lives of our kids. When we guide them in a direct, respectful, and supportive manner, good things happen.