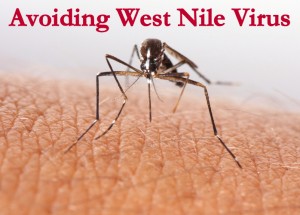 The mosquitoes have been terrible at our house this year. Oddly enough merely 15 miles away at my father’s house where there is a pool and lots of landscaping, and hardly any mosquito bites. But no matter where we are those darn mosquitoes seem to love Ethan. Even at 300 in the afternoon when we go outside to play he will receive 3-4 bites. And they really irritate him, he will just scratch and scratch! He reacts to the bites with redness, swelling, and at times even blisters.

Well last week daycare called me informing me that Ethan was running a 102 fever. He was otherwise asymptomatic. As I watched him for the next couple of days the only symptoms he showed were fussiness and clingy behaviors with a couple of loose stools. However, on day 2 his fevers spiked up to 104. With that fever I gave him some Ibuprofen and the fever resolved. The fevers continued off and on for 3 days total and then went away. However, after the spike to 104, the non-specific symptoms, and the mosquito bites, I immediately reviewed the signs and symptoms of West Nile Virus as published by the Centers for Disease Control (CDC). Here were my findings:

West Nile Virus is a potentially serious illness, however, not very common compared to the number of mosquito bites out there. Prevention is the most important step you can take to protect your children and yourself. The virus seems to be more common in the summer and the fall. Most people will show no symptoms if they are infected. Some people will show mild illness such as fever, headaches, body aches, nausea, vomiting, or diarrhea. (Sounds like your typical, non-specific viral infection!!) These symptoms may start within 2 weeks of being bitten by mosquito and last from a few days to a few weeks. There is an estimate that 1 person of every 150 persons who actually get infected with West Nile Virus will have a serious infection. These persons will look and act sick. Symptoms include: high fever, headache, neck stiffness, coma, disorientation, seizures, numbness, vision loss. These patients are going to look really sick and need to go to the Emergency Department for evaluation. There is no treatment for West Nile Virus. For mild symptoms we recommend rest, drink plenty of fluids and acetaminophen or ibuprofen. If the illness is severe the symptoms may need to be managed in the hospital.

Alas, I do not believe that Ethan had West Nile Virus but he did have some mild illness likely due to a viral infection, that was self- limiting and mild enough that it did not warrant searching for a definite cause.

So, overall risk for you and your children to become infected with severe illness is rare. If your child gets mosquito bites (as most of them will) then just watch them. Trust yourself to recognize how ill your child is and only if they are sick enough to have to go to the ED should the idea of West Nile Virus enter your thoughts. If they are eating, drinking, playing, then that is a good sign that they will do just fine. Here are the recommended precautions you need to take with your children to help prevent mosquito bites and reduce the risk of contracting any illnesses from mosquitoes such as West Nile Virus.

Otherwise, enjoy your fall, and this nice cool weather!