are you using the right type of praise? 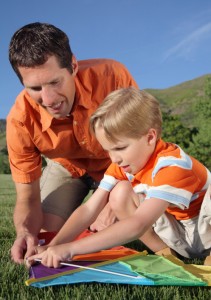 The benefits of praising good behavior are a fundamental tenet of virtually every parenting book. However, how you praise your toddler significantly impacts their behavior several years later according to research soon to be published in Child Development by Elizabeth Gunderson and others.

This was a clever research project. Parents were observed praising their children at ages 14, 26, and 38 months of age. The children were then reevaluated when they were seven and eight years old. Parents who used a particular type of praise with their youngsters had children who developed more positive attributes when they were older.

The experts described the first type of compliments as “Process Praise.” These parents encouraged their children’s efforts, not outcome. An example of process praise is telling a child that he “worked really hard,” or similar words to describe a child’s actions or strategies.

The second type of praise was referred to as “Person Praise.” These compliments described a child’s attributes or abilities. Examples of person praise include “you’re so smart” and “you’re good at that.”

When the researchers evaluated the children at seven and eight years of age, the parents who used process praise had children with a more positive motivational framework. These kids were more likely to be interested in solving more challenging tasks and persisting when confronted with failure.

Why is process praise better than person praise? The later type of compliment typically makes reference to a fixed attribute of a child, such as when you tell your child that he is smart. When confronted with a difficult situation, a youngster then infers that he is not intelligent enough to solve a problem and is more likely to give up. However, if you use process praise and encourage effort, your child is more likely to persist when confronted with failure.

Whenever you verbally reward your child, you are affecting not only a particular behavior but also your youngster’s internal way of viewing himself. While accomplishments ultimately matter, it’s really your child’s efforts, persistence, and problem solving that should be the focus of your attention.

Praise is a powerful parenting technique, but remember the three rules for its effective use.

By the way, the researchers found that parents were much more likely to use the more effective “process praise” with boys than with girls. I wonder why.