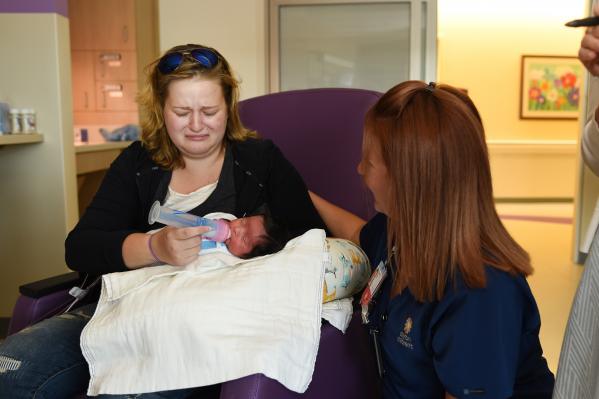 Alison breaks down in sobs of joy after she learns during rounding that her son Ryan’s test results showed negative for cystic fibrosis. 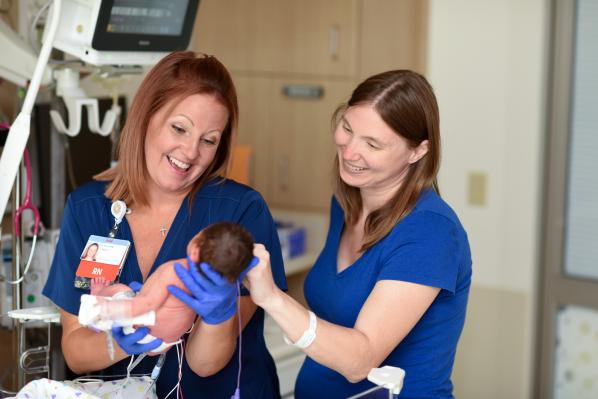 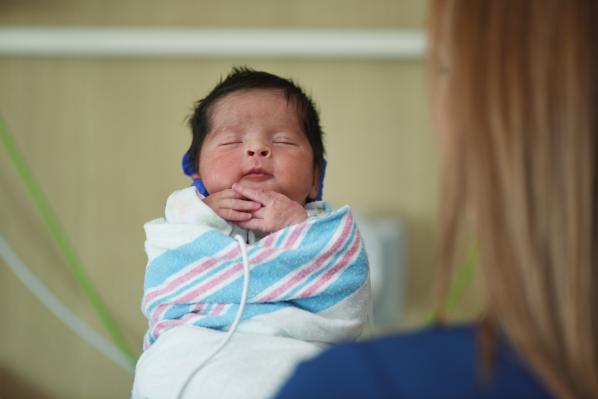 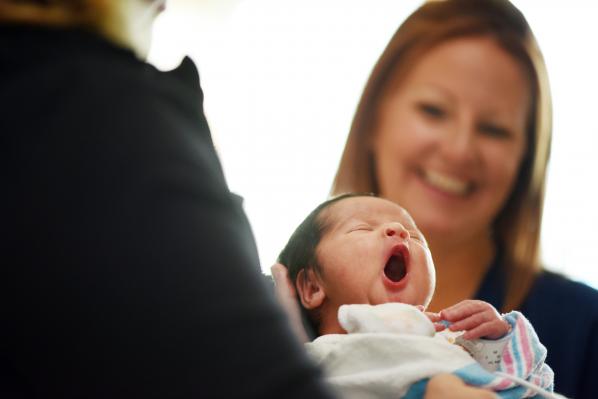 a day in the life of the transformed NICU 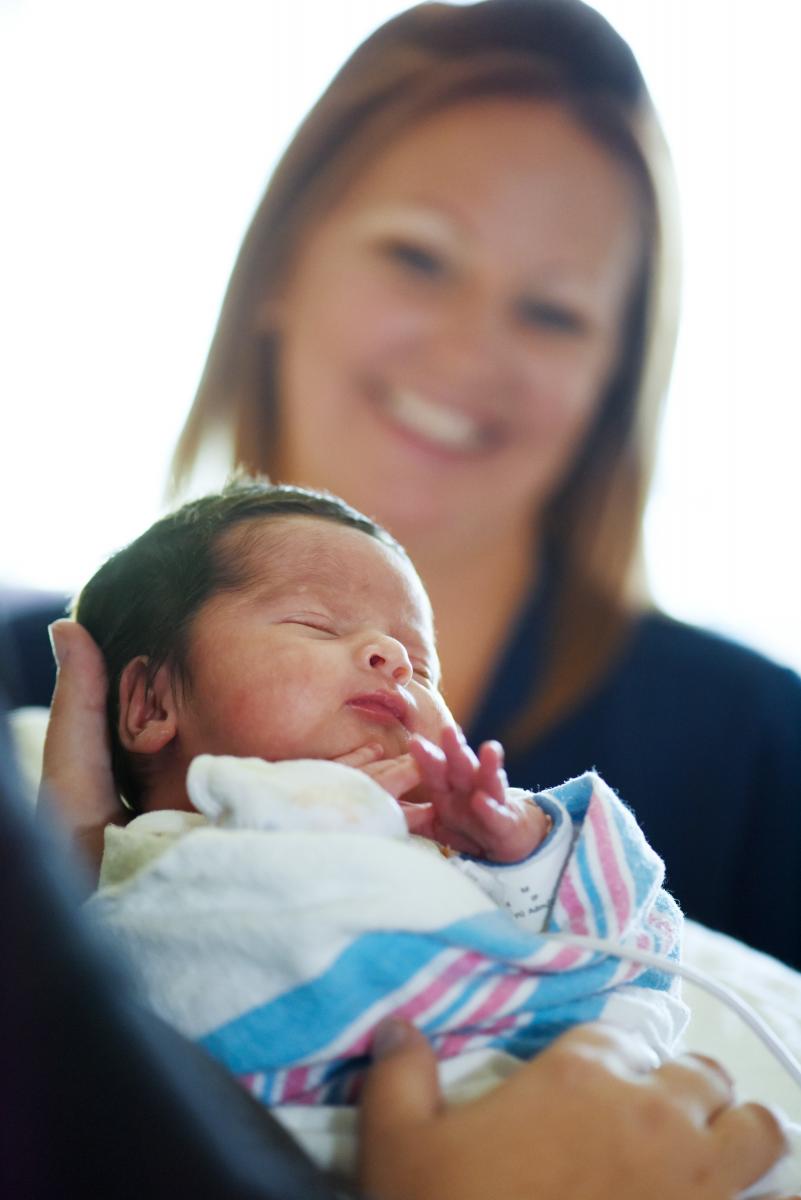 On August 24, 2017, when Alison Deady’s son Ryan was just 10 days old, time stopped in her world — she received the best news of her life after waiting for days, wondering and praying. Her son’s test results for cystic fibrosis came back negative. Understandably, Alison broke down sobbing.

“Ryan is a miracle baby – I had breast cancer at age 24 and a double mastectomy, so I never thought I would be able to have children after 16 rounds of chemotherapy. The cancer was so progressive that I only had time to get one injection to preserve my fertility.”

Kori Hutchinson, RN, Ryan’s nurse, was there when the good news was delivered. Kori, who has worked at Dayton Children’s for 17 years, has seen her fair share of both good and bad news.

Ryan was born early at 33 weeks and had meconium plugs, a bowel obstruction requiring surgery.

“Typically babies with this type of condition are almost always presumed to have cystic fibrosis,” says Kori. “Our physicians told her it was a 50-50 chance, which is hard for any parent to hear. Seeing Alison overcome with relief is why I work in the newborn intensive care unit (NICU).”

Alison knew something was wrong within seconds of Ryan’s birth.

“He wouldn’t eat and was throwing up bile, so he was transferred to Dayton Children’s in the middle of the night,” Alison says. “It was the worst day of my entire life... even worse than having cancer because it wasn’t about me anymore. We wanted this miracle so bad, the thought that it could all be taken away left me inconsolable.”

Kori’s day starts with a 30-minute assessment of Ryan and one other baby, including vital signs, skin checks and checking the baby’s belly. Most days each nurse has two patients unless a baby requires one-to-one care.

“There was zero privacy in the old unit, so when good news like Ryan’s negative CF test was delivered, a family’s life was completely exposed,” says Kori. The privacy of the new unit has also helped increase the number of moms breastfeeding.

“Previously I was dragging privacy screens from mom to mom to give them privacy to feed their baby. If they needed to pump, they had to separate themselves from the baby in the old unit – now everything can be done by the bedside.”

That’s not the only thing that can be done at the bedside in the new unit; nearly all medication is delivered by pharmacy to the bedside. “Having medication delivered directly to the patient’s room is a huge benefit for nurses. In the old unit we had to walk back and forth from the front or back of the unit to the Pyxis station to get a baby’s medication.”

While some babies may just need vitamins, others can have dozens of medications given in a day, causing a nurse to exceed her 10,000 steps on her Fitbit.

Ryan is on a specific antibiotic that is located in the medication room because it has to be mixed by Kori before it can be delivered into the IV in his hand. Though his surgery was a success, he will remain in the NICU until he can eat well and is approximately the age he should have been at birth.

Kori leaves Ryan’s room just as Kaity Johnson, SLP, speech language pathologist walks in to assess Ryan’s tongue and cheek support to ensure he can bottle feed. Because Alison had a double mastectomy, she’s using Mother’s Milk Bank of Ohio while Ryan is in the NICU and a private donor when he’s discharged.

This coordination of care between physicians, nursing, surgery, pharmacy, the milk lab, rehab and others has left Alison in a complete state of gratitude. “I can’t say enough about our care team, especially the nurses. They are teaching me everything about being a mom while I’m here; swaddling and bottle-feeding and how to soothe Ryan.”

“Just like me, it’s obvious that Ryan is a fighter,” says Alison. “I was on pins and needles before I got the test results that he didn’t have CF. I was barely a mom at that point. But my motto with life is, ‘even if it’s positive for CF, it’s not the worst thing.’ I’m grateful to Kori and all of Ryan’s nurses for teaching me how to care for my perfect son.”