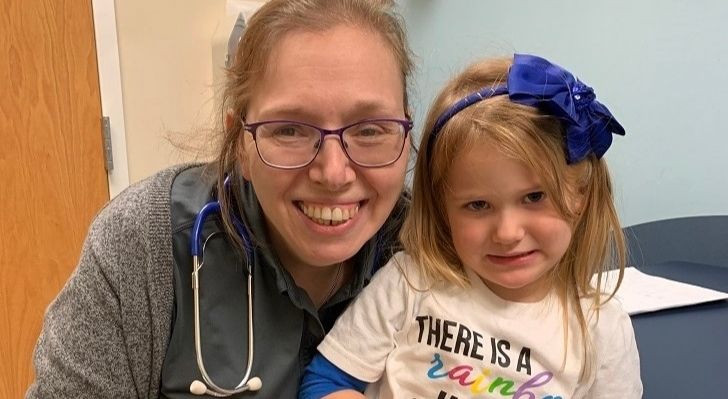 this photo was taken prior to COVID-19 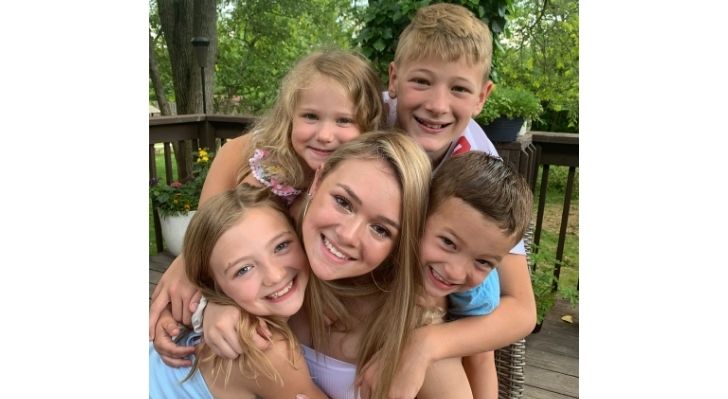 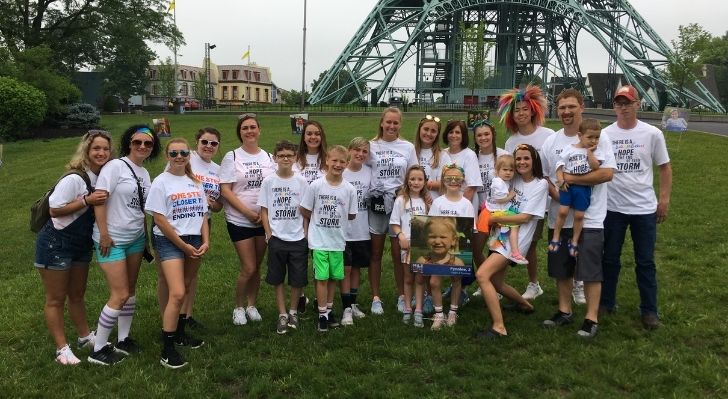 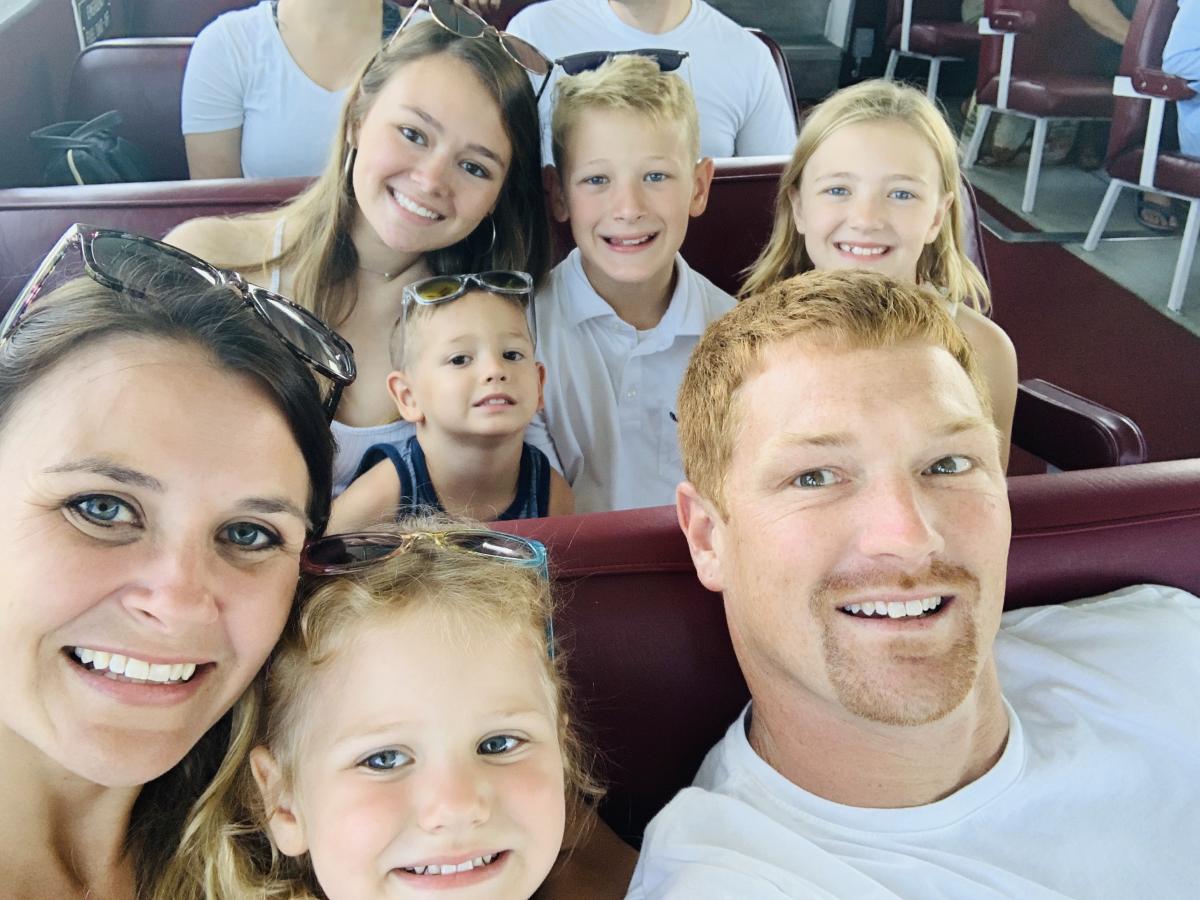 Fynnlee’s journey with Dayton Children’s began just before her third birthday. Her parents, Valerie and Raymond, had noticed that Fynnlee was drinking a lot of water and had to go to the bathroom frequently during the night. While these things were not alarming on their own, especially in the midst of potty training, Valerie’s parental instinct told her something was off. After doing a little research, and knowing her family’s history of type 1 diabetes, Valerie made an appointment with Fynnlee’s pediatrician.

“From there, things went really quickly. They almost instantly diagnosed her with type 1 diabetes, and then we were admitted. It seemed almost like as soon as we knew, she got worse in an instant. It was very overwhelming and scary, but in that moment you don’t really have any time to process your emotions,” Valerie remembers.

The Humphrey's time at Dayton Children’s was spent learning “this whole new life” from dietitians, nurses and other caregivers. They also met Yelena Nicholson, DO. Dr. Nicholson is still Fynnlee’s diabetes doctor and a great support, both in providing great diabetes care and in connecting the Humphrey's with other families who have children with type 1.

After a whirlwind few days, they headed home. “Once we got home, everyone was doing their best to relate to us and wanted to introduce us to other people they knew that had type 1. Now I know way different, but I remember feeling that even if other people had a child with type 1, no one was really in our situation. It felt like we were on an island,” Valerie said.

Gradually, the Humphrey's started to adapt to their new normal. While Fynnlee’s four siblings may have initially felt a bit overshadowed, they began to join together to help. “Fynnlee’s diagnosis and the attention it requires could have been really hard on our family,” said Valerie. “Instead, her siblings have really rallied around her, and it has made our family stronger.”

Just recently, Fynnlee shared about her diabetes with her kindergarten class. She answered her classmates’ questions and showed them her pump and where she gets her insulin shots, if needed. “There are days like that, where Fynnlee is proud to show and tell about her diabetes, and there are days when she doesn’t understand why she has it. While we still have these good days and bad days, we’ve come to realize that we can manage this. Fynnlee can still do things like any other kid; we just need to monitor her a little closer,” Valerie said.

Fynnlee is now taking after her older sister and participating in competitive gymnastics. “It’s been really emotional to watch her at gymnastics,” Valerie shares. “She has her little OmniPod® insulin pump on her leg, and I see how strong she is. She has something different, but she is strong.”