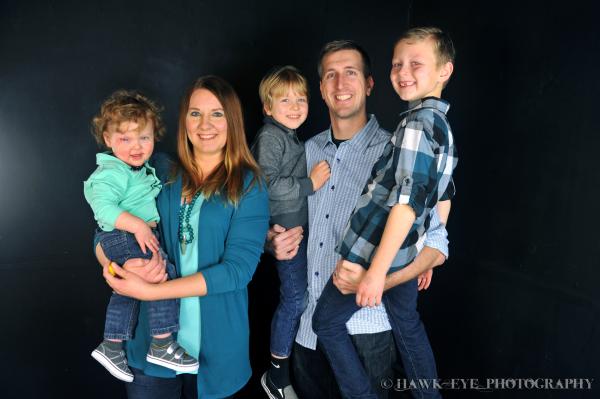 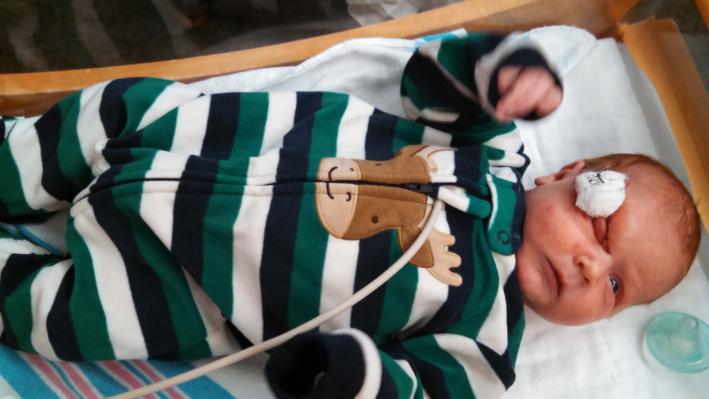 On January 26, 2016, Candace and Randy Phlipot found themselves in a position they never imagined: they were sending their five-day-old son, Everett, into a life-altering surgery.

“It was one of the most nerve-racking and emotional days I have ever experienced,” says Candace. “I sobbed as a team of doctors wheeled him away from us and into the operating room.”

Everett was born in Coldwater, Ohio, just a few days earlier and from the moment the doctors and nurses placed him on Candace’s chest, the Phlipot’s world was turned upside down.

“I instantly noticed a sizeable mass near his right eye that was preventing him from opening it,” says Candace. “Additional nurses and doctors assessed him and ultimately decided it would be in Everett’s best interest to be transported to Dayton Children’s.”

Candace only got to spend five hours with Everett before he was transferred from Northwest Ohio to Dayton Children’s Level IIIB neonatal intensive care unit (NICU). Pediatric plastic surgeon Salim Mancho, DO, pediatric ophthalmologist Michael Bloom, MD, and pediatric oncologist Jordan Wright, MD, worked together to determine the cause of the mass and provide the best treatment plan.

“Since Everett’s birth each moment was filled with doctors, nurses and words no parent ever wants to hear: tumors, blindness, operations, biopsy, anesthesia, MRI—the list goes on,” says Candace. “We were scared to know if this would ultimately lead to radiation, chemotherapy, blindness, or worse.”

Dr. Bloom explained to the Phlipots how critical eye development is in the first three months of life and if Everett’s eye remained closed because of the mass, he would risk becoming blind in the affected eye.

Everett’s physician team scheduled a biopsy to accurately evaluate the mass and identify a course of treatment. Dr. Mancho planned to attempt to remove enough of the mass during the biopsy to give Everett the best chance of opening his eye.

“Although we tried to remain hopeful, there were many unknowns which kept us on an emotional rollercoaster,” says Candace. 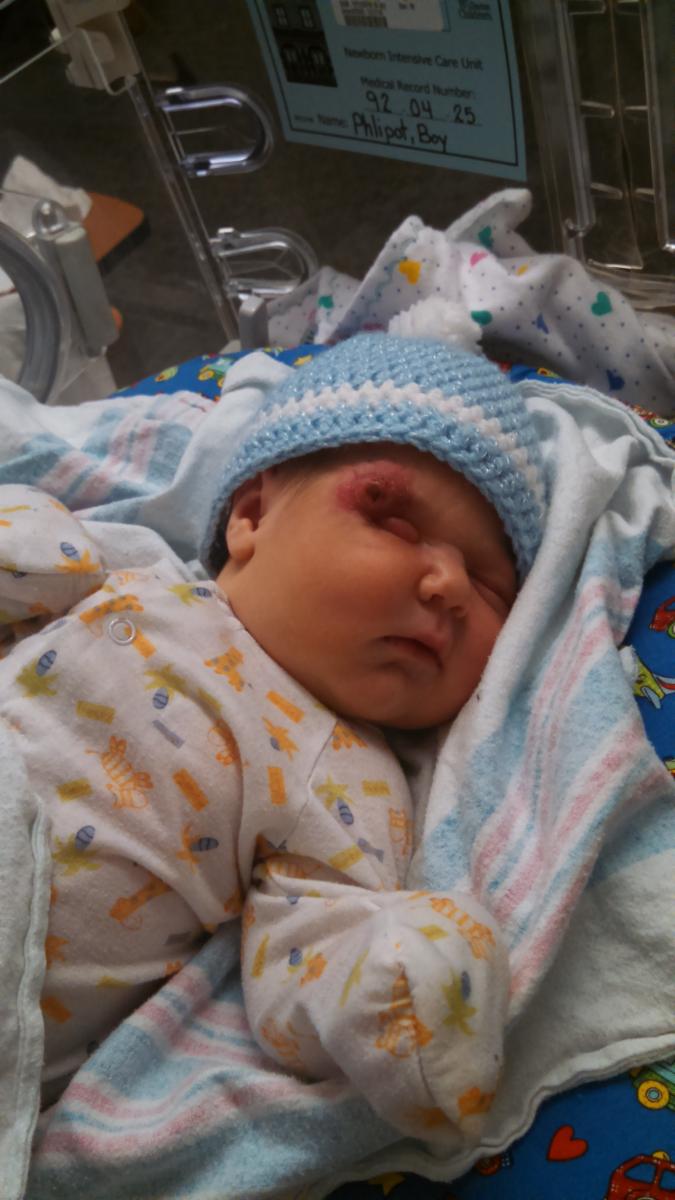 “When Everett and his doctors finally returned from the biopsy two long hours later I burst into tears,” says Candace.

The biopsy revealed Everett has infantile myofibromatosis, a rare congenital disorder that causes growth of non-cancerous tumors. Dr. Mancho was able to skillfully remove enough of the mass for Everett’s eye to begin to open.

“We have learned that a rare condition can be challenging if there is no one you know who has been through the same thing,” says Candace. “Ultimately, we knew we needed to rely on the doctors and nurses at Dayton Children’s to help us understand and move forward.”

Within a few weeks of the operation Everett’s eyelid began to open gradually, by three months of age it was opening and closing almost completely, and as of Everett’s first birthday his vision is normal and his doctors are happy with his progress.

By Everett’s second birthday his doctors are hopeful any remaining facial mass will have dissipated and Dr. Mancho will perform one final surgery to reconstruct Everett’s orbital area and give him a fully-functioning eyelid and more symmetrical appearance.

“We cannot speak highly enough of all the doctors, nurses, and other staff members who met with us during Everett’s time in the NICU and at his many follow-up visits since January 2016,” says Candace. “We know there are countless individuals involved in every step and their efforts do not go unnoticed.”

Today Everett loves playing with his big brothers, listening to music, and taking in the sights on stroller rides.