Neonatal abstinence syn­drome (NAS) is the term used to describe the constellation of symptoms associated with an infant’s withdrawal from nar­cotics.1-3  The incidence of NAS has been rising rapidly over the last decade both in Ohio and the United States. Since 2010, the most common drug of exposure in infants born in Ohio has been opioids.4  It is not uncommon for infants exposed to opioids in utero to have multiple substance exposures.

scope of the problem

burden on the system

Neonatal abstinence syndrome is a heavy burden on Ohio. In 2013, Medicaid was the payer for approximately 81 percent of hospitalizations for newborns with NAS with a total cost of over $97 million. The cost for each infant with NAS increased from $31,514 in 2004 to $57,897 in 2013, with an average of 14 to 20 days per hospitalization. Payment for NAS claims com­prised less than three percent of total Medicaid claims. 4

NAS symptoms are character­ized by neurologic excitability and gastrointestinal dysfunc­tion (Table 1). Infants suffering from withdrawal are evaluated and treated based on the symp­toms exhibited.

There are several NAS scor­ing systems in use; the most widely used is the Finnegan Neonatal Abstinence Scor­ing Tool (FNAST). The FNAST evaluates 21 symptoms of NAS and treatment is based on the score. A newborn who is not experiencing withdrawal, or whose withdrawal is adequately managed, is expected to have a FNAST score of 8 or less.

Treatment of infants with NAS includes both pharmacologic and non-pharmacologic measures. Non-pharmacologic treatment is the baseline treat­ment for any infant exposed to intrauterine opioids and at risk for withdrawal. Parents, families and the staff caring for the newborn each assist in the non-pharmacologic management of NAS. Treatment consists of low stimulation activities that may be enough to control withdrawal symptoms and avoid the use of opiates. The components of non-phar­macologic management are low lighting, low stimulation (quiet environment), swaddling, gentle rocking, kangaroo care (skin-to-skin holding), clothed cuddling and small, frequent feedings of higher calorie (22 kcal/oz.) lactose-free formula or breastmilk (if the mother is in a treatment program). The higher calorie feeds meet the high metabolic needs of the infant with NAS for approximately the first week of life.3,5

Pharmacologic management is offered when non-pharma­cologic management fails to control the symptoms of NAS. Medication treatment is pro­vided with several medications; methadone and morphine are the most frequently used with phenobarbital as an adjunctive therapy.3 The Ohio Children’s Hospital Association NAS Re­search Collaborative found that use of a stringent weaning pro­tocol was the most important predictor of duration of opioid treatment and length of stay. The study also found patients receiving treatment with a protocol that used morphine had a longer duration of phenobarbital use than those using methadone.2

Several legislative bills were passed in 2014 to provide better monitoring of newborns with intrauterine substance exposure and assist in the diagnosis and treatment of NAS. A prescriber or their delegate may now access the Ohio Automated Rx Reporting System (OARRS) for information related to the mother of a patient if the information is for the purpose of providing medical treatment to a newborn or infant diagnosed as opioid dependent.6

In addition, all maternity units, newborn care nurseries and maternity homes are required to report all newborns born to Ohio residents who are dependent on opioids.7

There are multiple initiatives in Ohio and nationwide to address the problem of NAS. The Ohio Perinatal Quality Collaborative (OPQC) is currently working on a statewide quality improve­ment project with an aim “to increase the identification of and compassionate treat­ment for full-term infants born with NAS, thereby reducing the length of stay for these infants by 20 percent across partici­pating sites by June 30, 2015” (OPQC, Neonatal Abstinence Syndrome Project, 2012).

The Maternal Opiate Medical Support (M.O.M.S.) Project was announced in 2011 with a goal of supporting interven­tions and prenatal treatments that will serve 300 women. The project also intends to shorten the length of stay in NICUs by offering mothers counseling, medication assisted treatment and case management (Ohio Department of Mental Health and Addiction Services, 2015).

There are multiple ongoing projects in the state of Ohio to identify and treat the growing number of infants with NAS. The treatment goals are based on a consistent evaluation and scoring system with the aim to decrease the length of post-birth exposure to opiates as well as maximize the non-pharmaco­logic management of NAS.

Promise to Hope-Mother to Baby is a pilot project based at Miami Valley Hospital. The program provides free prenatal care and a physician dedicated to supervising the drug treatment of pregnant women. The program began accepting patients May 11, 2015, and intends to serve 100 women in the first year. Pregnant women using drugs can call 937-208-4814 for information.

Brigid’s Path is a facility that is being planned to allow infants to go through withdrawal out­side the hospital and in an envi­ronment that is more like home. Brigid’s Path will provide care for withdrawing babies and their families. (http://www.brigidspath.org) 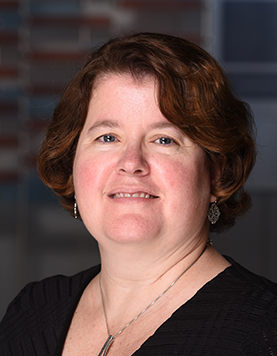