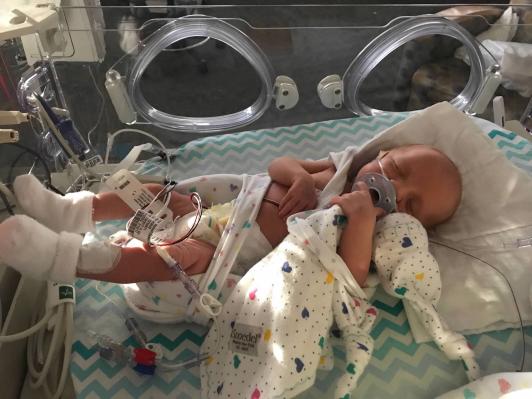 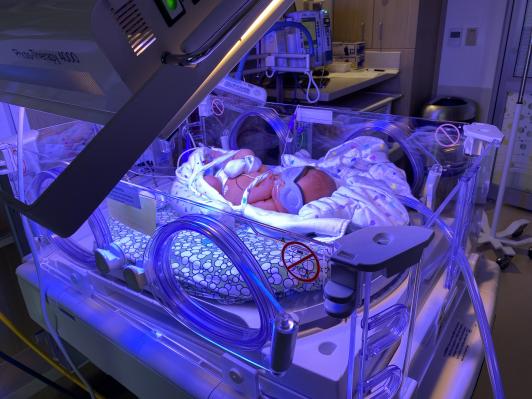 There and back again; an unexpected NICU journey for Cason and Kayden

“The transport team was amazing as they explained the transfer process and care plan. I knew Cason was in good hands,” Sarah stated.

During transport to Dayton Children’s, a highly skilled newborn intensive care unit (NICU) nurse and respiratory therapist work together to closely monitor babies and provide treatment along the way. This team is in frequent contact with a neonatologist throughout the transport process to ensure the highest-quality patient care.

Over the next 18 days, Cason was cared for by the NICU staff but one nurse wowed Sarah.

“Cason’s nurse, Kay, was always by his side. She anticipated our questions and had answers for us before we even had to ask!”

The Michael family also loved the family-centered rounds. Sarah said, “I was impressed that every day the clinical team came into the room and went over Cason’s care from the past 24-hours and the care plan for the next 24-hours.”

During family-centered rounds, the neonatologists, neonatal nurse practitioners, resident physicians, and nurses gather at the bedside to talk about how the baby is doing and discuss possible changes to the care plan. Rounds usually take place in the morning and parents are highly encouraged to participate in the care plan.

Three years later, Sarah was pregnant with a second son. Sarah’s OBGYN informed her there was a 50% chance of experiencing a second pre-term labor, as she had with Cason. Five weeks early, Sarah’s water broke, and she delivered Kayden. Just like his big brother, Kayden developed a pneumothorax. However, Cason’s triumphs gave Sarah confidence in her second son’s battle.

“It’s so scary to go through but I knew in the back of my mind that we would likely end up in the NICU again and that everything would be fine,” said Sarah.

two places at once

However, the second time around, the Michael family did have a challenge. With 3-year-old Cason at home, the Michael family couldn’t spend 24-hours a day beside baby Kayden. They used the NICVIEW® camera system to monitor Kayden when they were away.

The internet-based camera system, NICVIEW, allows parents and family members to see the baby from anywhere. An unobtrusive camera mounted above the baby’s bed delivers live-streamed video around the clock.

“It was comforting to be able to see Kayden, day or night, when we couldn’t be at the hospital,” said Sarah. 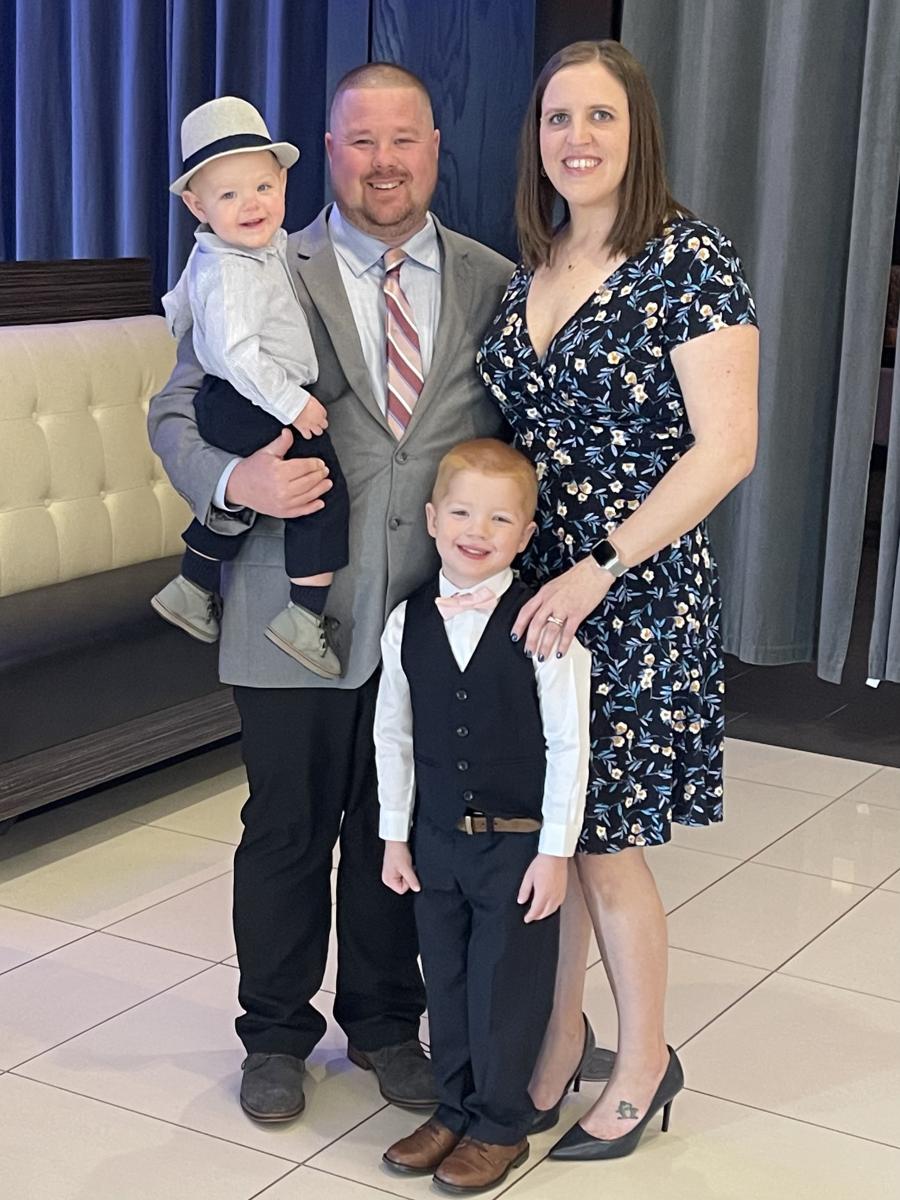 life after the NICU

Cason (age five) and Kayden (age 2) are healthy boys who enjoy playing with tractors and nothing slows them down. It is unlikely that Cason nor Kayden will ever remember their NICU experience, but Sarah always will. From the Dayton Children’s transport team to the clinicians, Sarah wants other parents to know:

“While it's stressful and heartbreaking to have your child need medical care, they are in the best hands possible!”

07/16/18 | news article patient tower turns one! thousands of children benefited from advanced technology, enhanced amenities and dedicated staff
11/17/21 | blog post 6 signs of pre-term labor If you have any of these signs or symptoms before your 37th week of pregnancy, you may be experiencing preterm labor.