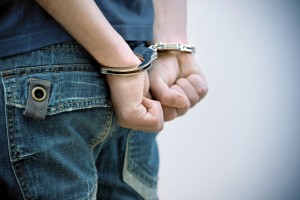 According to media reports, 14-year-old Josh was discovered in 2002 to have “fondled several minors.” After the family consulted with church elders and an Arkansas state trooper, Josh received some type of counseling for these offenses.

There are legitimate concerns about Josh’s “therapy” and how this case was managed by his family and the authorities. However, Josh has apparently led a productive life without any further allegations of inappropriate sexual behavior.

Josh is a participant in the reality series “19 Kids and Counting.” Since his teenage offenses become public, dozens of advertisers have cancelled their support of the program. Josh has been ridiculed and inappropriately described as a pedophile.

The sexual abuse of younger children by adolescents is a serious problem. In fact, 36% of sex crimes against children are committed by teenagers. These offenders are typically males, usually between 12 and 14 years of age.

These young teens are not pedophiles. Such a diagnosis requires that a person be at least 16 years of age and have a strong and continuous sexual attraction to children.

These teenage offenders typically have poor judgment, low impulse control and often a history of juvenile delinquency. Their sexual molestation of children is driven more by opportunity, control, and curiosity rather than a confirmed sexual inclination to younger kids.

The good news is that 85-95 percent of these teenage offenders are not arrested for any future sex crimes. They can successfully be treated. Therapy should done by professionals with specialized expertise in this difficult area, with a long period of supervision of the offender.

Caring about the treatment of juvenile sexual offenders does not diminish our overriding concern about their victims. Our highest priority should be directed to the abused kids in these situations. Let’s not minimize the psychological impact on younger children because the offenses were done by older kids.

However, our commitment to the mental health of children should be inclusive. We need to be just as concerned about treating a young teen with sexual acting out problems as we are in caring for kids with anxiety or depression.

I hope that families who are aware of their teen’s inappropriate sexual behaviors will not be discouraged from seeking help given the hysterical reaction to the disclosures about Josh. A sexual offense committed by a teen, who subsequently received professional treatment should not resonate for the rest of his life.

It’s not fashionable to advocate on behalf of teenage sexual offenders. However, these are kids! They need our support, love, and careful supervision rather than ridicule and demonization.