a legacy of caring 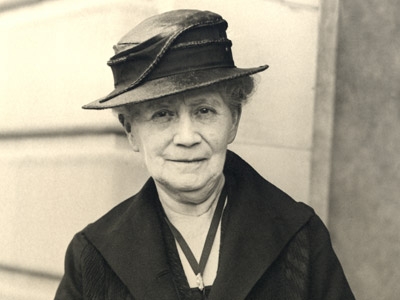 America was ending World War I, but in Dayton, Ohio a new beginning was underway. Annae Barney Gorman, a philanthropist and community activist, had purchased a building on Chapel Street and was making plans for a community center to offer health services, education and recreation for North Dayton residents. Within a year, Annae Barney Gorman opened the Barney Community Center, which provided neighborhood residents free clinics, occupational therapy classes, a milk station and lunch program. 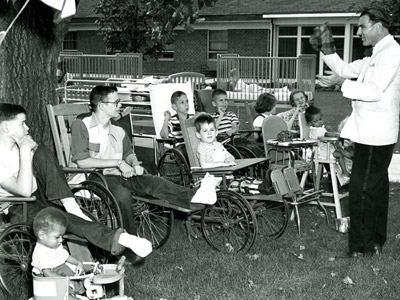 Throughout her life, Mrs. Gorman continued to be active and interested in the progress of the community center and lived to see it develop into the only convalescent hospital in the area designed to care for polio victims. To reflect the center's expanded mission, the name was changed to the Barney Convalescent Hospital in 1947. 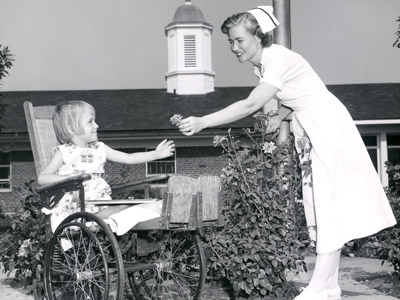 With the advent of the Salk and Sabin vaccines in the mid-1950s, the need for a strictly convalescent hospital diminished. About that same time, a new need emerged--the need for a pediatric hospital to care for seriously ill and injured children. In 1957, Elsie Mead worked tirelessly to form the Children's Hospital Society, which was dedicated to raising funds for the construction of a children's hospital. 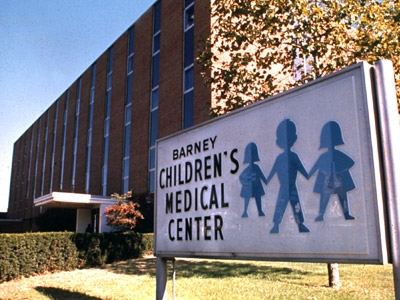 The board of the Barney Convalescent Hospital also recognized the need for a full-service children's hospital and joined forces with the hospital society in 1963. As the result of their efforts, The Barney Children's Medical Center, a four-story hospital located at 1735 Chapel Street, was opened in February 1967.

In 1970, the medical center's name was changed to The Children's Medical Center. Dayton Children's evolved into a 155-bed private, not-for-profit hospital for infants, children and adolescents. This commitment to serving as the area's only hospital devoted to pediatric care led the way to additional construction. In 1979, an address change was approved at that year's annual meeting. The Chapel Street address became One Children's Plaza.

In 1982 Larry Harkness became the next president and CEO of Dayton Children’s. Harkness began efforts to solidify the reputation of the hospital both locally and nationally and prove the capabilities that The Children’s Medical Center had to offer.

The abilities of the hospital grew and flourished during the 1980s. The hospital cared for conjoined (Siamese) twins, their first infant weighing less than one pound and a gunshot wound victim who had more than a quarter of his skull and brain destroyed. These cases illustrate graphically and dramatically the prominence Children’s achieved during this decade in handling the most complicated pediatric cases. 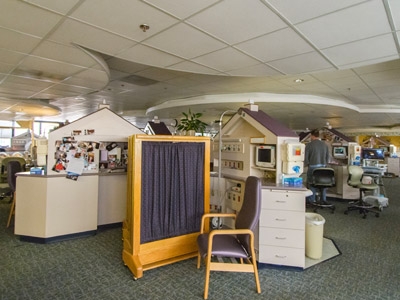 As its focus on cost-effectiveness and customer service increased at The Children’s Medical Center throughout the 1990s, so did its quality care. Staying abreast of medical and surgical advances, technology and training meant that Children’s sustained – and even surpassed – its long tradition of clinical excellence. A renovated newborn intensive care unit received the ICU Design Award from the American College of Critical Care Medicine and the American Institute of Architects. In 1996 the first “intensivist” physicians were hired to help centralize the care of critically ill patients. 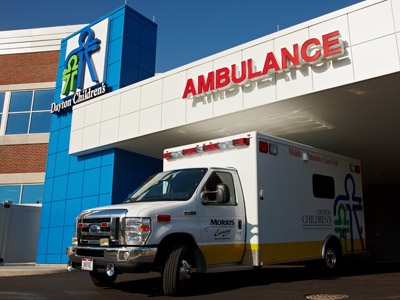 The area outside Dayton Children's underwent major changes during this decade. Extensive landscaping, a parking garage directly off of Valley Street, new wayfinding elements and signage, expanded and a renovated trauma and emergency center all made Dayton Children's more inviting and easier to locate.

Dayton Children's also began working with the Northeast Priority Board and other area organizations to brighten the Old North Dayton neighborhood that had been the hospital's home since its inception.

The 2000’s also brought a number of accreditations for the hospital including: 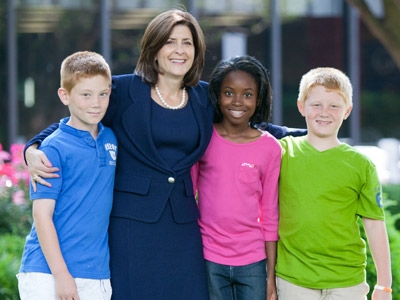 In July 2012, Deborah Feldman became the president and CEO in Dayton Children’s history. During this time Debbie led the hospital to make advances like they never had before. This included:

Even with all the growth at the main campus, it wasn’t enough to continue to provide the best care for the kids in our region. In June 2015, a south expansion plan was announced. Dayton Children’s south campus would expand beyond urgent care to provide a specialty care center, a 24/7 emergency department and an ambulatory surgery center.

During this time of physical growth, the hospital also saw major changes inside its walls from the hiring of dozens of new physicians, to starting new services and bringing new capabilities. Dayton Children’s was no longer the same children’s hospital it was even just a few years before. 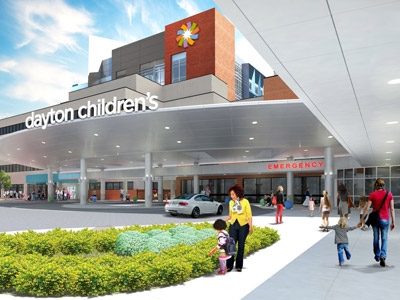 With all of this change going on, hospital leaders wanted to make sure that the community knew how the hospital was literally transforming from the inside out. In March 2016, Dayton Children’s launched its new brand identity after 42 years with the same logo. This new mark showcases the whirligig which was inspired by a toy given to the Dayton native Wright brothers as children which later inspired them to pioneer flight. The whirligig features a star at the center which shows that each child is our singular focus. During this time Dayton Children’s also launched a new tagline; above and beyond! 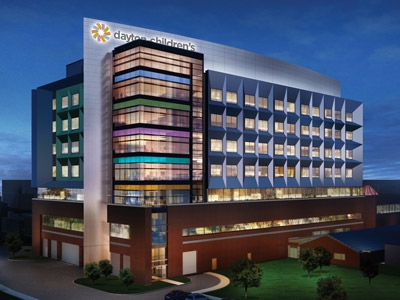 In June 2017, the eight story patient tower located in the center of Dayton Children’s main campus opened to provide state of the art care for patients. To date, this is the largest project in the hospital’s history. In order to build this new building and transform care for kids in the region, hospital leadership made a commitment to remain local with the project. Over 90 percent of the project was completed by local vendors, showcasing our commitment to the people, families and sustainability of our region.

today - going above and beyond 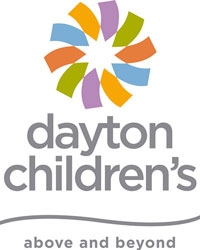 Our founders were pioneers who were inspired to create a local, specialized facility to serve the needs of our community’s children. Today we are continuing to look for ways to be pioneers and go above and beyond in patient care.

All with kids at the center of everything we do.

water beads can be very hazardous, especially to small children, if swallowed