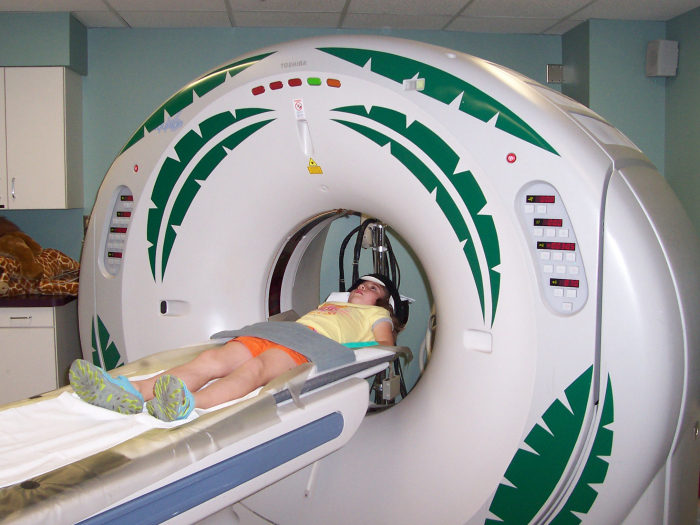 “Anything we can do to reduce radiation exposure in medical imaging is important, especially in small children,” says Elizabeth Ey, MD, medical director of medical imaging at Dayton Children’s.  “As pediatric radiologists, we are very aware that radiation exposure has small risks and that these risks are greatest in children because of their growing cells, small size, and longer life expectancy,” says Ey.

CT scans are a kind of X-ray and are typically ordered to look for things such as appendicitis, trauma, or abnormal growths. Fluoroscopy is a method of ‘real time’ X-ray that allows radiologists to see movement, rather than one still image.  Fluoroscopy is frequently used to see movement during swallowing, to evaluate for proper drainage of urine from the bladder, and to evaluate the position and movement of bowel.

The lower radiation dose for CT scans is made possible by newly available imaging software that can mathematically calculate the image information in CT using less radiation exposure.  The software, called AIDR 3D was purchased from Toshiba for $200,000 and can reduce radiation exposure by as much as 80 percent. The radiation dose reduction is greatest when imaging the neck, chest, and abdomen.

“There is a limit to how low a radiation dose can be used and still get a diagnostic image. If the dose is too low, there won't be enough information to make a clear image,” explains Ey. “The new CT upgrade allows a lower dose than what we have been using thanks to more sophisticated software that can create as clear an image as before with less information and hence less radiation.”

The department of medical imaging also recently added two new pulsed fluoroscopy radiology units and upgraded equipment to digital technology.  This new equipment is more sensitive and requires less radiation to produce a clear image, reducing the exposure by as much as 50 percent.

Dayton Children’s performs nearly 3,500 CT scans and over 3,000 fluoroscopy studies each year on children of all ages, from the tiniest infant to full-grown teenagers. The radiologists at Dayton Children’s are early adopters of the Image Gently pledge which promises to constantly take steps to reduce the amount of radiation used on patients. “At Dayton Children’s, we constantly seek to learn new and better ways to image children keeping their health and welfare above all else,” says Ey. “We consider each child and their condition individually in order to perform the most appropriate imaging study.” 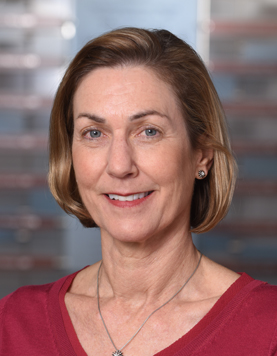 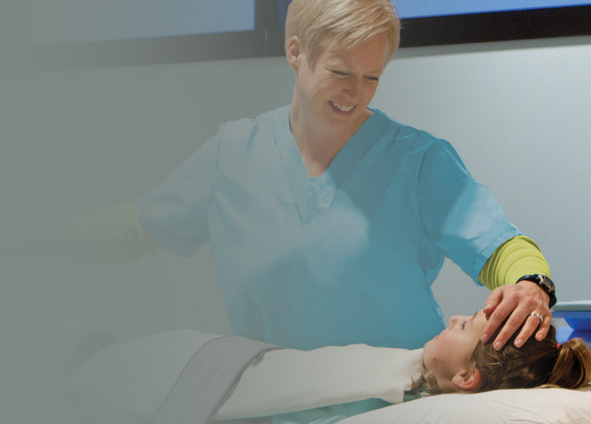