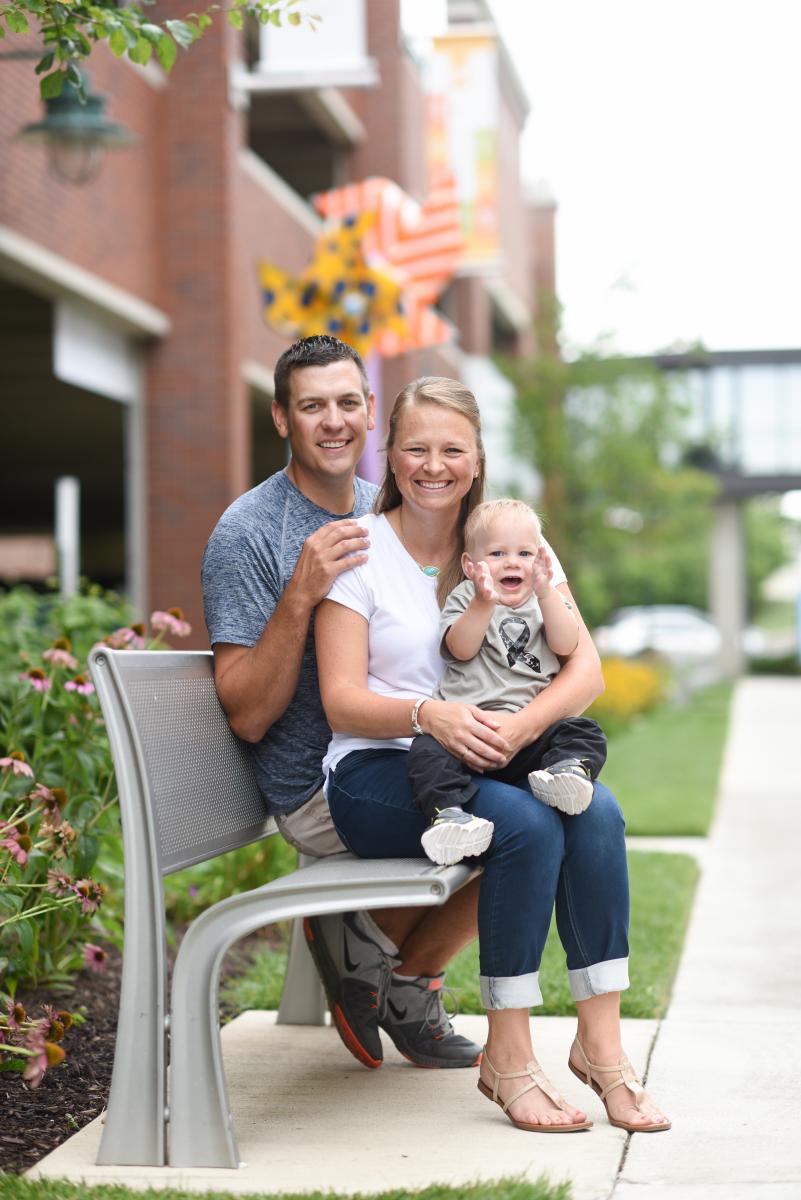 "We recommend termination.” The words from her doctor still echo in Carrie Sudhoff’s ears today as she watches her son Baylor teetering hesitantly, learning how to walk.

“We knew we were having a boy and he already had a name - Baylor. I called him that throughout my entire pregnancy,” Carrie shares. “We knew that with four other kids at home this would be the last child in our family. Termination was absolutely out of the question.”

Carrie first learned that something was wrong when she was 13-weeks pregnant and had a special ultrasound, called a nuchal translucency screening, which measures the baby’s nasal bone and fluid on the back of the neck, which can be signs of Down syndrome or trisomy.

Thankfully the scan didn’t show either, but something equally shocking  – his bowels were on the outside of his body called an omphalocele. An omphalocele is where the baby’s intestines, liver or other organs stick outside of the belly through the belly button. The organs are covered in a thin, nearly transparent sac. 1 out of every 5,000 babies born in the U.S. each year is born with an omphalocele.

“Termination was offered due to the high probability of additional birth defects associated with the diagnosis of an omphalocele,” Carrie says. “We immediately switched to a new specialist who was open-minded about our choices.”

Carrie’s new physician referred her to Dayton Children’s to have a fetal MRI at 20 and 36 weeks to further assess Baylor’s complicated condition and determine his birth plan.

“Ultrasounds are the most common tool to identify a possible problem with the fetus,” explains Elizabeth Ey, MD, division chief of medical imaging at Dayton Children’s. “We work very closely with fetal maternal medicine physicians to help care for mothers at risk for birth defects or abnormalities. Our goal is to provide as much information as we can about the baby so the care team and the parents can be as prepared as possible.”

Dr. Ey is currently one of the only physicians in Dayton that reads Fetal MRIs.

The fetal MRI was the ammunition that Carrie needed to refuse an amniocentesis, which carries a risk of injuring the uterus or causing pre-term delivery.

“We knew nothing was genetically wrong with Baylor from prenatal testing and the fetal MRIs at Dayton Children’s, we knew he could be delivered vaginally, which was critical to a quicker recovery with my four other kids at home, and we knew that he would need surgery immediately after birth,” Carrie explained. “We were fully armed with information and avoided the risks that come along with having an amniocentesis.”

Baylor arrived to Dayton Children’s the day he was born and surgery was scheduled for two days later.

“I wasn’t able to hold him until he was 1-day-old and that was the worst part,” shares Carrie. “When the NICU staff placed him in my arms I just remember weeping and thinking that we were so 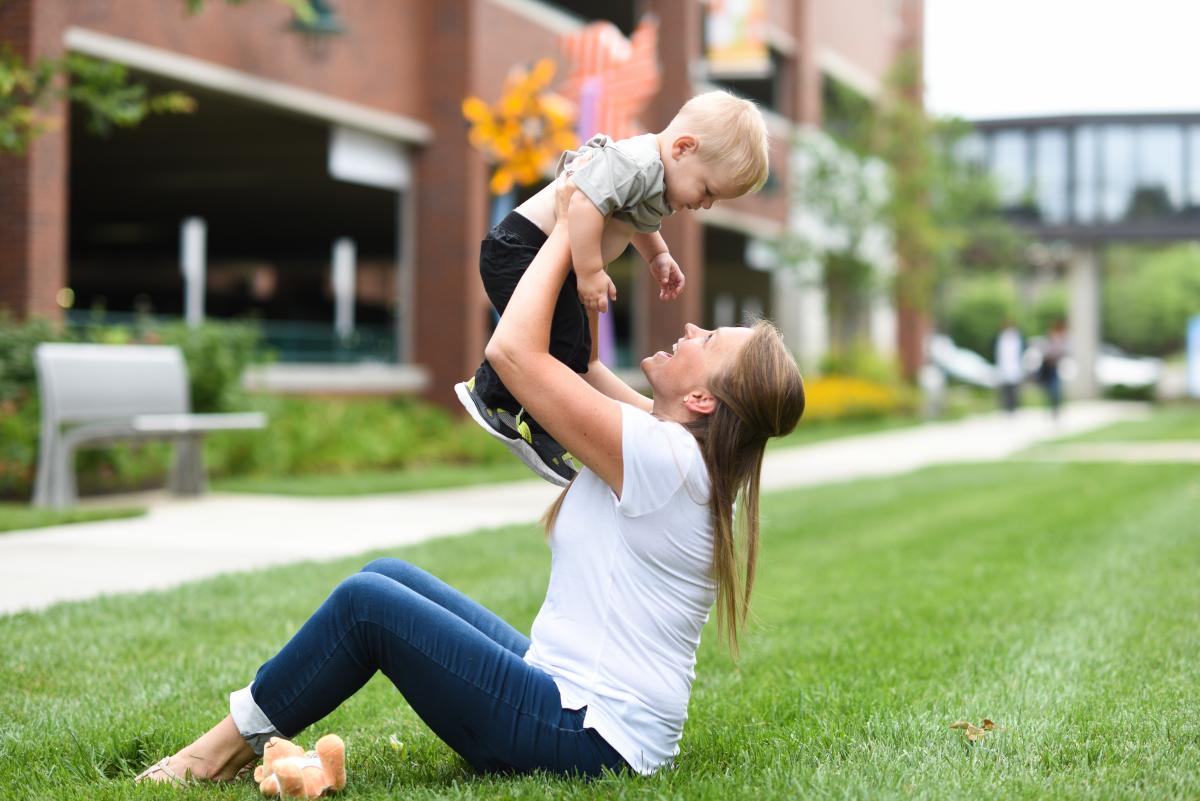 blessed. He was perfect.”

The next day, Baylor went into surgery. Surgery went exactly as planned. Baylor’s omphalocele and a section of his colon that had not formed correctly were repaired. After three weeks in Dayton Children’s NICU learning how to tolerate eating after surgery, Baylor was headed home to join his four other siblings as the final chapter in the Sudhoff’s family history.

Today, you could never tell by looking at Baylor that anything was ever wrong. “He’s walking, talking, climbing and even without his shirt, he has a perfect ‘outtie’ belly button because one was created for him during surgery,” shares Carrie. “The Fetal MRI allowed me to safely deliver Baylor.”

Today, Baylor will come in for surgery follow up annually and is hitting all of his developmental milestones.

“Baylor is such a happy kid, he smiles all of the time,” shares Carrie. “Now that we’ve survived all of this with Baylor, we are wondering if we should have another baby!”