home // the hub // news and blog // skipping into surgery

one mom shares her story of finding answers for her daughter's sleep problems. 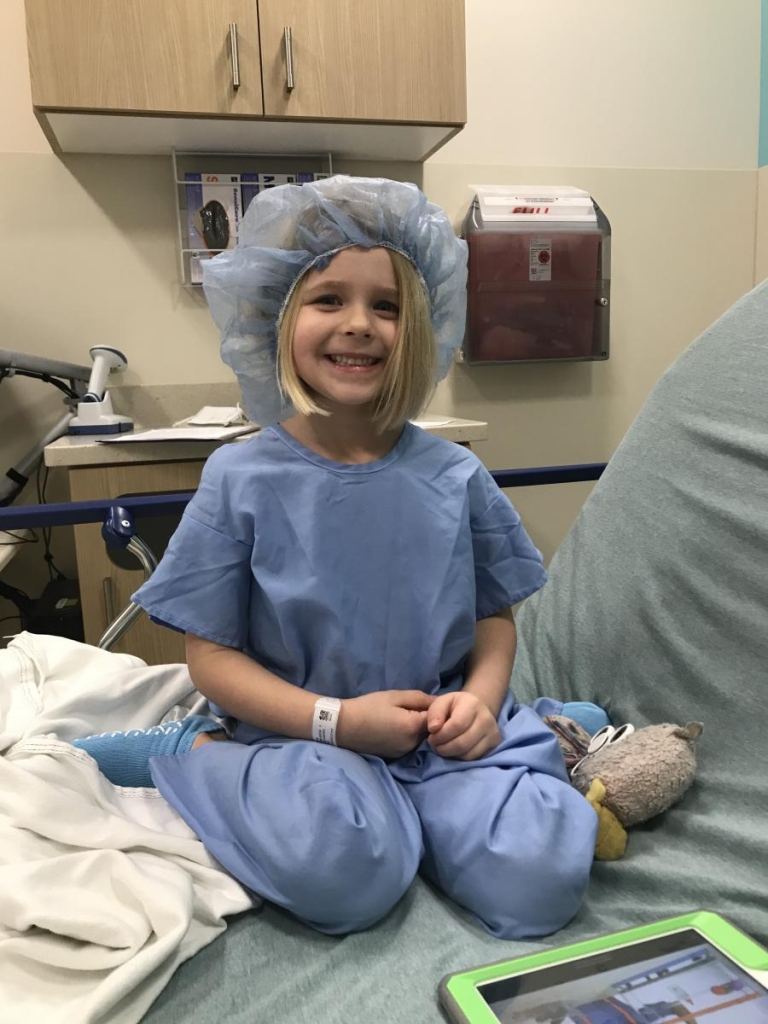 As a parent, all I wanted were answers. My 5-year-old daughter, Elin, wasn’t sleeping well. She snored and breathed heavily when she was asleep, and I’d even seen her stop breathing during her sleep a few times.

This had been going on for years. Elin had been a loud breather since she was born, and as any parent would, I brought it up to our pediatrician during every well visit. Each time, I was told she’d grow out of it, but I began to worry that we might be dealing with something that if left unchecked, could be dangerous. I hadn’t seen any improvement in five years, so the idea that she’d ‘grow out of it’ became more and more unrealistic in my mind. Searching for someone to listen, I asked for an appointment with a specialist at Dayton Children’s Hospital in the summer of 2018.

Within a couple of weeks, Elin and I found ourselves in front of sleep medicine physician Dr. Maninder Kalra, and I immediately felt like we were finally in the right hands. For the first time, someone was listening. During our first visit, I explained my concerns, and Dr. Kalra and his team not only asked follow up questions about Elin’s symptoms, but took the time to explain all my options and answer my questions. I never felt rushed or pressured.

Dr. Kalra suggested a sleep study, and although I wasn’t sure about spending the night in a hospital, I was willing to do whatever I could to get answers for my daughter. It turns out, I shouldn’t have worried.

During our visit with Dr. Kalra, we learned exactly what we could expect during the study. We even toured the room in which we’d be staying, which eased Elin’s apprehension.

The night of the study, we arrived with our pillows and PJs in hand, and were greeted by a friendly face who took on the difficult task of hooking a myriad of wires and monitors to little Elin’s body with ease. She made sure to explain to Elin what she was going to do with each application, and what that particular wire was going to measure. And to help her through the night, I was just within arm’s reach.

The sleep study revealed a mild form of sleep apnea. While you never want to hear something’s wrong with your child, I was so relieved. I finally had what I wanted – an answer. Thankfully, Dr. Kalra also provided several options for treatment. In the end, we chose a referral to ear, nose and throat surgeon Dr. Ankur Patel to have Elin’s tonsils and adenoids removed to allow for an unobstructed airway and easier nighttime breathing.

Let me tell you, choosing surgery for your young daughter is not easy. I wrestled with anxiety and guilt in the days leading up to the procedure. But I can honestly say that Dayton Children’s thinks of everything. Have you ever seen a little girl skip into a hospital on her way to surgery? I have!

Yes, we played up the prospect of popsicles after surgery, but it didn’t hurt that on the morning of surgery at the Dayton Children’s Springboro campus, we walked into a bright, colorful, and cheerful 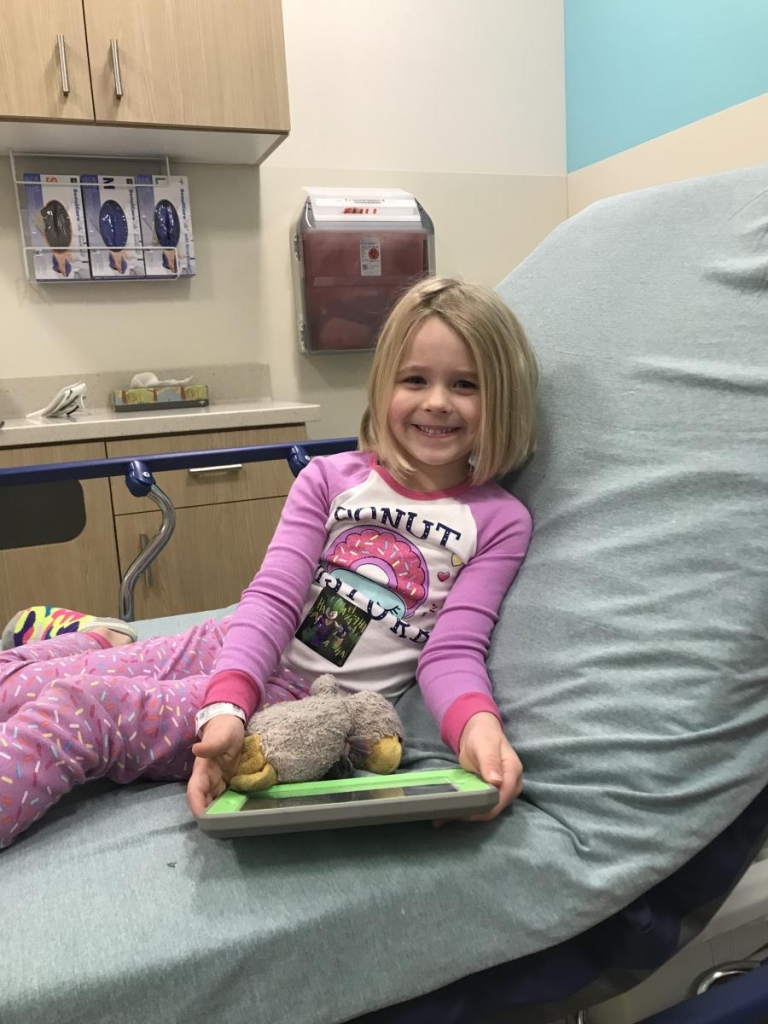 place with smiling faces who welcome you. When we checked in, the receptionist gave Elin a ball to play with and stickers. After we got settled in the pre-surgery room, the anesthesiologist stopped by to check in and talked directly to Elin. He even gave her a surgeon’s hat like his, complete with her favorite My Little Pony character!

When it was time for surgery, Elin hopped into a remote-controlled airplane and drove off on her own, giggling the whole way. While I had scored a hug before she took off, my husband wasn’t so lucky. She was so excited to get in the airplane that she wasn’t interested in saying her goodbyes. Honestly, I’d been dreading the hand-off, so it was quite a relief when she drove away with a smile on her face!

Recovery was no piece of cake, but the nurses were so patient with her after the surgery as she slowly came out of the anesthesia. She was grumpy and emotional, and even tried to pull out her IV, but the nurse stayed with her and talked her through it with a calming tone.

The following couple of weeks were filled with popsicles, mashed potatoes and soup. The nights were hard, but we’d been warned. We woke Elin every few hours to give her more pain medication, even when she knocked it out of our hands and cried in pain. Thankfully, we’d been prepared and given tips on how to make her as comfortable as possible.

Today, Elin sleeps soundly and is more rested in the morning. Her behavior has improved too, which is an added benefit! Most of all, I know that when I tuck her in at night she’ll sleep soundly, and I will too. 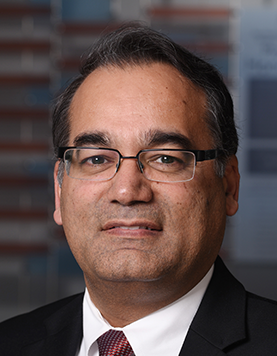 I can honestly say that Dayton Children’s thinks of everything. Have you ever seen a little girl skip into a hospital on her way to surgery? I have!