when doctors take a closer look

Many children who are victims of maltreatment do not experience it as a single event, but rather as a recurrent cycle within the family environment. This is important because morbidity and mortality often increases with recurrent episodes of abuse. Schmitt et al1 studied abused children who were returned to the home in which the abuse occurred without any specific intervention or safety plan. They found that those children had an increased risk of recurrent abuse by 35 to 50 percent and an increased risk of a fatal recurrent episode by 5 to 10 percent.

Similarly, Putnam-Horn­stein et al2 prospectively followed a group of 4 million children in Califor­nia following a nonfatal allegation of maltreatment. They found that children with a prior allegation of maltreatment died from intentional injuries at a rate that was nearly six times greater than children without a prior allegation. Data from our own state trauma registry3 in Ohio demonstrate that children who experience a single episode of abuse have a mortality rate of 9.9 per­cent. Even more alarming, however, this frequency increases to 24.5 percent for children experiencing a recurrent episode of abuse. What begins as a simple bruise on one occasion may progress to much more significant injury with subsequent events, including multiple fractures, abusive head trauma and even death. The phrase sentinel injury has emerged in the med­ical literature to describe a category of seemingly minor initial injuries that should serve as a warning to the health care provider of potential child abuse in the home. A 2013 study4 in Pediatrics reported one institution’s experience with sentinel injuries. A group of over 300 infants were reviewed retrospectively and split into two groups following a multidisci­plinary evaluation: those who were felt to be defi­nitely abused and those who were felt to not be abused.

Of the 200 abused infants, nearly one in three was identified as previous­ly having a sentinel injury, defined as an injury suspi­cious for abuse and report­ed to have been visible to at least one caregiver before the events leading up to the current admis­sion. These sentinel injuries occurred early in infancy: 66 percent of them before the age of 3 months and 95 percent of them before the age of 7 months. By comparison, not one of the 101 non-abused children had a history of a senti­nel injury. Of particular concern, for those children with a history of sentinel injury, medical providers were reportedly aware of the injury in nearly half of the cases. It is critical, therefore, for the health care provider to recognize injuries that may indicate abuse, prompt additional medical evaluation and may necessitate a report to child protective services. This article will highlight two such injuries that are commonly missed by health care providers:

Bruises are the most com­mon type of sentinel injury, accounting for 80 percent of injuries described in the Sheets’ study. As bruis­ing is common in both accidental and abusive injury, it is important for the clinician to consider the child’s age, develop­mental level, location of the bruising and medical history when evaluating a child with bruising. While bruising is rare in infants who are not yet cruising, it becomes increasingly more common as children age and develop. Bony prominences (e.g., shin, knee, chin, forehead) tend to be bruised accidentally in the cruising/ambulatory child, whereas soft tissue areas (e.g., ears, genitals, abdominal wall) are more concerning for an abusive mechanism (Figure 1).

Consideration for under­lying medical conditions, including coagulopathies, malnutrition and medica­tion use is important as well. Failure to carefully examine all areas of the body, including behind the ear, under the hairline or in the genital area increas­es the risk that bruising will be overlooked. While common in ambula­tory children, the presence of even a single bruise in a non-ambulatory child should raise the con­cern for possible abuse. Children who are not yet able to pull to a stand are unable to generate the force to cause rupture of the blood vessels which result in the visible bruise. Bruising, in fact, has been shown to be exceedingly rare in infants who are not yet cruising and/or less than 6 months of age.5,6

Injuries of the oral cavity vary in mechanism and can include abrasions, bruises, tooth avulsion/ fracture and burns. Frenu-lum tears are a common injury to the mouth that can be subtle and, there­fore, often more difficult to recognize. The frenum is a narrow reflection or fold of mucous membrane. There are three in the mouth: one attaching the dorsum of the tongue to the floor of the mouth, and one each attaching the upper and lower lip to the gum. Much like bruising, tears of the lingual and labial frenula (frena) have been described after several types of accidental trauma, including acci­dental falls in ambulatory children. A torn frenulum in a non-ambulatory child, however, should be considered highly con­cerning for abusive injury as a non-ambulatory child simply can’t generate the force necessary to tear the mucosa (Figure 2). This injury may be caused by a frustrated caregiver force feeding a child with a bottle nipple or spoon, or forcing any other object into the mouth, such as a pacifier. The injury may also be caused by a direct blow to the mouth with a hand or other object. The differential diagnosis of this injury may include accidental injury, infectious causes such as herpes gingivostomatitis or her-pangina caused by Cox-sackievirus or congenital anomalies such as hyper-trophic frenum or midline sinus of the upper lip.

A comprehensive inspec­tion of the hard and soft palates, lingual and labial frenula, gingiva, tongue, buccal mucosa, posterior pharynx and teeth (if pres­ent) is necessary to fully evaluate for abusive injury to the mouth. These injuries are often overlooked when a busy clinician conducts a suboptimal examination. A subtle frenulum tear may be the only warning sign of abuse for the clinician. The infant in Figure 2 was misdiagnosed on initial hospitalization as having a focal infection and re­turned within three weeks with a significant abusive head injury. Frenula tears, in fact, have been re­ported in the literature as being identified in non-am­bulatory infants who later return with abusive head trauma.7

Once a suspicious injury is identified in an infant, a full medical and psychosocial history, as well as an evaluation for other injuries, is recommended. This evaluation includes a skeletal survey to evaluate for the presence of frac­tures; a noncontrast head computed tomographic (CT) scan to evaluate for occult head injuries in any child less than 6 months of age and any child with bruising to the head or neck, or with altered men­tal status; and liver transaminases to evaluate for occult abdominal trauma. An ophthalmology exam­ination may be warranted to evaluate for the pres­ence of retinal hemorrhag­es in select cases. These recommendations are well summarized in a recent clinical report8 from the American Academy of Pe­diatrics, and consultation with the Child Advocacy team at Dayton Children’s is strongly recommended if there are any questions or concerns.

In conclusion, acciden­tal injury in ambulatory children often leads to bruising and/or injury to the mouth. When these same injuries are detect­ in the non-ambulatory infant, however, the clinician should have a much greater concern for physical abuse. The cli­nician must be diligent in physical examination skills and maintain a high index of suspicion to both recognize, and appropriately respond to, these sentinel injuries. It is important that once a sentinel injury is identified, no matter how small or singular, that the appropriate evaluation for child physical abuse is completed and consultation with the child advocacy team is completed when necessary. Doing so may be the single most effective way to prevent a child from experiencing subsequent harm, and may even save a child’s life.

This article is part of a recent issue of Pediatric Forum, a journal for physicians by physicians. Explore the rest of the issue for a chance to earn CME credits. 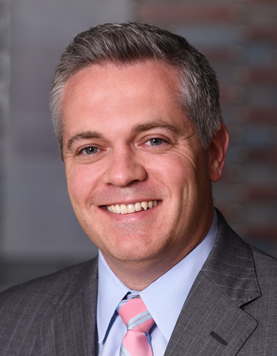 learn more
08/16/19 | blog post public health and gun violence If gun violence was an epidemic a year ago, then it is nothing short of a crisis today.
08/19/20 | news article partnering in optimal health for kids Collaboration with CareSource, Nationwide Children's and Partners for Kids will provide health benefits for vulnerable kids 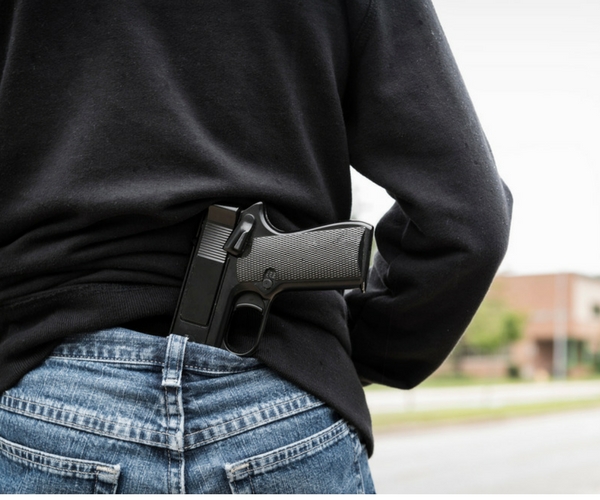 The recent school shooting in Parkland Florida leaves parents wondering "how do I talk to my kids about this?"