two kids with cystic fibrosis under one roof 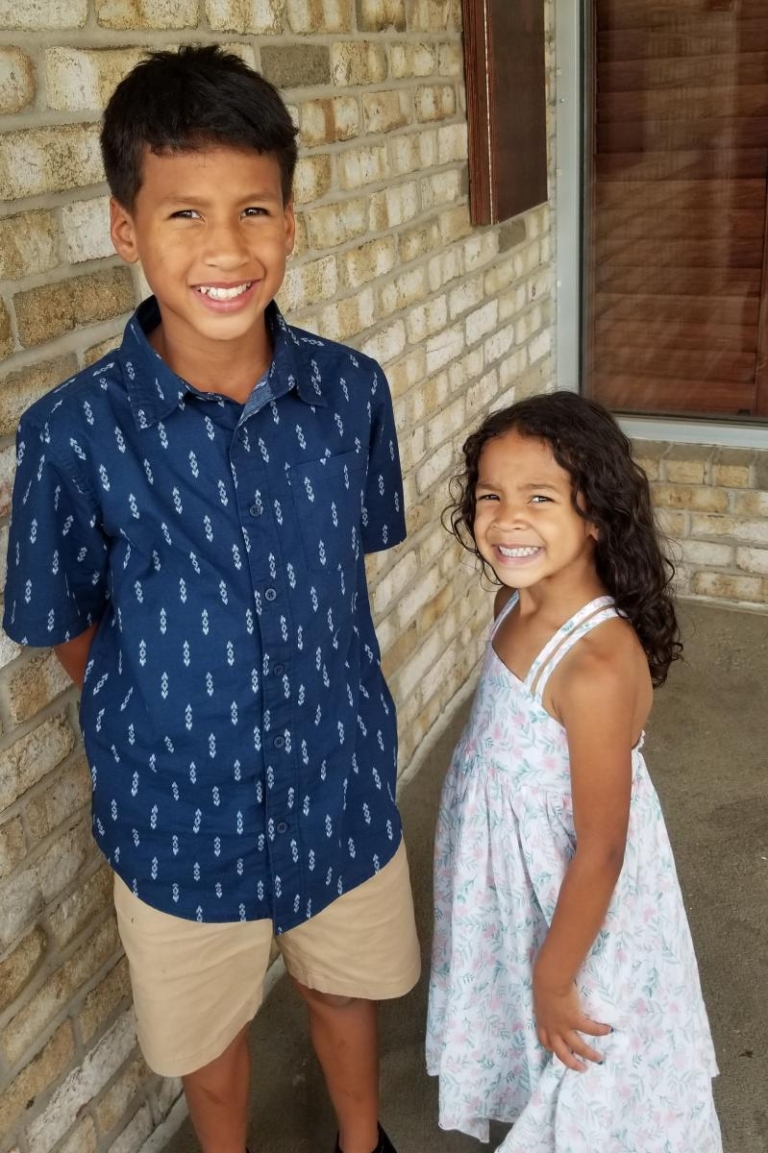 The McKinney family has become very familiar with Dayton Children’s Hospital over the years. In 2010, Michelle and Kenneth’s son, Kilik, was referred to the division of pulmonary medicine at just 2-weeks-old when his newborn screening test indicated a positive result for cystic fibrosis (CF).

Cystic fibrosis is an inherited disease in which the body makes very thick, sticky mucus, according to KidsHealth. The mucus causes problems in the lungs, pancreas and other organs. People with cystic fibrosis get lung infections often, and over time they can have more trouble breathing.

Michelle had never heard of cystic fibrosis prior to Kilik’s diagnosis. At their first appointment at Dayton Children’s, Michelle was given binders and an abundance of information on the disease, and Kilik was immediately started on medication. “It was overwhelming,” said Michelle. “I questioned if my child would have to live in a bubble for the rest of his life.” Overtime, Michelle and Kenneth grew as parents and they started to appreciate their journey with cystic fibrosis.

adapting to changes in their journey

In 2016, the McKinney family grew by two tiny feet and welcomed baby sister, Vanessa. Vanessa followed in her big brother’s footsteps and tested positive for cystic fibrosis during her newborn screening. With a fear of exposing Kilik and Vanessa to one another’s bacteria, this took the McKinney’s journey with cystic fibrosis down a new path.

The McKinney’s adapted quickly and found ways to ensure Kilik and Vanessa’s cystic fibrosis was being managed appropriately without putting either child at an increased risk of getting an infection. They do their treatments in separate spaces, use their own inhalers and keep their medications separate.

Now that Kilik and Vanessa are older, keeping them separated during treatments has become easier. Kilik wakes up early to do his treatment while Vanessa is still sleeping. And much like a typical preteen, Kilik likes to keep to himself in his room, which gives Vanessa the run of the main living space.

Kilik and Vanessa have been followed by Gary Mueller, MD, pediatric pulmonologist and program director of the Cystic Fibrosis Center at Dayton Children’s since their diagnoses at 2-weeks-old. Although Kilik and Vanessa both have cystic fibrosis, their journeys can sometimes be very different with inpatient stays and doctor visits. Appointment days can be very long with lung function tests, lab work and talking with multiple people on their cystic fibrosis team, while the inpatient stays can seem very isolating and discouraging.

“Our cystic fibrosis team does an amazing job at listening to us and our needs and ensures we have all the resources we need to navigate having two children with this disease.” – Michelle

During appointments, each child is looked at as a whole person with a heightened focus on nutrition, lung function and mental health. If there is a big dip in their lung function, weight or physical exam, further investigation and action is taken. The family attempts to manage any concerns at home, but if they are not successful or the change is too great, inpatient hospitalization for IV antibiotics along with respiratory and nutrition therapy is needed. This is known as a tune-up in the cystic fibrosis community.

Typically, tune-ups require a two-week hospital stay. However, Kilik and Vanessa are just two of four McKinney children, which makes inpatient stays more challenging because Michelle and Kenneth must divide and conquer. The last several times Kilik or Vanessa were inpatient, they were able to reduce their hospital stay to just one week and complete the second week at home. While this eases one burden for the family, it also means Michelle turns into a nurse, a respiratory therapist and all the other important caregivers who are involved in Kilik and Vanessa’s care when they are in the hospital. Early on in their diagnosis, it was anticipated that Kilik and Vanessa would require a tune-up every one to two years. As they have grown, it has evolved into a less frequent need, as they rely on an extensive maintenance of health regimen, greatly improved by the recent addition of the newest class of CF medications known as CFTR modifiers. Vanessa has only had to have one tune-up since being diagnosed, and Kilik hasn’t had one in over three and a half years. 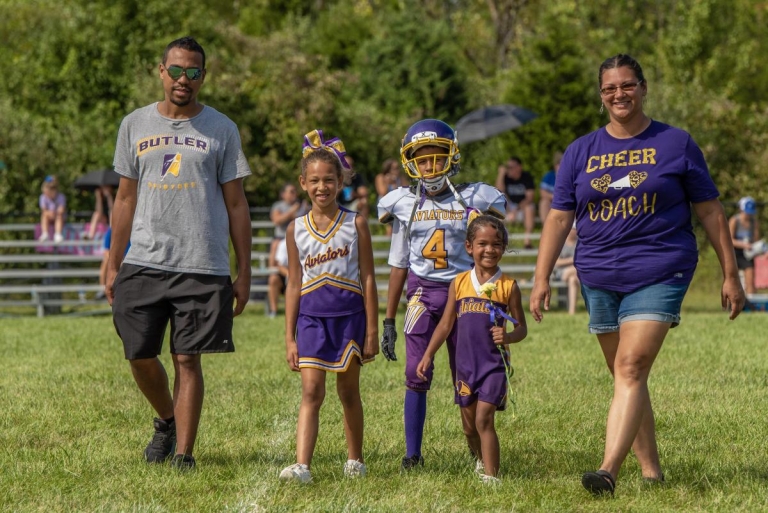 Early on Michelle thought Kilik and Vanessa would be really restricted when it came to physical activities and sports wouldn’t be a possibility. Her perspective was changed during one of their inpatient stays when their respiratory therapist took time to listen to Michelle’s concerns. The therapist suggested a handful of social media accounts for her to follow that show people with cystic fibrosis participating in incredible physical activities like body building and other sports.

That single conversation inspired Michelle to let Kilik play football in fourth grade. Not only did he play football, but his lung function improved during the season. Kilik will be in seventh grade in the fall and he’s excited to play football. Vanessa will be starting kindergarten and participating in her school’s cheerleading program.

Cystic fibrosis is a progressive disease but because of new medications and treatment options, patients like Kilik and Vanessa can go longer between hospital stays and they are able to participate in sports with minimal difficulty.

05/23/22 | patient story a new lease on life with cystic fibrosis When we first shared Luke Bemus' story in 2018, he had already been living with his diagnosis of cystic fibrosis for nearly eight years. Now he is graduating from high school and on to his new chapter in life, despite his diagnosis.
06/15/21 | news article tops in children's hospitals - again! U.S. News & World Report name orthopedics and pulmonology programs among the top in the country.