a new lease on life with cystic fibrosis 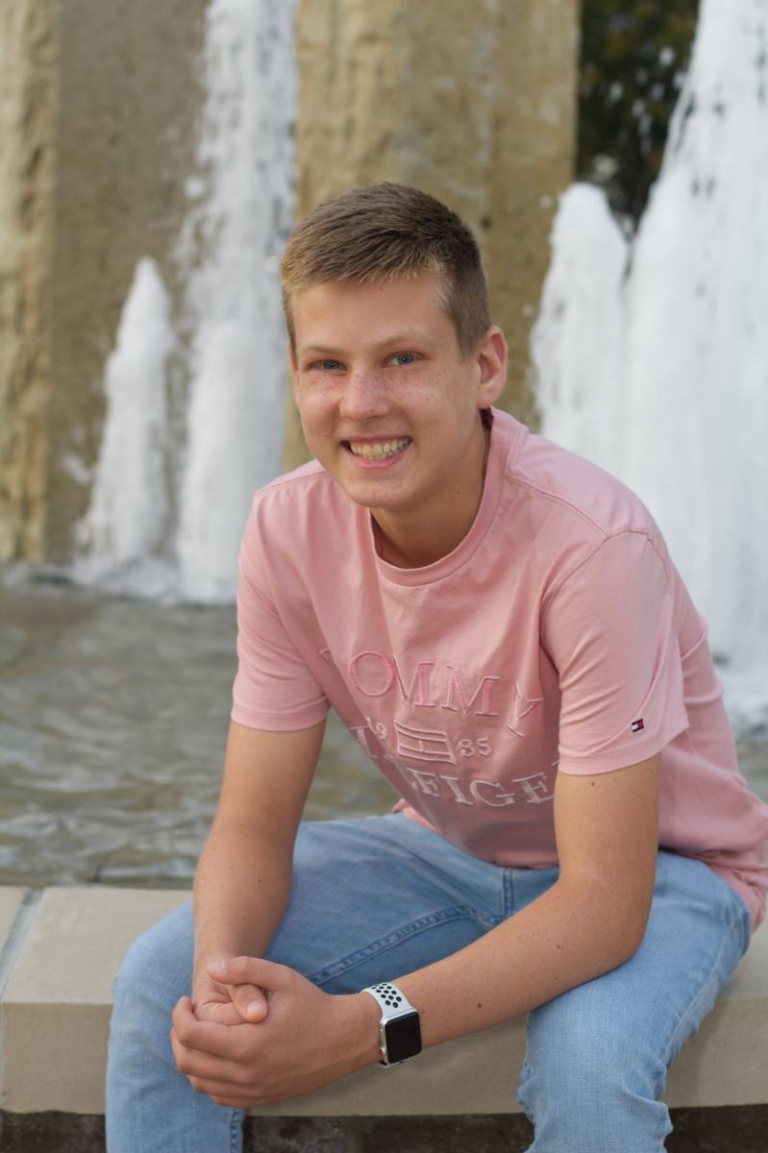 For many years Luke has been an ambassador for Dayton Children's, sharing his story of living with cystic fibrosis since 2010. Cystic Fibrosis (CF) is a genetic condition that causes mucus buildup in the lungs, pancreas and other organs.

Although Luke and his parents, Dave and Tammy, have been managing his cystic fibrosis perfectly, he has struggled for many years with malabsorption and other CF co-morbidities, which means he has a very difficult time gaining and maintaining a healthy weight, among other concerns as well.

In December 2019, following multiple tests, Luke had an appointment with Gary Mueller, MD, pediatric pulmonologist and program director of the Cystic Fibrosis Center at Dayton Children’s Hospital. Dr. Mueller explained that the test results revealed osteoporosis was starting in his spine and his 2% BMI (body mass index) was dangerously low.

In the meantime, Luke became eligible to receive the newest CFTR (cystic fibrosis transmembrane conductance regulator) medication, Trikafta, and was waiting for insurance approval. After going through all the preauthorization, Luke received the new CFTR drug on February 5 and started this first dose the next day.

A week later, Luke had surgery to have his g-tube placed. His surgery was a huge success and Luke did great.

“We started to see a subtle improvement in his weight with the feeding tube, but he was feeling so much better that he started to have a better appetite and his migraines were less frequent,” said Tammy. “Luke was not only improving with his appetite, but his lung function was also stabilizing because of the new medication. The combination of the two has given him a new lease on life!”

In January, prior to the new medication and surgery, Luke weighed 92 pounds and was 5-feet, 5-inches at 16-years-old. He has continued to thrive and grow mo

re than anyone anticipated and now he is 5-feet, 8.5-inches tall and weighs 142 pounds!

With this winning combination of medication and the g-tube placement, Luke is finally feeling like he can enjoy life as a teenager. He has more energy and can go to the gym several times a week to work out with his friends. Luke loves to lift free weights, do bench press, and leg workouts. Outside of the gym he also enjoys playing golf and disc golf.

Not only is Luke thriving physically, but he is also excelling in school. He has always had an interest in math and science, but recently found a passion for 3D printing and CAD design. In the fall, he will be attending Ohio Northern University to study mechanical engineering.

For those who know Luke well, his choice of study is no surprise. When he was hospitalized for weeks at a time, he was always creating something out of Legos or cardboard. His child life specialist at Dayton Children’s knew Luke so well and always had cardboard and other materials ready for him to fuel his creativity. Whether he was making a lemonade stand, a plinko game or skee ball, Luke enjoyed interacting with his care team at Dayton Children’s. He has always been one to make the best out of any situation and over the years he has built many friendships with nurses, doctors, nurse aids, respiratory therapists, child life specialists and housekeeping. “Dayton Children’s became a second family,” said Tammy. “We are very thankful for every individual who cared for Luke throughout his journey.”

For the last eleven years, Luke has persevered through many trials and setbacks that would make others want to give up, but his faith never wavered. Now he is thriving and following his dreams to go to college and to become an engineer!

Dave and Tammy are so proud of Luke’s accomplishments. He always works hard, stays positive and lives his life as a victor and not as a victim of an incurable disease. As Dave and Tammy anticipate with great joy to see what Luke is going to do in life, they also hope he sees the cure for cystic fibrosis in his lifetime.

As Luke moves into this new chapter of his life, he wanted to share some advice with others who may be going through a similar situation.

“Have faith, stay positive, never give up and always be the best you can be. Everyone has something they have to deal with, whether it’s physically or mentally. We all have setbacks, we all have trials that we sometimes cannot control, but we can control how we deal with them and our attitude towards them.” – Luke Bemus, 18

05/22/22 | patient story two kids with cystic fibrosis under one roof Having two children diagnosed with cystic fibrosis can certainly be cause for concern, but the McKinney family quickly adapted and found ways to manage Kilik and Vanessa's care without putting them at increased risk of infection.
06/15/21 | news article tops in children's hospitals - again! U.S. News & World Report name orthopedics and pulmonology programs among the top in the country.