Symptoms such as hives, vomiting and wheezing can signal a possible food allergy. These symptoms result from an immune reaction mediated by the ingestion of a particular food. This reaction is reproducible with every consumption of the offending food. Specific testing to the offending food validates the cause of these symptoms. The prevalence of food-based reactions has been increasing over the past decade. This rapid rise in food allergies has prompted a widespread effort to discover, and possibly prevent, the etiology.

In 2000, the American Academy of Pediatrics (AAP), based on expert opinion, recommended that infants who were at risk for food allergy avoid the introduction of milk until 1 year of age, eggs until 2 years of age and nuts and fish until 3 years of age.1 From 1997 to 2008, the prevalence of peanut allergy in children rose from 0.4 to 1.4 percent, while tree nut allergy increased from 0.6 to 2.1 percent.2 In 2008, citing lack of evidence that delaying the introduction of complimentary foods decreased food allergy, the AAP reversed its earlier position.3

Since the publication of this landmark trial, discussions regarding the implementation of these findings into the general population have been the subject of multiple articles. In January 2017, an expert panel from the National Institute of Allergy and Infectious Diseases (NIAID) produced an Addendum Guideline for the Prevention of Peanut Allergy to accomplish this goal. 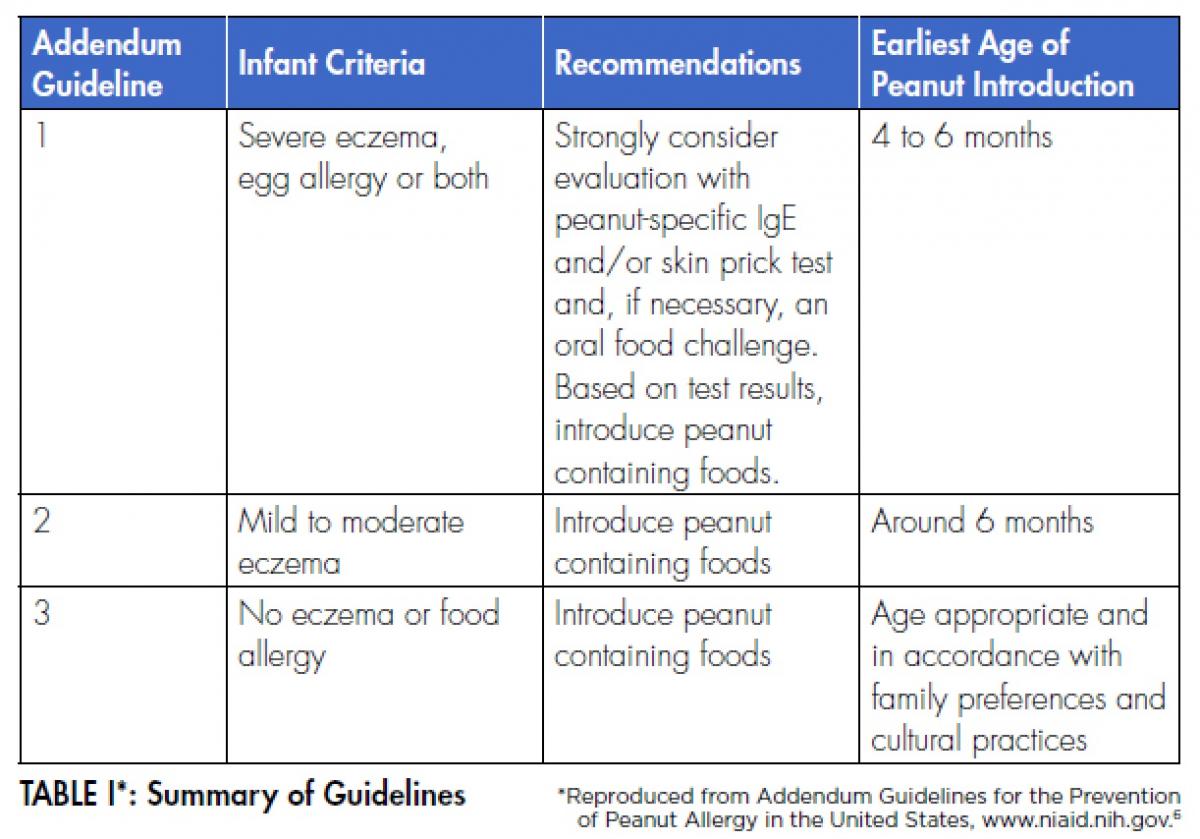 The first guideline recommends, prior to peanut introduction, infants with severe eczema (see definition) or egg allergy (see definition) undergo a screening evaluation. To ensure that multiple providers could conduct screening, the expert panel recommended starting with a peanut-specific IgE level.  If this level is less than 0.35 kUA/L, there is low risk of reaction and peanut can be safely introduced at home. However, if the peanut value is > 0.35 kUA/L, then specialist evaluation should ensue (orange boxes in Figure 1). During specialist evaluation, skin prick testing (SPT) to peanut should occur. Patients are then stratified into three groups: (1) SPT is 0 to 2 mm; this group has low risk and may introduce peanut proteins at home, (2) SPT is 3 to 7 mm; this group has moderate to severe risk and peanut protein introduction should be completed under supervision, (3) SPT .8mm; these patients are likely allergic to peanut proteins and avoid peanuts unless under the supervision of a specialist (blue boxes in Figure 1). The expert panel also suggests that this evaluation is conducted at 4 to 6 months of age and that peanut proteins are introduced as soon as solids are developmentally tolerated.

The expert panel recommends no evaluation for infants with mild to moderate eczema. Peanut protein should be introduced near age 6 months to prevent peanut allergy. The infant should have the developmental capacity to tolerate ingestion of solids. Cultural practices and family preferences should dictate the introduction of peanut proteins. This recommendation is based on expert opinion, as these infants were not thoroughly studied in the LEAP trial.

Infants with no eczema or history of food allergy can have peanut proteins introduced into the diet in accordance with family preference or cultural practices.

After the LEAP study, many of the patients participated in the LEAP ON trial. During this trial, participants from the LEAP trial avoided peanut protein for 12 months regardless of their original peanut consumption status during LEAP. Peanut allergy did not increase significantly in the group who had initially consumed peanut and then abstained for one year.8  This suggests that infants who develop peanut tolerance after sustained consumption can stop without increasing their risk for peanut allergy. It is unknown whether stopping peanut consumption earlier would result in sustained tolerance. Because of this lack of data, it is unknown how long peanut protein consumption must continue to avoid allergy.

Peanuts and peanut butter are a choking hazard to infants complicating the introduction of peanut proteins into their diets. The NIAID guidelines state that infants should have the developmental ability to tolerate solids prior to the introduction of peanut proteins. In the Journal of Allergy and Clinical Immunology article which discusses these recommendations, the authors suggest thinning peanut butter with hot water or making a puree with fruit.7   This article additionally provides guidance for home challenges and can serve clinicians well with the implementations of the above guidelines. 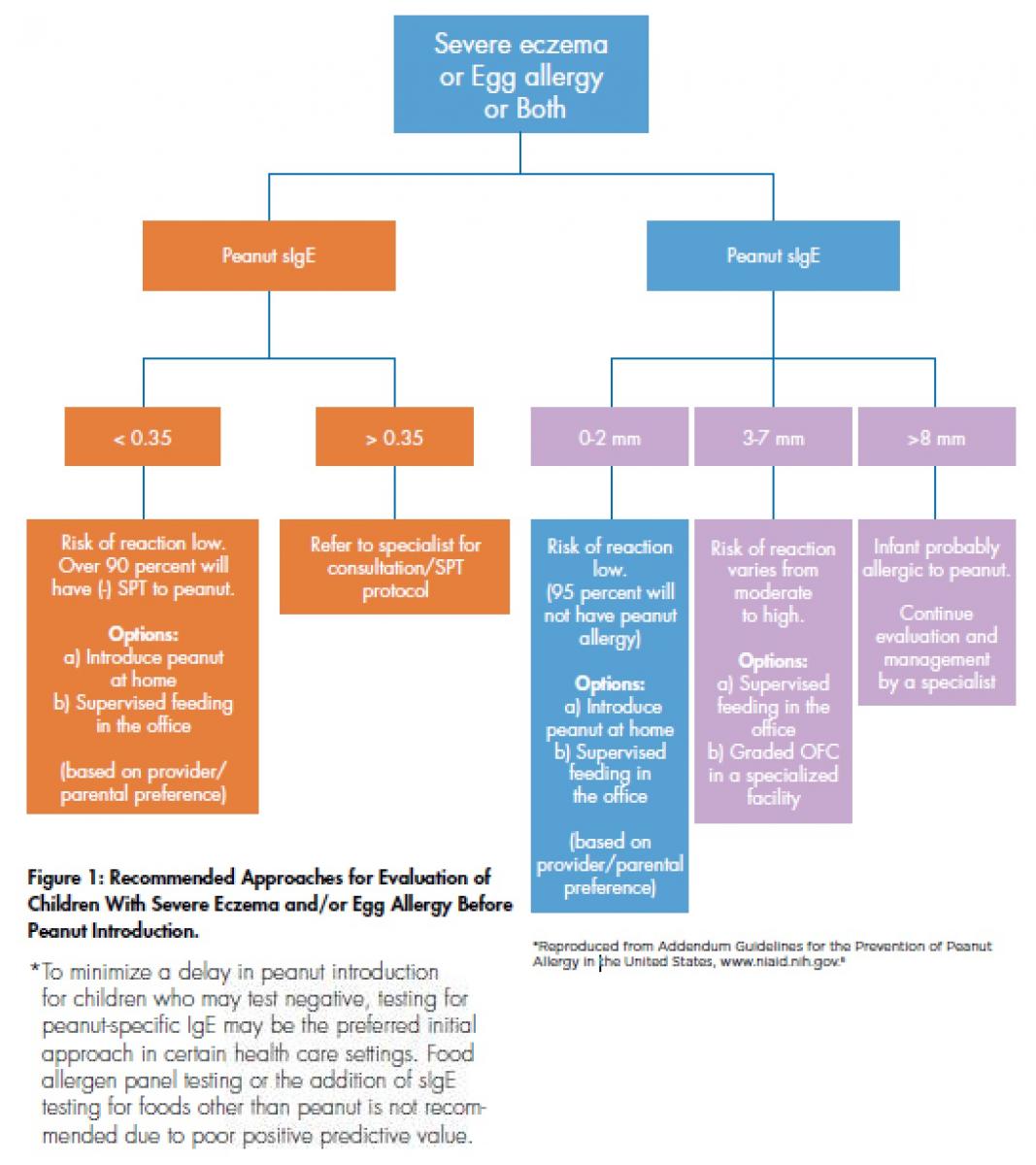 This article is part of a recent issue of Pediatric Forum, a journal for physicians by physicians.

3. Greer FR, et al. Effects of early nutritional interventions on the development of atopic disease in infants and children: The role of maternal dietary restriction, breastfeeding, timing of introduction of complementary foods, and hydrolyzed formulas. Pediatrics. 2008;121(1):183-191.

4. Du Toit G, et al. Early consumption of peanuts in infancy is associated with a low prevalence of peanut allergy. Journal of Allergy and Clinical Immunology. 2008;122(5):984-991.

7. Togias A, et al. Addendum guidelines for the prevention of peanut allergy in the United States: Report of the National Institute of Allergy and Infectious Disease-sponsored expert panel. Journal of Allergy and Clinical Immunology. 2017;139(1):29-44. 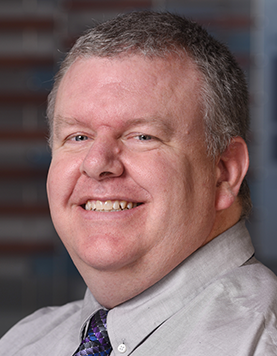 learn more
08/14/17 | research article solving the peanut problem Introducing peanuts earlier may lessen allergies
10/19/17 | blog post EpiPen options With the recent spike in EpiPen costs what are other options on the market? 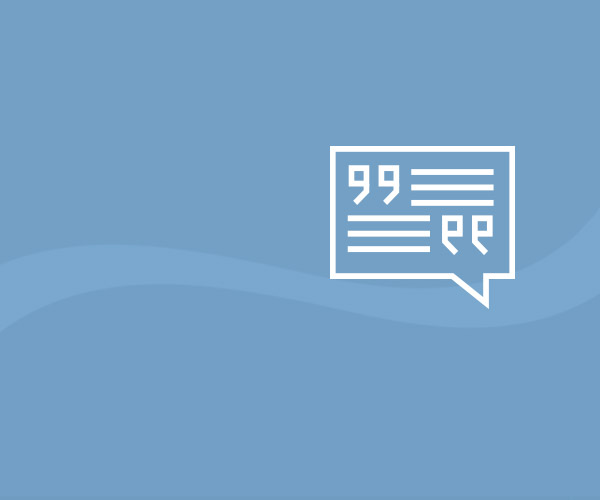