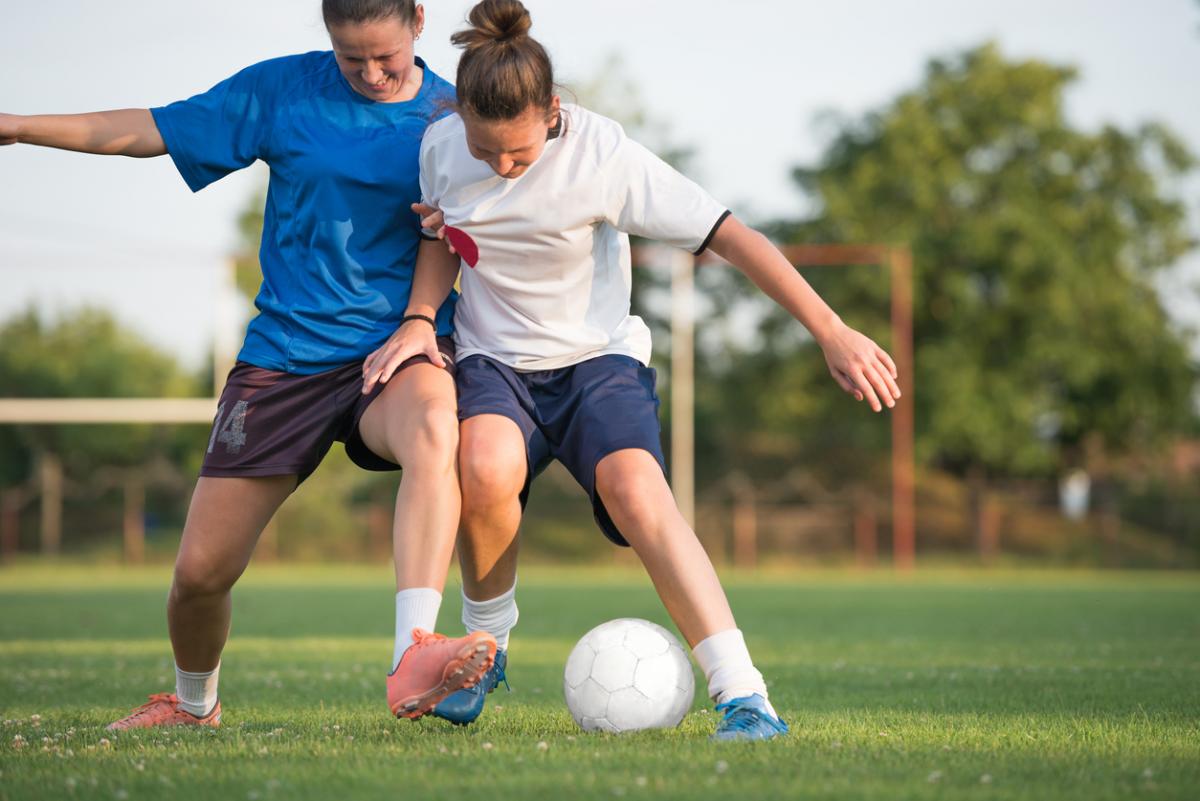 Concern for our kiddo’s safety in sports comes naturally as they grow older and play harder against tougher competition. There is no preventing the player collisions that invoke an audience gasp or a rolled ankle due to extreme fatigue. Knowing these injuries may occur to our youth at some point may be acceptable, as long as they aren’t too catastrophic.

But what if I told you your athlete is more susceptible to catastrophic injuries simply because she is female?

Children of both genders go through growth spurts from the early to late teens and sometimes even in their early twenties. The growth plates are open, making young athletes more susceptible to fractures and ligament tears. The difference in genders, however, is that boys develop more muscle mass, typically have less lax ligaments and hold a good quadriceps-to-hamstring strength ratio. Girls have the same ability to strengthen their muscles to help them excel in sports, but the nature of their growth seems to put them at a disadvantage. In addition, the female pelvis is typically wider, which forces their legs into a downward direction and puts more pressure directly on the knee joint when walking or running.

Girl athletes have a five times higher chance of tearing their ACL in sports than boys. 70 percent of those injuries come from non-contact mechanisms, such as planting the leg and twisting the knee or landing with the knees locked out. Knowing these statistics, it is important for parents of female athletes to get ahead of the game and prepare their athlete to have success through injury prevention training.

SportsmetricsTM is an injury prevention program designed to help reduce the amount of knee injuries that occur in youth athletes. Originally designed to help prevent knee injuries in female atheltes, it is now available to both boys and girls from ages 10 to 21. Athletes are challenged to complete plyometric exercises, such as box jumps, squat jumps and speed and agility drills, to improve neuromuscular ability that helps them excel in competition. Trainers of Sportsmetrics take time in between each set to correct form, explain the benefits of the training and assuring that athletes gain confidence in their athletic movements.