hematologist to work with medical student 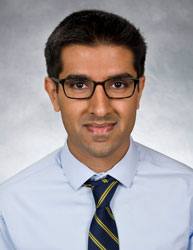 As part of this program Kang will work with Mukund Dole, MBBS, a pediatric hematologist-oncologist at Dayton Children’s Hospital and an associate professor of pediatrics at the Wright State University Boonshoft School of Medicine. Dr. Dole also is the medical director for the West Central Ohio Sickle Cell Center based at Dayton Children’s Hospital.

Kang’s research project, “The Development of Autoimmune Diseases Following HPA-1a Alloimmunization in Fetal-Neonatal Alloimmune Thrombocytopenia (FNAIT),” focuses on a blood-related disease that affects newborns. During pregnancy, platelets are able to cross the placenta. In some cases, these platelets have antigens, substances that the immune system views as foreign to the mother’s body. Antibodies form, destroying the platelets.

“This incompatibility is referred to as alloimmunization,” Kang said. “Studies show that mothers with specific genes are predisposed to developing incompatibilities.”

He became interested in this research topic after working with his MMSAP research mentor, James Bussel, M.D., of Weill Cornell Medicine in New York, N.Y. “While researching alloimmune neutropenia with Dr. Bussel, we realized that there really was no significant research devoted to understanding the long-term effects of these newborn conditions on the mothers who gave birth to the affected infants,” Kang said. “There was already a strong suspicion that FNAIT was linked to the development of autoimmune diseases later in life, but it had not been investigated up to that point.”

This study will be the first to provide data about the frequency of autoimmune diseases following pregnancies affected by FNAIT and provide support for examining how such diseases can be prevented.

Kang is interested in the field of hematology/oncology. Although his research has focused on pediatric conditions, he is interested in how these conditions impact individuals later in life. He would like to pursue a residency in internal medicine followed by a fellowship in hematology/oncology. “With advances in treatment and technology, many conditions that were primarily seen in the pediatric population are now also seen in the adult population because of our ability to treat them,” said Kang, who is involved in several student organizations at the Boonshoft School of Medicine, including the Research Learning Community, ENT Interest Group, Medical School Student Council, Radiology Interest Group and Pre-med Mentoring Program.

Kang, who was born and raised in Queens in New York City, is a first-generation American and was the first in his family to finish high school and college. He earned his undergraduate degree in psychology and a graduate degree in biology from New York University. Despite his interest in medicine, it wasn’t until a family member was diagnosed with cancer that he began to better understand the complex nature of medicine and the immense role that philosophy and the training of a physician played in the treatment of patients. A primary care physician led a team of physicians caring for Kang’s family member.

“The primary care physician took the time to learn how the diagnosis impacted not only the family member but our entire family,” Kang said. “This physician showed me that in addition to having clinical knowledge and skills, he or she also must have compassion and a sense of empathy in order to understand an individual’s situation.”

The experience cemented his desire to pursue a career in medicine. But while he was in medical school, another family member’s diagnosis of acute lymphoblastic leukemia (ALL) piqued his interest in pediatric hematology-oncology. ALL is the most common type of childhood cancer, but it is very rare in adults.

“This contributed to my interest in pediatric hematology-oncology,” Kang said. “In order to better understand ALL, I started to research pediatric cancers.” 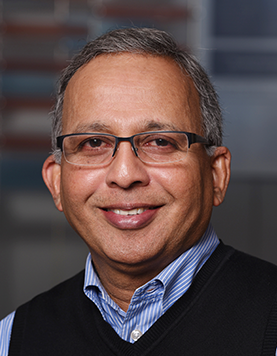 schedule appointment
view full bio
09/21/21 | patient story dedicated and supportive care team for Hayven After being diagnosed with ALL, Hayven's care team supported her and her family.
02/03/22 | patient story honoring the legacy of a "one-of-a-kind" physician After her son was cared for by the late Dr. El-Sheikh, Kayela found a way to honor his legacy.