Careful sleuthing and a determination to provide the best care led Dayton Children’s pediatric endocrinologist, Susan Pena-Almazan, MD, to the right answer for a patient with a very rare condition. Her case study was recently published in the medical journal, Diabetes Research and Clinical Practice and will provide more evidence to help doctors nationwide who encounter similar conditions in patients.

The 9-year-old patient has a rare inherited condition known as developmental delay, epilepsy and neonatal diabetes (DEND) syndrome. While 29 million people across the country have diabetes, only one in 100,000 are diagnosed before they are 6 months old (neonatal diabetes) and DEND syndrome has been identified in only about 40 of those children to date.

Patients with DEND syndrome usually require daily insulin within their first year of life; this patient had been receiving insulin therapy since he was diagnosed with neonatal diabetes at 3 months old. DEND is also marked by developmental delays and seizures. This patient is unable to speak, had seizures, and until he was 6 years old, was mobile only with the aid of a wheelchair.

With so few patients who have this disorder, there is limited information available on how to best treat the condition. Dr. Almazan began her investigation into treatment options in 2010, when the patient's previous endocrinologist, Maria Urban, MD, retired. Dr. Urban used genetic tests to diagnose the patient with DEND syndrome and began the effort to provide the best treatment options.

Dr. Almazan dove into the available research on treating neonatal diabetes as part of DEND syndrome. She discovered a drug commonly used for diabetics, known as sulfonylureas, can be used to stimulate the patient's own insulin secretion. Although this therapy works in patients who have permanent neonatal diabetes (PND) alone, cases where sulfonylureas improve DEND patients (those with PND plus neurological difficulties) are not well documented - until now.

Dr. Almazan used a protocol developed by Dr. Andrew Hattersley and his colleagues in the UK to guide the patient's transition from insulin therapy to a pill form of sulfonylureas, called glyburide. The transition required close supervision and careful monitoring - the patient had to be admitted to Dayton Children’s for several days to make sure he responded well. The transition was successful and now the patient's diabetes is well controlled with only three pills a day. Dr. Almazan says the patient and his family have benefited from the change in medication.

“After monitoring him for other things that could have indicated that the change wouldn’t be right for his body, he’s now able to take a pill rather than depend on shots or an insulin pump,” she says. “This is much easier on the patient and for his mom who provides so much of his care. It’s also far less expensive.”

Since the change in medication, the patient’s motor skills have significantly improved to the point where he can walk on his own. It’s unclear whether glyburide contributed to the improvement in his neurological condition, but it’s certainly one more step towards a better quality of life for him and his family. 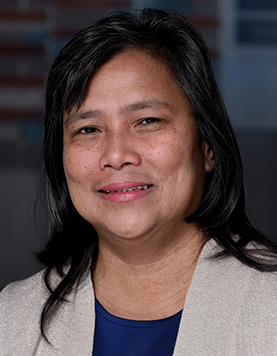