they were looking for a diagnosis but found so much more

Margaret Ford is a daredevil – a girl who tames the tallest roller coasters at Cedar Point and sports a pair of glittering teal cowboy boots. That spirit serves her well, as part of an active duty Air Force family. She, her parents Andrew and Jennifer, and her brother Marx, are stationed in the Balkan state of Macedonia – a small landlocked country just north of Greece.

But when a routine ultrasound following a urinary tract infection left her parents with more questions than answers, Margaret would soon be on her way to Dayton Children’s. “One of the challenges of being in a foreign country is not only the language, but the culture,” explains Jennifer. “The doctors just kept saying ‘come back in 90 days.’ But for Americans, we want to know what the issue is and the full spectrum of what it could mean.”

It took many weeks for the embassy doctor to get the English translation of the ultrasound and meet with the Fords. By that time, the family was just two business days away from a planned vacation to the U.S. “The doctor said the ultrasound showed some blockage of the kidneys and thickening of the bladder wall” says Jennifer. “Margaret needed to be seen by an American doctor to confirm the results and see how serious the situation was.

“We called Wright-Patterson Air Force Base because we had been stationed there before and they referred us to Dayton Children’s. From the second we called, everyone was amazing.”

Jennifer and Andrew connected with Teresa Prouty, patient access liaison. Teresa’s job is to smooth the way for patients like Margaret, who have more challenges than most getting to Dayton Children’s.

“After my first conversation with Teresa, I didn’t feel like she was a stranger anymore,” says Jennifer. “I felt like she and the team put their arms around us and said ‘we got this, stop worrying Mom. You just get yourself here.’ And that was so reassuring for us.”

After reading the referring materials, Teresa knew Margaret needed more than just the urology visit. She needed to start with nephrology – the department that deals with the kidneys. Teresa connected with Leonardo Canessa, MD, medical director of nephrology at Dayton Children’s, who agreed to come in on a day off to take care of the Fords. Dr. Canessa and Teresa reviewed all the possible outcomes and Teresa contacted the insurance company to get authorization for all of those possibilities so there would be no delay in treatment.

“Just knowing that she is communicating with doctors and the insurance company while we are sleeping is great. We wake up in the morning to four or five emails with answers,” says Andrew.

“When you are dealing with your own illness, that’s one thing. The added emotion of having to deal with it for your child is so scary,” says Jennifer. “Teresa went above and beyond to take that stress away. She answered every question almost before I asked it. She was going on vacation, but gave me all her phone numbers and email addresses so I could contact her at any time. I knew she would take care of us.”

Teresa met the Fords at the door of Dayton Children’s and led them every step of the way. She wasn’t the only one that impressed the family. “The technician down in ultrasound was wonderful, quick and efficient,” says Jennifer. “She even let Marx come in and answered all his questions.”

Margaret celebrated her seventh birthday while she was in the states, so Teresa made sure she had an extra special present when she arrived at Dayton Children’s – an American Girl doll dressed in a pink shirt just like Margaret’s and cowboy boots. Marx wasn’t left out either. Teresa presented him with a Lego carry kit complete with ready-to-build projects.

After meeting with Dr. Canessa, the family received reassuring news. The second ultrasound revealed Margaret’s situation wasn’t as bad as previously thought. Medication and a follow-up appointment were all that were needed right now.

The Fords are just glad they had a helping hand on this side of the Atlantic. “Having to figure this out living in Dayton is hard enough. Having to figure it out when you are halfway around the world is another. Dayton Children’s made it as easy for us as it could possibly be.” 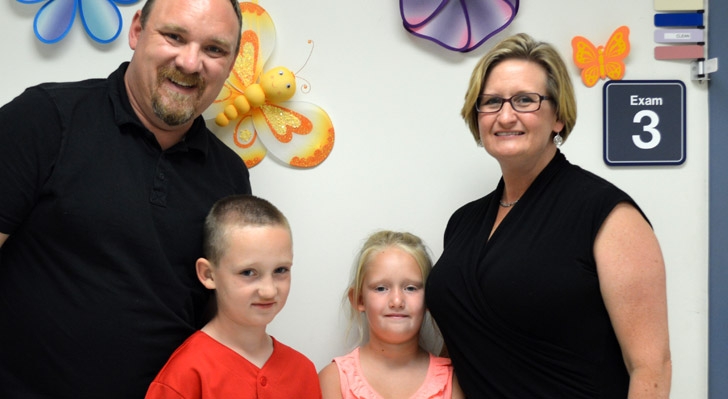 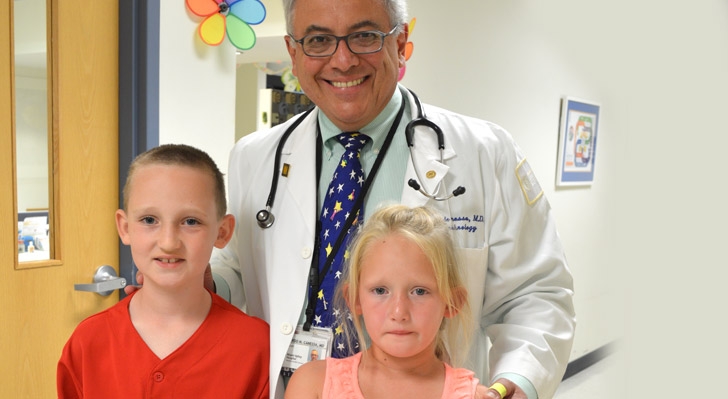 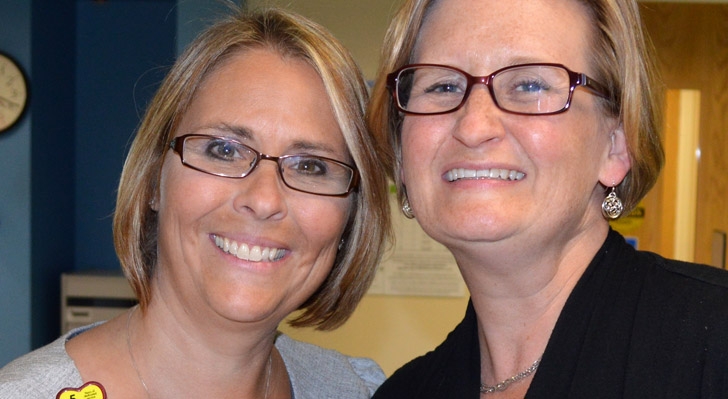 video visits in light of COVID-19