new device can stop seizures before they start 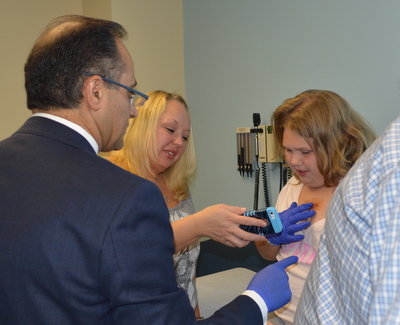 Brooklynn Cassanio from Riverside has the latest technology – one of the first in the country to get a revolutionary new gadget. However, it’s not a tablet or a phone. Brooklynn has a device that can stop her seizures before they start. The AspireSR 106 vagal nerve stimulator was just approved by the FDA last month and Brooklyn, along with Dayton Children’s medical director of neurosurgery, Kambiz Kamian, MD, are blazing a trail with this new technology.

Brooklynn’s seizures started when she was 18-months-old. Through the years, she’s tried several different medications but none eliminated the seizures. In addition, the drugs had side effects, such as excessive sleepiness or weight gain. 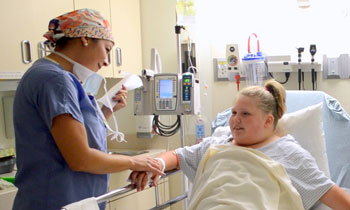 “She sometimes has a seizure every three seconds,” says Brooklynn’s mom, Stacey Bennett. “They are small, but clustered together in a way that she misses every few words in a sentence. It’s really taken a toll on her school work.”

Recently, Brooklynn also began having grand mal seizures at night every few months. These tend to be the most frightening for parents, because 58 percent of deaths in epileptics are caused by seizures during sleep. Brooklynn's neurologist at Dayton Children's, Daniel Lacey, MD, PhD, recommended a vagal nerve stimulator and connected her with Dr. Kamian. Her parents are hopeful the AspireSR is the solution that will improve Brooklynn’s quality of life and ease their fears about her safety.

Since 1997, vagal nerve stimulators have been fairly common as a treatment for epileptic seizures that aren’t well controlled by medication. A small generator, similar to a pacemaker, is implanted right under the skin of the chest. A flexible wire connects the generator to the vagus nerve, which runs to the brain. When a patient feels a seizure coming on, he or she can trigger the device and the stimulation stops the seizure or lessens its duration.

However, the AspireSR takes the process one step further. Since most patients will experience an increase in heart rate just before a seizure, it continuously monitors the rhythm and sends a stimulation pulse automatically when it detects that increase, stopping the seizure before it starts. 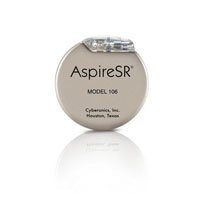 Dr. Kamian knew the AspireSR would be the perfect fit for Brooklynn. “Like Brooklynn, many of our patients with drug-resistant epilepsy experience several seizures a day, so an intervention that is more automated in the way it detects changes in the body and delivers immediate treatment was something that was important to explore for our patients,” said Dr. Kamian. “We are pleased to offer the AspireSR generator as a new option to help our patients hopefully experience reduced seizures and improved overall quality of life.”

“We are excited to give Brooklynn the opportunity to be one of the first patients in the country to try this newly-approved device,” said Stacey. “We are hopeful that this will allow her to live her life to the fullest.”

Fast facts about the AspireSR: 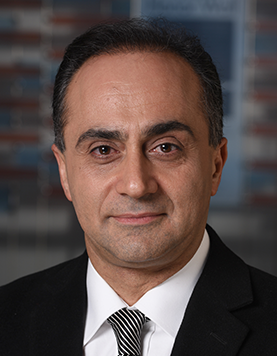