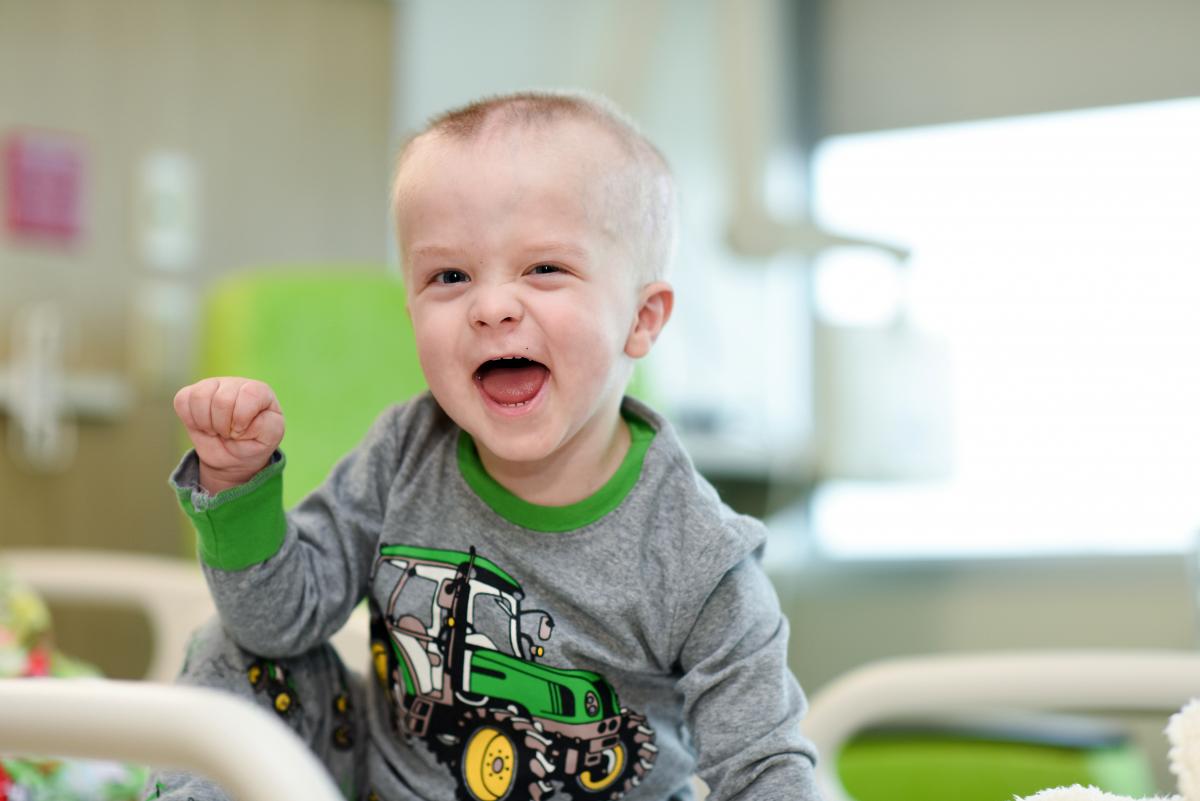 A few days after Henry Springer turned 2 years old, his parents, Emily and Matt, noticed little tremors in his hands. They took him to the pediatrician who made a referral to Dayton Children’s neurology department to check it out.  But a week before that appointment, Henry fell and hit his head. He seemed like he had a concussion, so Emily and Matt took him to Dayton Children’s emergency department (ED). A CT scan revealed a tumor the size of a small apple in his head.

Neurosurgeon, Kambiz Kamian, MD, met them in the ED and talked them through what would come next. Henry would need an MRI and then surgery to remove the tumor that was pressing on his brain and causing the tremors and muscle weakness.

The surgery was a tedious 11 hour process but proved very successful. “He got the whole tumor. It was such a relief,” says Emily. “Because of where it was, they didn’t think they were going to be able to get it all with surgery. But Dr. Kamian kept at it, piece by piece, until it was all out.”

But Henry’s fight was far from over. He was in pediatric intensive care for two weeks as his body tried to stabilize. He had a shunt to drain the fluid from his brain and a G tube because his swallowing had been affected. Finally his levels stabilized but he still wasn’t moving much – not even rolling over in bed. Thanks to a close partnership between Dayton Children’s and Nationwide Children’s Hospital in Columbus, the Springers moved to Columbus for a week to receive intensive inpatient rehabilitation. But they couldn’t wait to come back. 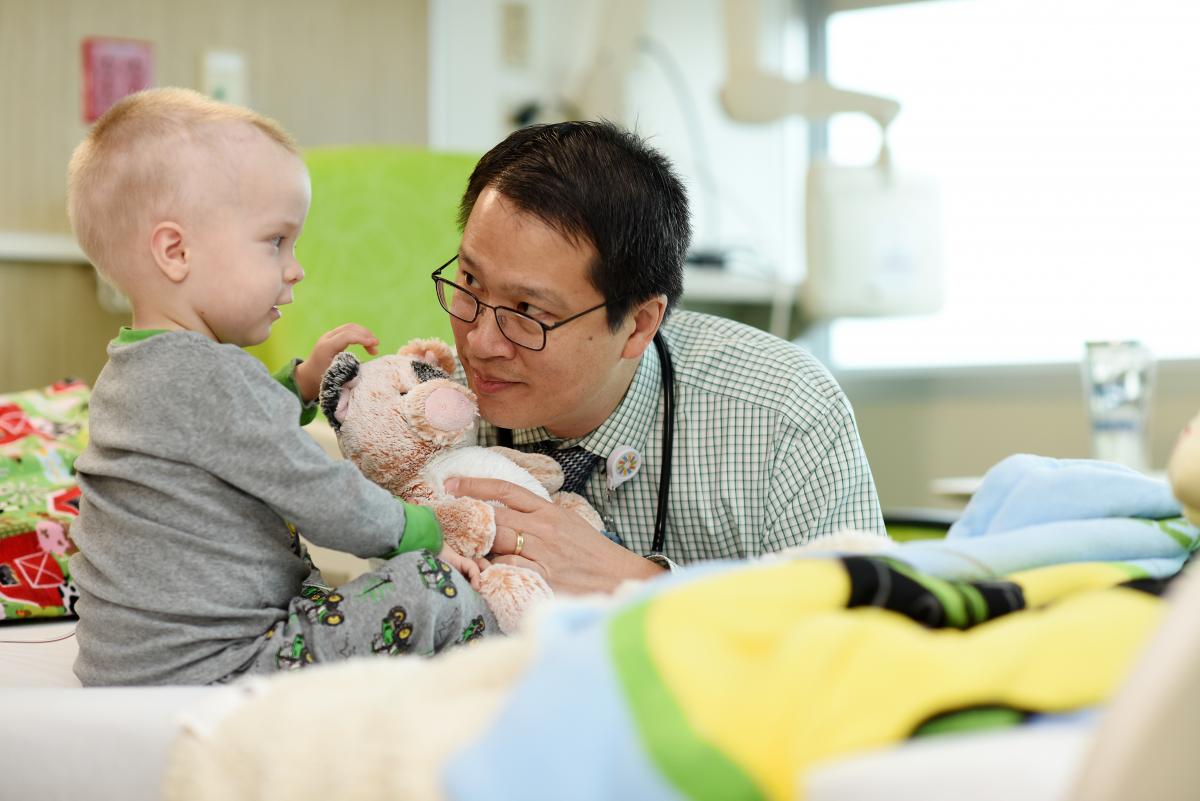 “We pull into the parking garage here and Henry says we’re home!” says Emily. “They know us at the front desk and we know at any moment we can walk out, find a nurse and ask a question. It’s very comforting.”

Henry’s tumor is as unique as he is. “We’re treating it as a high grade glioma,” says Emily. “But it’s really hard to classify, so our team has sent it to a lot of institutions to look at and classify.”

Henry has now had seven rounds of chemotherapy, going back and forth between Dayton Children’s and his home in Anna. He also had stem cells harvested at Nationwide. Through it all, he’s stayed a strong boy and found the good in every situation.

“While inpatient this time, we watched lots of movies (well, actually only one – Sing  –  but lots of times), played games, made valentines for all the staff, snacked a lot and went for a few walks to see everyone in the unit. We know one thing for sure, everyone at Dayton Children’s is amazing. They do all they can to make the environment fun, bright and full of laughs. There are nerf gun wars with the oncologists, dance parties with the nurses, tickle monsters from the techs and story time with the housekeepers and nutrition/kitchen staff. Henry loves them all and we are so thankful for each and every one of them.”

Henry is still doing physical and occupational therapy and having a brace made for his ankle.  He will also be getting Botox injections for spastic muscles in his arm, wrist, fingers and ankle. He still has several more months of chemo to go, but one thing is for sure – he will face it with a big smile, a little boy laugh and more strength than anyone can imagine.

“It’s so hard for us to even fathom how he can be so strong, and so happy,” says Emily. “As we were loading him into the car seat to come home this time, he had the biggest smile on his face and said ‘Well this was fun!’ We asked him what was fun – he said ‘The hospital!’”

Thanks to a new partnership with Nationwide Children's, patients like Henry will no longer have to travel to Columbus for a bone marrow transplant! They will be able to stay close to home with their care team at Dayton Children's.