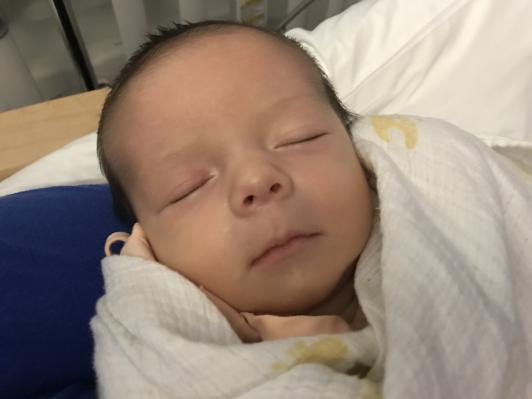 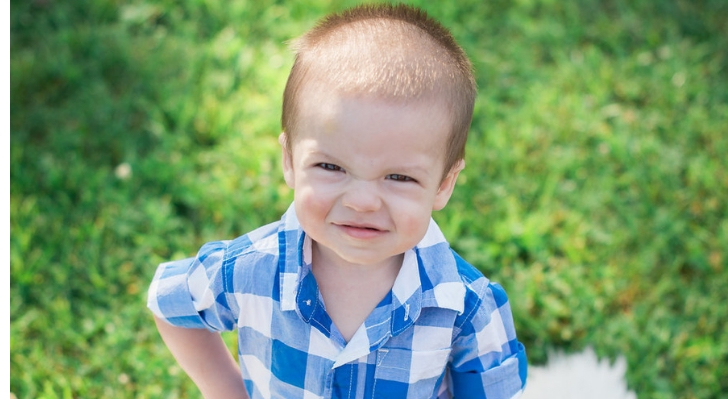 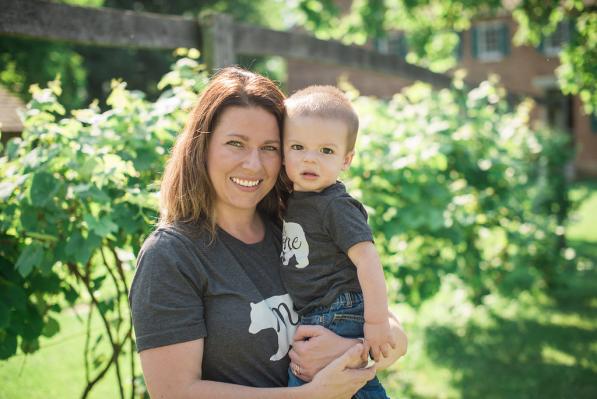 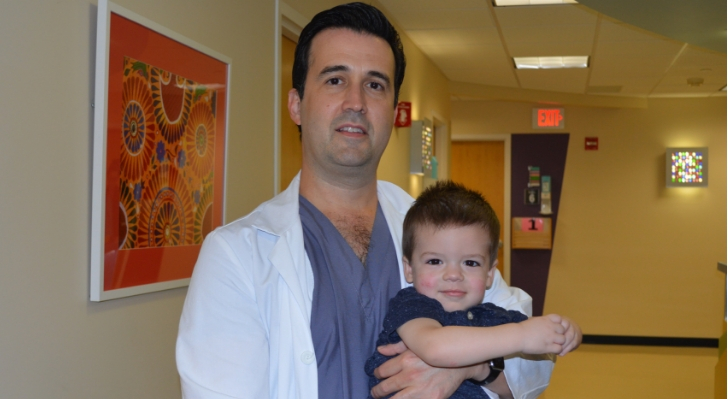 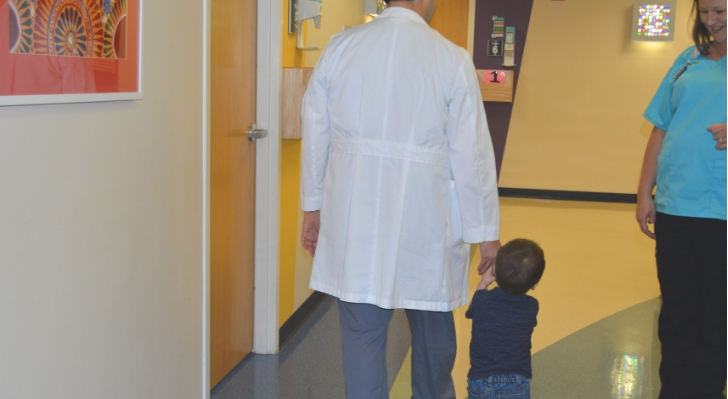 When Logan Bierer was born, a delivery nurse noticed he wasn’t breathing quite right. Still lying on his mother Danielle’s chest, Logan was quickly taken away by his care team. They determined he had a collapsed lung. He was transferred to the newborn intensive care unit (NICU) at Miami Valley Hospital.

“It was a blur. I only held Logan for a few minutes after he was born,” said Danielle. “My husband Andy didn’t even have a chance to hold him.”

In the NICU, Logan was treated and monitored for his collapsed lung, as well as jaundice. Over the next two days, his lung began to heal. However, his jaundice did not improve and he had yet to have a bowel movement.

Logan was transferred to Dayton Children's for a diagnostic water-soluble contrast enema. He was diagnosed with Hirschsprung disease, a rare condition that prevents bowel movements due to missing nerve cells in the lower colon. It is present at birth and usually detected within the first 48 hours of life, though mild cases can be detected in older children.

After receiving his diagnosis, Logan was immediately admitted to the Dayton Children’s NICU. Danielle and Andy met surgeon Dr. Arturo Aranda, who performed a surgical biopsy on Logan’s colon to determine where the unhealthy section of his colon began.

“Dr. Aranda made us feel like Logan was so important to him, which helped put us at ease,” said Danielle. “We knew Logan was in the best hands.”

After his biopsy, Logan was discharged from the NICU and went home for the first time in 10 days. Because Logan could not have a bowel movement on his own, his parents performed a procedure at home four to six times a day to help him.

Dr. Aranda performed Logan’s surgery when he was 6 weeks old. He did the surgery by an advanced minimally invasive technique, which means virtually no scars, therefore less postoperative pain and faster recovery. His surgery went very well and he stayed four days in the hospital to recover.

Hirschsprung patients often have weaker immune systems, so Danielle and Andy were warned that their son would be more susceptible to illnesses. Shortly after his surgery, Logan was admitted two additional times through the emergency department.

Unfortunately being sick caused Logan to lose weight, so he was referred to gastroenterologist Dr. Sean Bingham and the gastroenterology nutrition team. They developed a treatment plan to help Logan increase his caloric intake and aid his bowel movements.

“Our team takes a multidisciplinary approach to develop personalized care plans for each patient,” said Dr. Bingham. “We continued to tweak Logan’s diet and medications over his monthly appointments until we found a treatment plan that worked for him and his family.”

Logan recently had a follow-up visit with Dr. Bingham and Logan’s weight and bowel movements are on track. He has graduated from monthly clinics and does not need to go back for three months.

“I am so thankful for the collaborative care management between surgery and gastroenterology,” said Danielle. “Logan’s care team always made themselves accessible and followed up quickly to our questions.”

Logan’s condition continues to remain stable, as his parents continue to closely monitor his diet and bowel movements. “Looking at Logan now, you would never know what he’s been through,” said his mom. “He’s such a happy, joyful kid.”

During Logan’s multiple stays at the hospital, Danielle became inspired by his care team. “I was so moved by how passionate every member of the hospital was and their commitment to kids,” said Danielle. One of Logan’s nurses, April Sutherland, encouraged her to apply for a job at Dayton Children’s.

A couple months later, Danielle quit her job in retail marketing and started a new position as a program manager for the business development department at Dayton Children's. “I love being able to further the mission of the hospital,” she said. “I appreciate what parents are going through by my own experience. Dayton Children's is a really special place for kids and their families.”

To learn more about Logan’s condition and care, visit the links below:

For more information on careers at Dayton Children’s, visit our careers page.

07/13/22 | employee experience after 45 years, "this place is family" Beverly Kraft has always been passionate about children. Now she gets to make their day, stocking the gift shop with toys and treats!
07/20/22 | employee experience Kendra's three decade long adventure There's a lot that can happen in a decade. Kendra Peters, home infusion pharmacist, can attest to that - she's celebrated three with Dayton Children's Hospital!