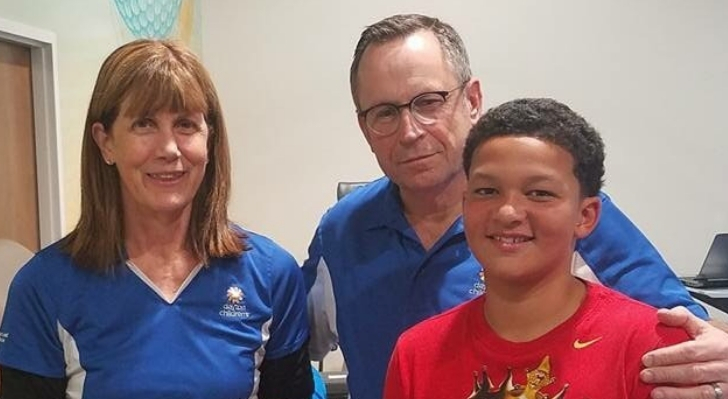 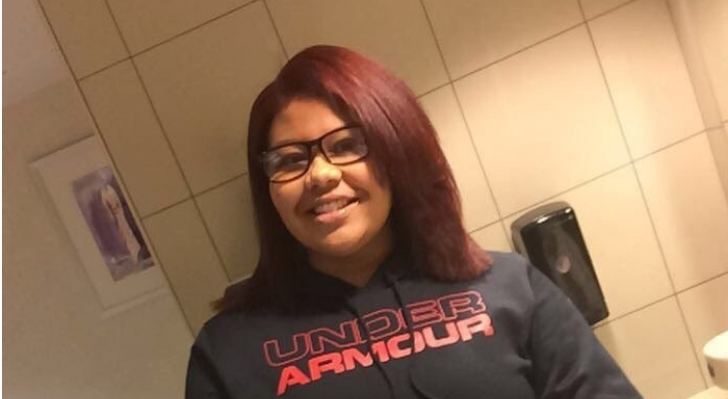 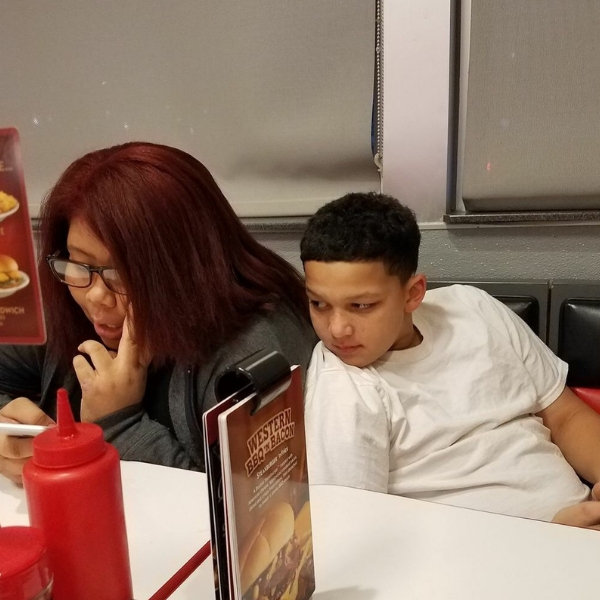 When Kimberly Nelson meets other parents whose child has undergone an ACL surgery, she understands their worries and struggles. She has gone through the experience twice, once with her son in 2016 and most recently with her daughter in 2018.

“Their experiences were completely opposite,” said Kimberly. “Not just physically, but mentally as well.”

An ACL, or anterior cruciate ligament, is a short band of tough but flexible fibrous tissue that helps to stabilize a person’s knee joint. When it is torn, it makes movement unstable. Typically an ACL tear requires surgery for pediatric athletes in cutting/pivoting sports, as the knee must be stabilized to prevent damaging further structures.

an athlete on the sidelines

Kimberly’s son Issiah has been obsessed with playing sports from a young age, his favorites being football and basketball. “He will work all day and night, literally in the dark, practicing to improve his game,” said Kimberly. “He irons his uniform before bed every night. He always strives to be the best at anything he does.”

In 2016, Issiah was playing in his fifth grade basketball game when he went up for a rebound and twisted his knee. “He started to cry, which his coaches had never seen him do before,” said Kimberly. “We knew it was serious.”

Kimberly took him to Dayton Children's sports medicine clinic where X-ray and MRI results revealed Issiah had torn his ACL. At the age of 10, it is a very uncommon injury.

Issiah was referred to Jeff Mikutis, MD, pediatric orthopaedic surgeon at Dayton Children's. “I trusted Dr. Mikutis from the beginning. You can tell he really cares about his patients and his staff made us feel the same way,” said Kimberly.

“Issiah was a unique case. Because he was so young, we needed to perform a special procedure to repair his ACL,” said Dr. Mikutis. “Our team worked together to figure out the best minimally invasive approach.”

Leading up to his surgery, Issiah went to physical therapy three times a week for six weeks. During the surgery, Dr. Mikutis used Issiah’s iliotibial band (or IT band) as a graft, which is a wide band of fibrous tissue that stretches from hip to knee on the outside of the thigh. This was a better choice for Issiah because it is more developed in younger patients. Older patients commonly have a bone-patella-bone or hamstring graft.

Because of his age, Issiah took longer to recover than older kids. He stayed in the hospital for two days to manage the pain and get therapy. For weeks after, he used a wheelchair and was on pain medication around the clock. Eventually, he transitioned to a brace and crutches but still could not play sports.

Issiah refused to stay sidelined, working diligently at physical therapy until he got the okay from Dr. Mikutis to return to the court. He had to work extra hard to regain his strength, but he is back doing what he loves most.

After almost two years off the field, Issiah recently played in his first football game since his injury. “Seeing my son being able to do what he loves again, it is everything,” said Kimberly.

Fast forward to 2018, when Kimberly’s 16-year-old daughter Trinity Newland was out with friends on the Fourth of July. She was climbing up a short wall to watch the fireworks when she heard a loud pop and felt immense pain in her knee. The popping sound was so loud that her friend heard it too.

Kimberly immediately took her daughter to Dayton Children's emergency department. Trinity was quickly seen by the sports medicine clinic and had a same-day MRI that revealed she tore her ACL.  These injuries are actually four to six times more common in females than males, because when girls hit puberty, their body changes. They develop a lower center of gravity and as their hips widen, this can put more stress on their knees as they pivot, jump and land.

Sports medicine physician Lora Scott, MD, helped quickly diagnose and coordinate care for both Trinity and Issiah. “Sports medicine works closely with radiology, orthopaedics and physical therapy to get same-day MRIs and expedited surgery referrals for patients with some of the most serious knee injuries, like theirs. It is never great to see ACL tears, but I am happy we could provide the best care in the region for this family – twice!” she said.

“I couldn’t believe Trinity also tore her ACL I immediately requested Dr. Mikutis and his team for my daughter’s surgery,” said Kimberly. “Because they took such good care of my son, I knew they would take excellent care of my daughter.”

Just like Issiah, Trinity went to physical therapy for six weeks leading up to her surgery. However, her surgery and recovery were very different from her brother’s. Because she was older, Dr. Mikutis was able to use Trinity’s bone-patella-bone autograft to repair her ACL, which consists of tendon and bony attachments and is known for its strength and longevity. This autograft is commonly used for patients who wish to return to a high level of activity, such as teenagers and athletes.

Trinity went home the same day after her surgery, walking out on crutches. “Because of the intensity of Issiah’s recovery process, I assumed it would be the same for Trinity,” said Kimberly. “Dr. Mikutis kept reassuring me that it would be different this time, it would be easier because Trinity is older. And it really was.”

Now that both Issiah and Trinity have their ACL surgeries behind them, Kimberly looks forward to having all four of her children spend time together like they used to. “While I wouldn’t wish this injury on anyone, the experience has helped make our family stronger,” said Kimberly. “Dr. Mikutis and his staff feel like family to us now. I’m ready to have the whole orthopaedics team over for Christmas dinner!”