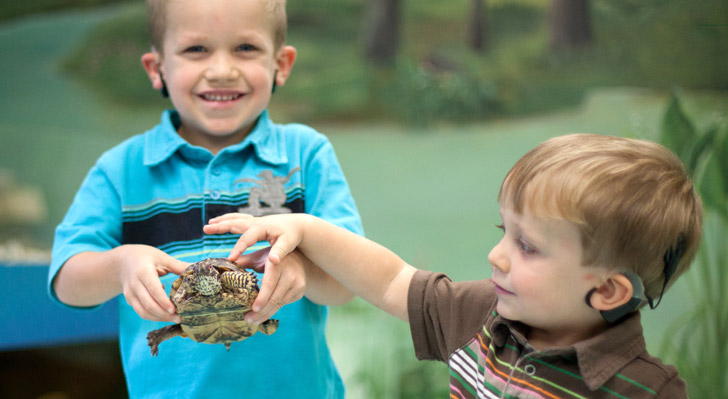 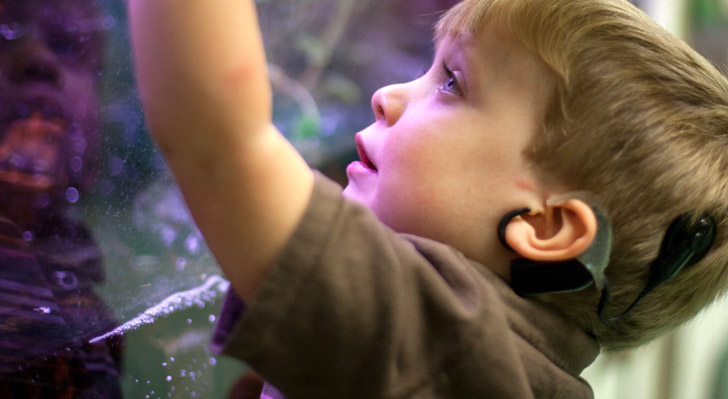 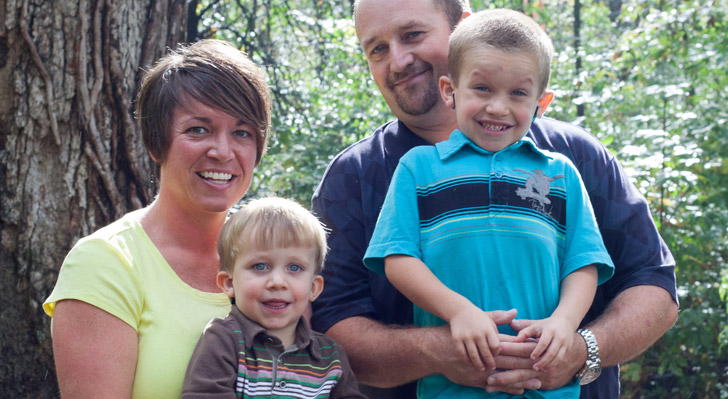 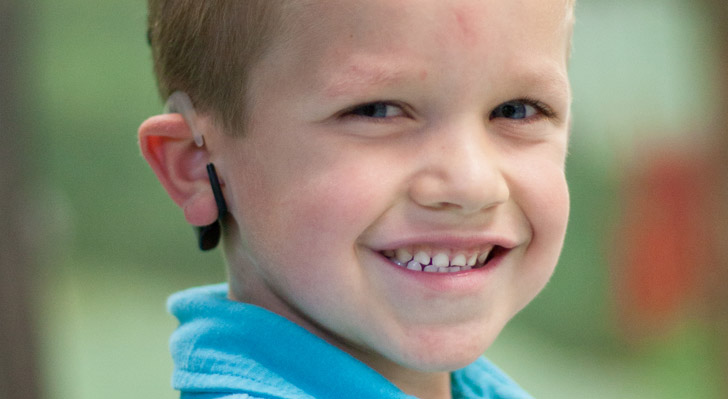 There’s something to be said for a mother’s intuition. It’s that feeling you can’t shake, deep down in the gut, where the hairs on the back of your neck stand up like tiny soldiers ready to fight.

Isaac Kerg, age 4, was welcomed in to the world on November 7, 2008, to Ron and Julie Kerg. He was a valedictorian, passing all 35 of the state-mandated tests, including the newborn hearing test.

“When Isaac was 6 months old I started to notice little things that made me question if he could hear,” explains Julie, Isaac’s mother.

Julie took Isaac to a local audiologist to have his hearing tested. He passed. “There was still something deep down that didn’t feel right,” Julie explains. Then she decided to get a referral to have Isaac’s hearing tested by an audiologist at Dayton Children’s.

“Hearing-impaired children are very visual, so our role is to ensure a child is responding to testing sounds versus using their sense of sight during testing,” explains Linda McGinnis, audiology manager at Dayton Children’s. “Pediatric audiologists work in teams to ensure accuracy, and children have to go through a series of objective and behavioral tests to prove to us their hearing is normal.”

The diagnosis? Isaac was severely deaf.

“As a parent, you want your child to be perfect; we were devastated when we learned Isaac’s diagnosis,” Julie shares. “But from the moment we stepped into audiology, we knew we were in the best hands. We put together a plan with the audiologists for Isaac to have the most normal life possible.”

Isaac was first fitted with hearing aids for six months and was recommended to receive cochlear implants, a surgically-implanted device that helps overcome problems in the inner ear.

“Hearing aids magnify the hearing while cochlear implants completely bypass the damaged part of the inner ear or the cochlea,” explains William Turner, MD, director of the hearing loss and cochlear implant program at Dayton Children’s. “The cochlear implant uses its own electrical signal to stimulate the auditory nerve, allowing the person to hear. Our goal is to implant children at 12 months old since we get better results if we implant early.”

Since Isaac wasn’t diagnosed at birth with hearing loss, he was 2 years old before he received the cochlear implants. Two days before Christmas 2011, Isaac was drifting out of a cloud of anesthesia with two cochlear implants nestled in his skull.

Audiologists turn on the implant shortly after surgery, which is similar to flipping a switch on the person’s hearing. “The first time I realized Isaac could hear was a few weeks after he received the implants,” Julie explains. “I yelled something from the laundry room and he responded. I knew the implants worked and Isaac could hear. From that day on, he never stopped talking.”

Within a matter of a few months, Isaac went from noises and consonant sounds to his first words. The number of words grew daily; he learned concepts, identified objects, verbs and adjectives.

As Isaac’s vocabulary grew, so did the Kerg family. Isaac’s brother Cooper was born 31 months later.

“About 50 percent of hearing losses are caused by an abnormal gene that we can identify, so it’s common to have a sibling with hearing loss,” Dr. Turner explains. “The Kerg’s hearing loss is clearly genetic, but they fall into the 50 percent of children where we can’t identify the gene.”

Julie and Ron were more prepared than most parents to have a deaf child. “We were devastated, but luckily we knew what to expect and what we needed to do,” Julie shares. “The grieving process wasn’t as long. We had to learn how to live a normal life with two children who are deaf.”

Cooper first received his hearing aids when he was 3 months old since the recommended age for cochlear implants is 12 months old. Two months after his first birthday, the Kerg family went back to Dr. Turner for Cooper’s cochlear implants. Cooper, like his brother Isaac, had an extremely successful surgery.

just one of the boys

Today, both boys are typical boys when they’re wearing their “ears.” The Kerg boys go to speech and auditory therapy several times a week. Like other little boys, they run through the woods, jump in puddles, love looking for turtles and are glued to the TV when Gator Boys is on Animal Planet. They giggle and fight and tease each other. But the Kerg’s rarely tell them to “shush.” They’re thankful for the little voices.

thankful for every moment

“Ron and I think the cochlear implants are amazing, we are incredibly grateful to Dr. Turner and the audiology team at Dayton Children’s who have been caring for the boys for four years now,” Julie says. “We truly enjoy turning a stranger’s curious stare at the little contraption the boys wear into an opportunity to educate someone about their ‘ears.’”

For the Kerg’s, their journey is far from over. Every event – going to the grocery store, getting dressed or going to preschool – has a new set of challenges.

“We don’t give them special treatment or privileges,” Julie says. “If they have their ears on, they can hear – and talk – like a normal child. I’m grateful in a sense that they’re both deaf versus having just one typical child; it’s our family’s normal.” 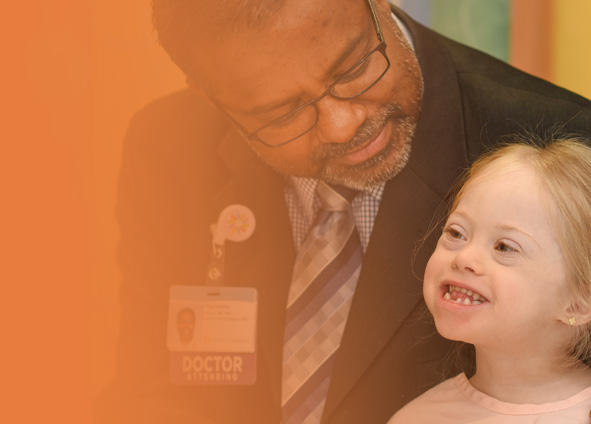 The Minor family's children Jay and Joy have been treated in over eight clinics throughout the hospital.