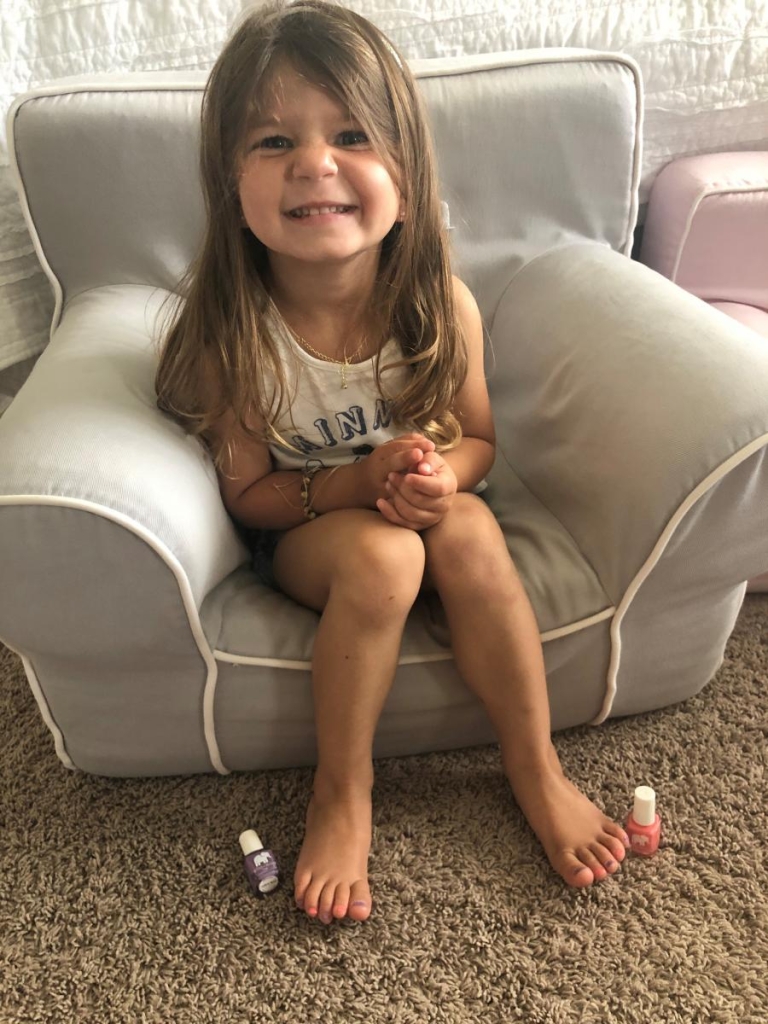 Over the summer, Harper, 3, began showing signs of discomfort in her pelvic area. She had been potty trained for more than a year, so her mom, Andrea, suspected that it might be a urinary tract infection (UTI).

She took Harper to their pediatrician to get antibiotics. Harper’s symptoms certainly sounded like a UTI, but her pediatrican wanted to do a physical exam just to be sure. When feeling around her stomach, he immediately said something is not right. He felt a mass in Harper’s lower belly. He told Andrea to call Daniel, Harper’s dad, and go immediately to Dayton Children’s south campus emergency department.

While at the emergency department, Harper had an ultrasound of her stomach done. The next day, she and her family visited Dayton Children’s main campus to do a CT scan, complete bloodwork and meet with Lionel Chow, MD, hematologist/oncologist and Oliver Soldes, MD, pediatric surgeon.

After reviewing her test results, Harper’s care team determined she would need surgery.

“Dr. Soldes told us there is a mass, but we don’t know what kind or where it is coming from until we operate,” said Andrea. “We believed and hoped it was a benign tumor, but there were several scenarios that he played out for us. He gave us all of the details we needed to have a good understanding of what might happen.”

Three days before her surgery, Harper developed a high fever. After consulting with Dr. Chow and Dr. Soldes, her parents took her to the Dayton Children’s emergency department. Harper’s physicians had called ahead and the emergency department staff were waiting for her when they pulled up in the middle of the night.

They treated Harper for suspected strep throat with antibiotics while keeping in regular contact with Dr. Chow and Dr. Soldes about her plan of care. They decided to wait a few days to do the surgery until her fever had broken.

“I was on the phone with Dr. Soldes for probably 45 minutes the night before her scheduled surgery, talking about what to do,” said Andrea. “He was making decisions for Harper like it was his own child. He was so kind and so thoughtful. He didn’t 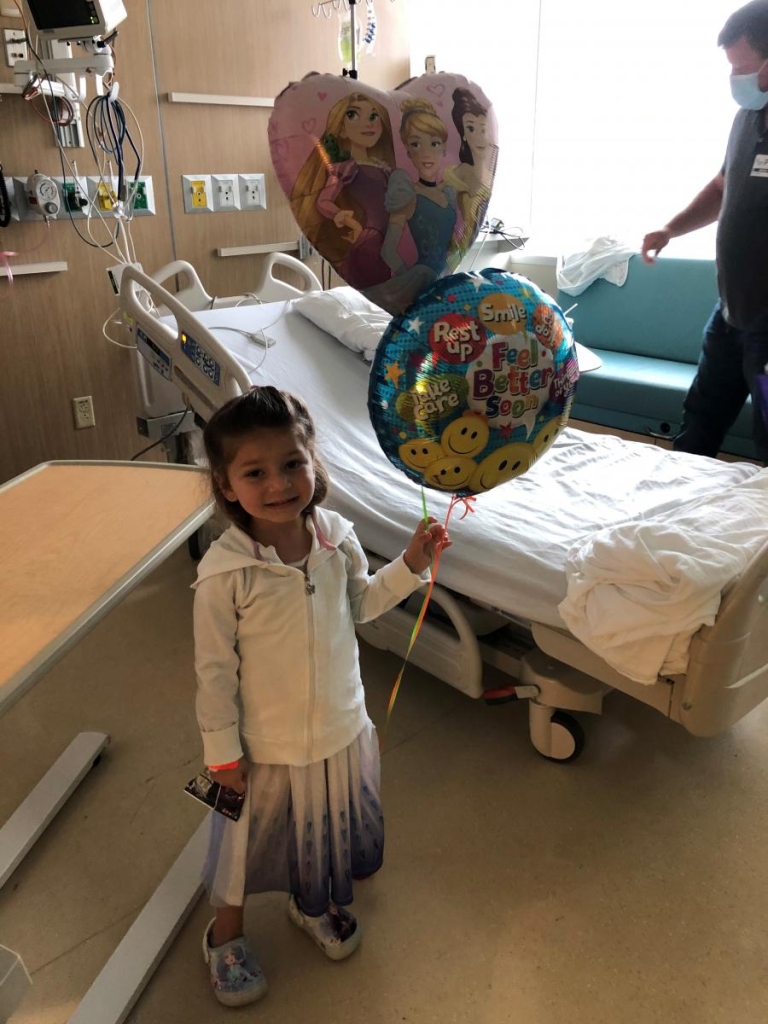 want to operate while she still had a fever.”

After a week, Harper’s fever reduced, but did not fully go away. After consulting with her care team, they believed that the tumor could be causing the fever, and the surgery was rescheduled.

Following Harper’s two-hour surgery, they learned that the softball size mass was a granulosa cell tumor. The rare tumor was growing out of her ovary, so they had to remove Harper’s right ovary and fallopian tube. Luckily, there was no sign of spreading elsewhere. After a four-day stay at Dayton Children’s, Harper was able to return home.

Moving forward, Harper will need to be seen every three months for an ultrasound over the next three years.  Her care team is optimistic about her long-term recovery with no additional treatment needed.

“Our family had a whirlwind three weeks, but I cannot say enough great things about Dayton Children’s,” said Andrea. “The doctors, the nurses, the cleaning crew (especially in the midst of COVID-19)—I felt like we were in really good hands.”

09/13/21 | patient story a true team effort for Rosalia Diagnosed with rare MLL b-cell ALL, Rosalia has been cared for by a multidisciplinary care team who have helped save her life.
04/02/21 | news article sensory room in surgery helps children on the autism spectrum Sensory room creates a more relaxed, sensory friendly environment to distract kids with autism before surgery.