from fear of seizures to feeling bright 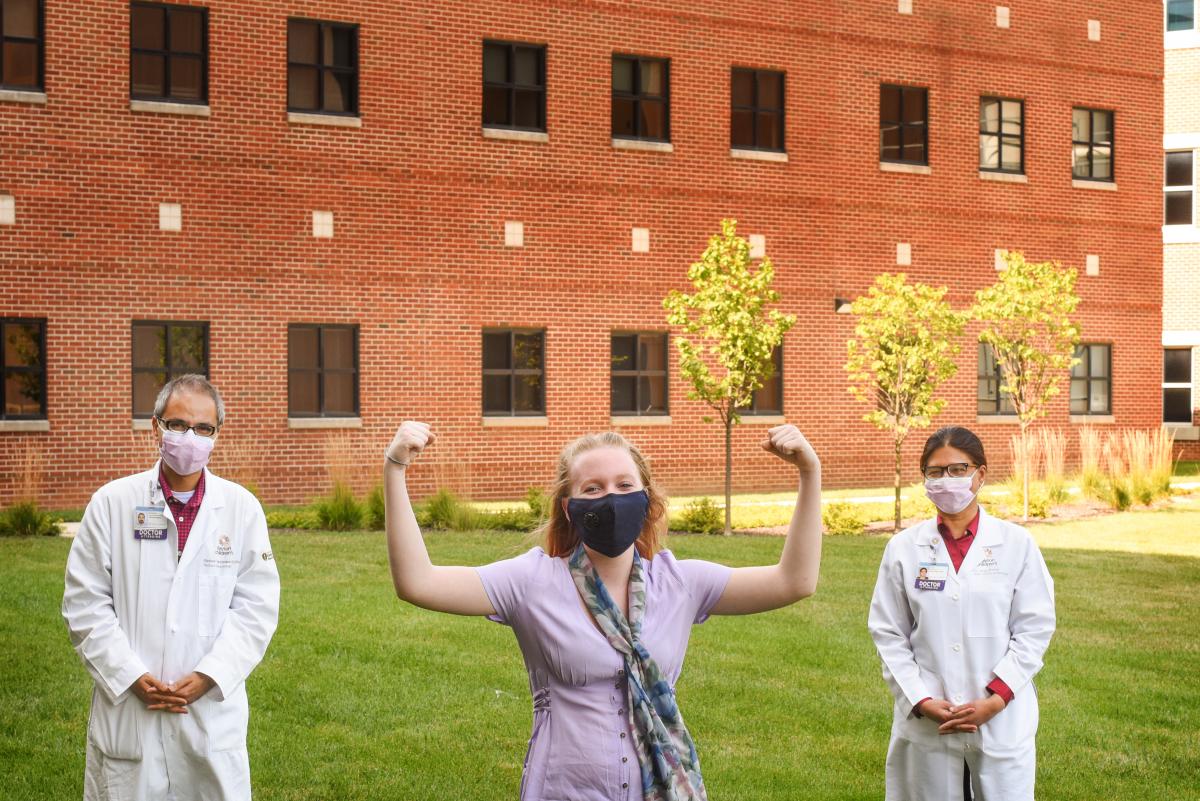 When Emily Shryock was four-years-old, she would randomly burst into fits of giggles. Her parents, Bob and Melinda, didn’t think much of it. Often it would happen when she was with her twin sister, Abigail, or older sister, Maya and her behavior seemed appropriate. But, when the giggles began occurring more frequently with no one else around, her parents became concerned. She was referred to Dayton Children’s neurology division where she met with Gogi Kumar, MD, chief, division of neurology. After several tests, Emily was diagnosed with epilepsy and immediately began taking anti-seizure medication.

Emily tried several medications and was free of seizures for a couple of years. However, her seizures came back again and she was admitted multiple times to Dayton Children’s for management of her seizures.

During one of these hospital stays, Emily was having seizures every eight minutes. So frequent that she couldn’t even finish a meal before the next seizure came along. These frequent seizures lasted three or four days and would taper off, leaving Emily weak and exhausted.

The seizures and the constant fear of having one took a toll on both Emily and her family. Emily had low energy and complaints of headaches. After a busy weekend, it took her three to four days to recover and she often missed school. She also had a strict schedule to follow with her medications that had to be taken at the exact same time every day in order to be effective.

Dr. Kumar recommended epilepsy surgery and referred Emily and her family to two other hospitals. However, Melinda and Bob were not convinced that she needed surgery after these visits.

During one of her hospitalizations, Emily was referred to Shobhan Vachhrajani, MD, neurosurgeon at Dayton Children’s, who spoke with Melinda about considering surgery for Emily. Because Emily had intractable epilepsy and an identifiable focus in the brain, which didn’t respond well to medication, she was a good candidate for surgery.

“Dr. Vachhrajani had an ability to instill confidence that he could successfully do the surgery. He was the only one that could convince us that there was hope,” said Melinda.

Emily and her family decided to move forward with surgery.

“I woke up that morning and said a lot of prayers. Having your daughter’s head cut upon and her brain exposed is the scariest thing you can think of as a parent. What if Emily woke up and she wasn’t Emily? It was the toughest day of my life.”

On May 13, 2019, Emily went into surgery with Dr. Vachhrajani and Rob Lober, MD, neurosurgeon at Dayton Children’s, for a craniotomy, where they placed electrodes inside her brain to map activity. The brain mapping was able to define which area of the brain the seizures were coming from and make sure that removing that area of the brain would not cause Emily to lose language or cause permanent weakness.

Emily spent a few days in Dayton Children’s pediatric intensive care unit. She had a second surgery on May 17 where they removed a section of her brain that they believed were contributing to her seizures. Each surgery took six to seven hours.

Recovery from surgery took months. Emily and her family held their breath, worried if and when a seizure would occur. In the year since surgery, Emily has had only two seizures, that her care team believes were caused by her brain healing after surgery. She is down to just three medications and her entire family is breathing easier. 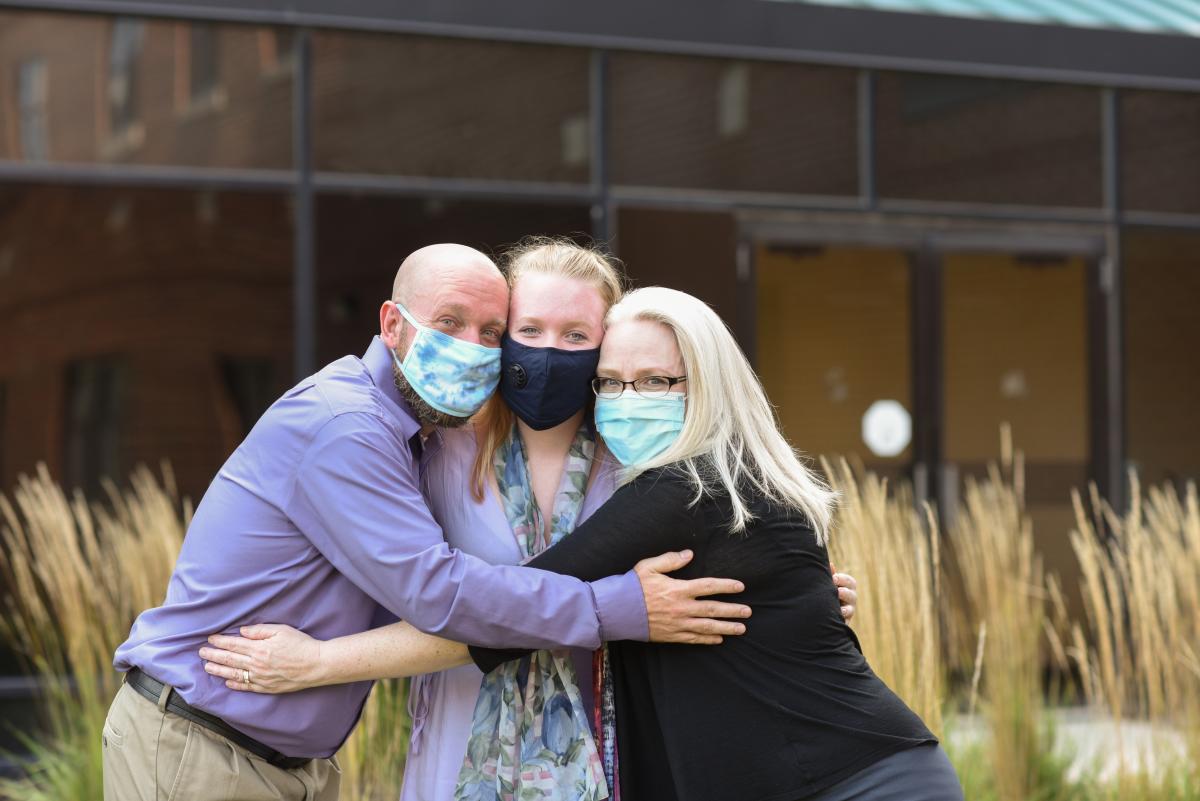 The entire team at Dayton Children’s Hospital is thrilled with Emily’s progress.

“Epilepsy surgery is another huge step forward in our pursuit of the best care for children in our region,” said Adam Mezoff, MD, chief medical officer at Dayton Children’s. “Thank you to the team for their outstanding work in attaining this milestone.”

And, Emily is very happy with the results of the surgery.

“After a seizure I would be really tired and have to go home to sleep. I had a lot of missed days of school and missed out on a couple of field days, which was a big deal to me at the time. I missed out on going to parties and sleepovers at my friends’ house. I couldn’t do sports. I didn’t know any different. I am happy that I am not having any seizures now and I can be like my friends and do all the things that they can do.”

Her parents say that Emily is “brighter” after surgery. Her moods are happier and her energy level is excellent. She goofs around with her siblings more and is keeping up with her peers now that she is missing less school due to illness.

“We are so pleased with everyone—the staff, the doctors, the nurses, they’re right there with you, right by your side. They go above and beyond. Thanks to Dayton Children’s, we feel like our family is finally living,” said Bob.

08/03/21 | blog post is migraine just another word for headache?
09/16/21 | patient story no ordinary headache McKayla's worst headache of her life resulted in a two week stay in the PICU.