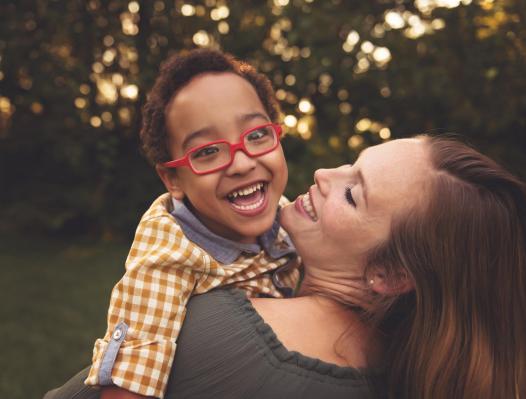 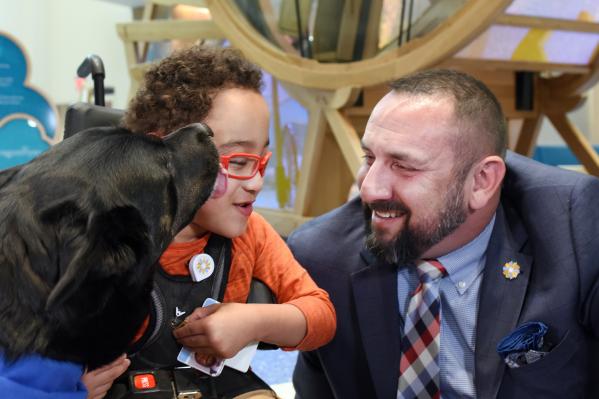 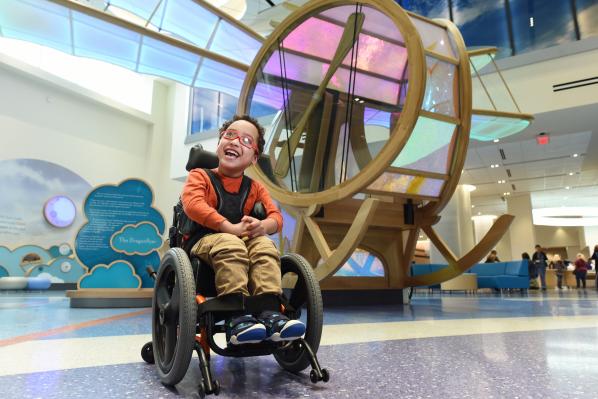 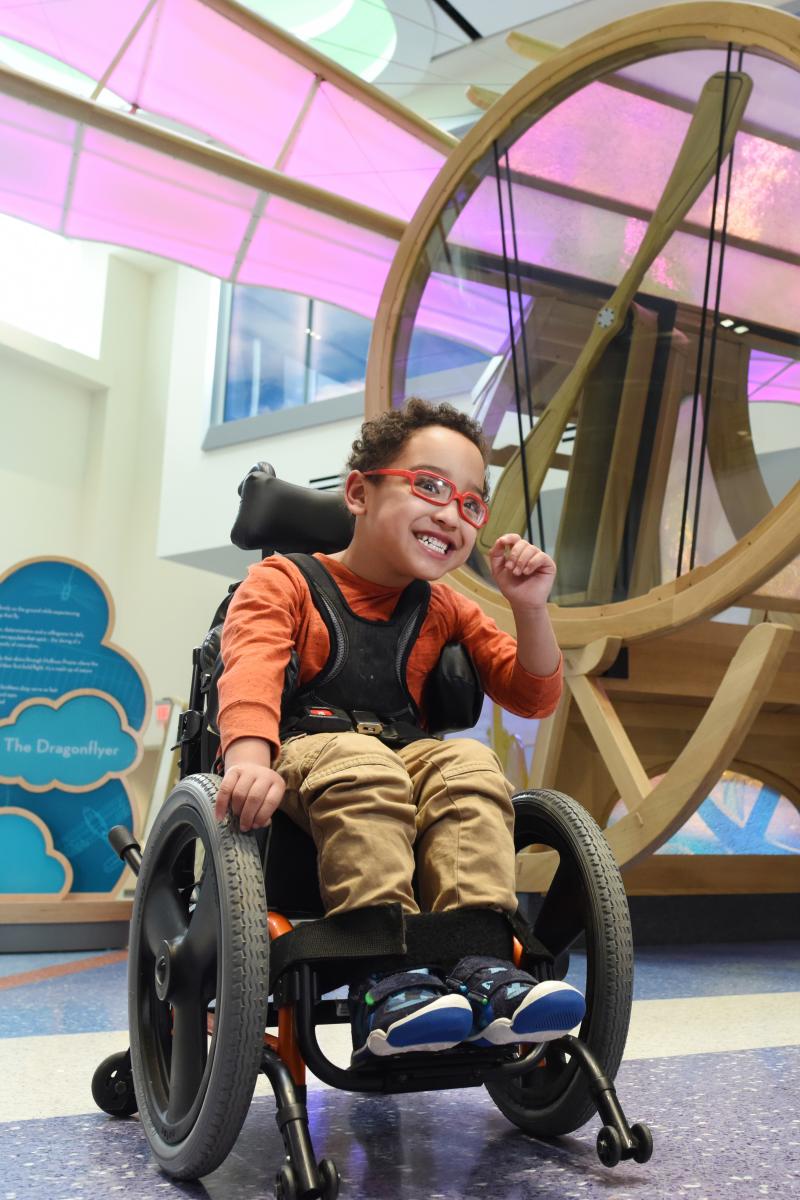 They say a smile is worth a thousand words. But for Kimberly Conteh, the first time her son Aiden smiled at her was worth far more than that.

Aiden wasn’t like most babies, with drooley grins in the first days of life. Born 16-weeks early and later diagnosed with cerebral palsy (CP), Kim had to wait six months before getting to see her precious first born smile for the first time.

“Here was this little guy that I’d focused all my time and energy on for months and there were no signs of emotion back,” remembers Kim. “But on Easter weekend that year he looked at me and smiled. I couldn’t stop crying. I just wanted him to know that he was loved. It was truly one of the best moments of my life and a turning point for us with Aiden.”

Five years later, those who know Aiden couldn’t imagine him not smiling. Even his frequent visits to Dayton Children’s keep a grin on this soon-to-be-kindergartner’s face.

“Some days he will ask me out of the blue if we can go to Dayton Children’s,” shares Kim. It’s not a scary place for him, he loves it.”

Aiden sees over half a dozen specialists at Dayton Children’s. Due to his complex diagnosis of CP, Aiden is able to see most of his specialists in one visit to the CP clinic. This includes developmental pediatrics, orthopaedics, physical medicine, nutrition therapy and rehab. He also regularly sees gastroenterology, neurosurgery and pulmonary medicine.

“One of the biggest things I appreciate about Dayton Children’s is that they take the time to talk to me but also to ask Aiden questions and see what he has to say. They don’t just ignore him and act like he’s not there. They truly engage with him and I appreciate that because he gets ignored by so many people.”

For Aiden, seeing so many doctors at once is just business as usual. Since the day he was born he has been surrounded by medical teams helping to keep him alive. 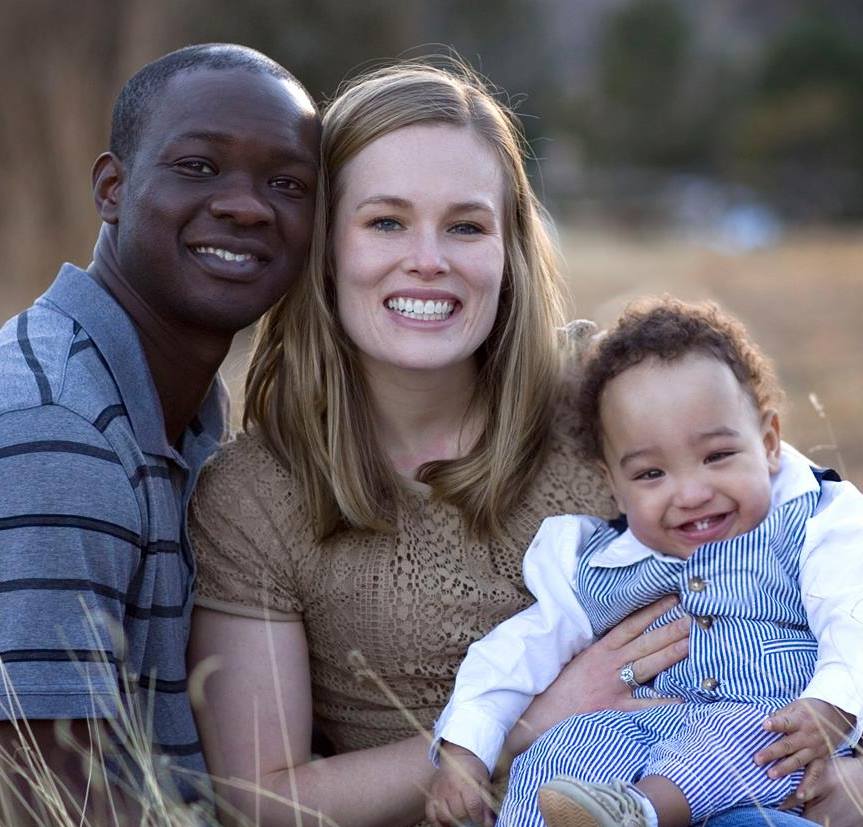 After having a completely normal first half of her pregnancy, Kim went into labor at 24 weeks. As a military family, Kim and her husband, Abe, were living in Colorado at the time. Born at just 1 lb 8.5 oz. Aiden was taken to Colorado Children’s Hospital to be cared for in their newborn intensive care unit.

“His first week of life he did great,” remembers Kim. “I was encouraged but also naïve because I had no idea what a long road it would end up being. During his second week things really started to go downhill.”

Aiden was already small and he kept losing weight. He couldn’t control his blood pressure and also had to have a tube placed to help him breathe. His outlook continued to worsen when he developed a brain bleed. This was when doctors warned Kim and Abe that if he survived, Aiden would most likely have CP.

CP is a brain disorder that affects muscle tone and motor skills (the ability to coordinate body movements) and makes muscle control and coordination difficult. Everything from standing still and breathing to bladder and bowel control can be affected in someone with cerebral palsy.

“When I was told I was having a baby boy I remember immediately thinking he will play sports and do all these boy things and I was so excited. So when you are told that he has all these problems… it’s crushing to the core. The dreams you’ve already dreamed are just taken away.”

Due to his CP, five years later, Aiden continues to need assistance to help with his muscle development. That’s why he began seeing Michelle Potts, MD, physical medicine and rehabilitation (PM&R) physician at Dayton Children’s. 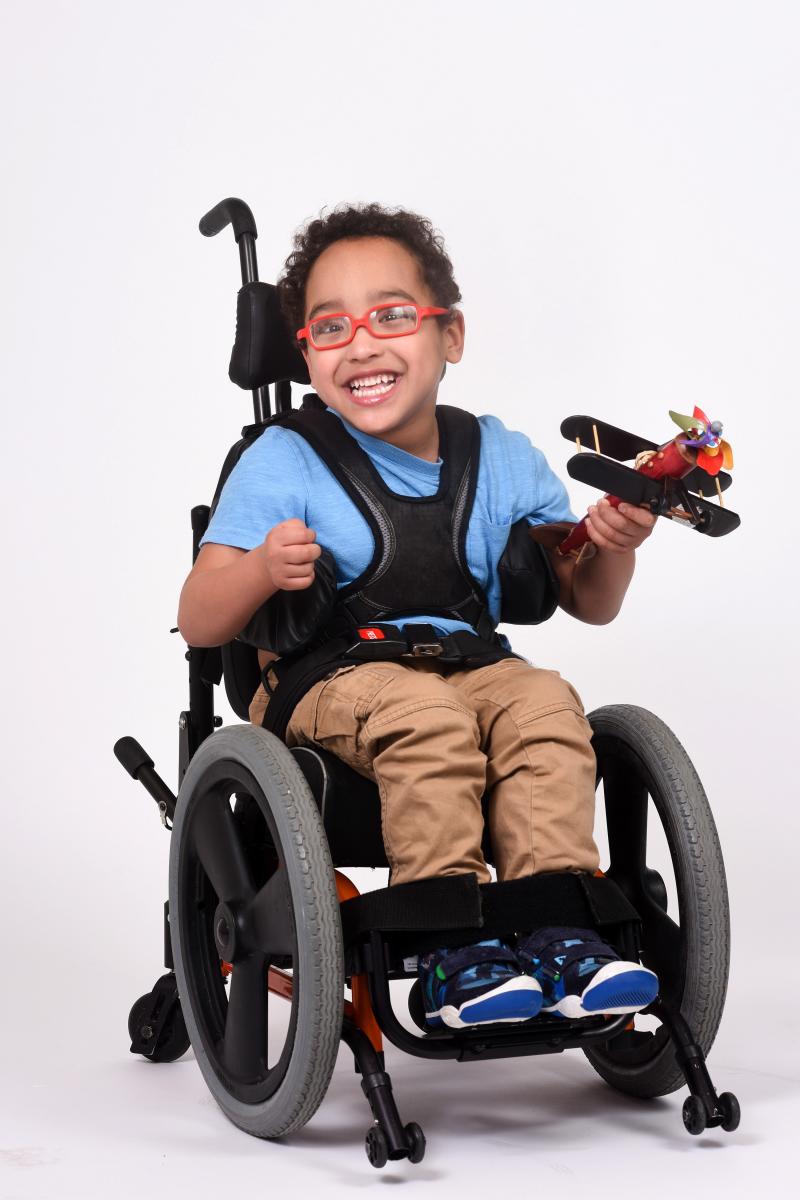 The PM&R department specializes in the diagnosis and management of children with physically disabling conditions such as brain injuries, spinal cord injuries, neuromuscular disorders and musculoskeletal conditions in order to maximize quality of life by improving function.

Dr. Potts recommended Aiden try a new drug called Dysport to help with the muscle tone and movement in his legs. Prior to this drug he had been receiving Botox shots. These shots could only be given every three months and by the second month Aiden was experiencing tightness in his muscles again. The new drug is lasting longer and keeping his muscles looser allowing him to do more including working on walking with a walker in his physical therapy appointments.

While Aiden may never walk completely on his own, the fact that he is working on walking with a walker is a miracle to his parents. At one point not long after he was born Kim and Abe were told there was nothing else that could be done and they were faced with the heart-wrenching decision of whether to take him off the machines that were keeping him alive or continue to give him another chance.

They chose another chance and Aiden continued to fight.

Aiden spent his first Thanksgiving, Christmas and New Year’s in the NICU fighting for his life and working to gain strength. He underwent multiple surgeries to place a shunt to reduce swelling and fluid on his brain and a g-tube to help him eat.

At exactly 4 months old, Aiden finally got to go home.

Shortly after going home Aiden was back with the specialists at Colorado Children’s for occupational and physical therapy (OT and PT). When it 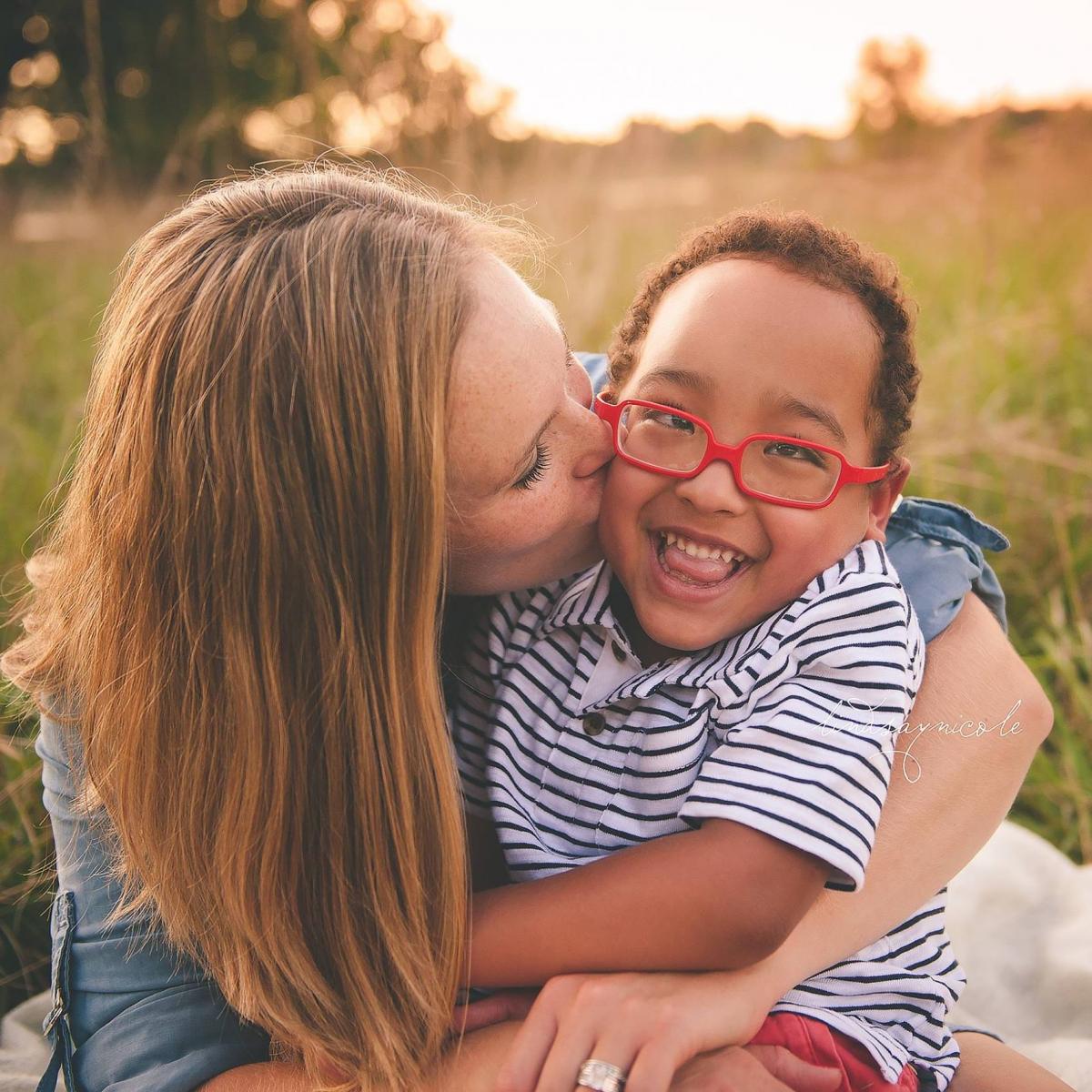 came time a few years later for the Conteh family to transfer to Wright Patterson Air Force Base, his care team in Colorado and his doctors on the base made sure they were connected with the right specialists and therapists at Dayton Children’s.

Along with the CP, PM&R and rehab clinics at Dayton Children’s Aiden is also a regular in the orthopaedic clinic. In the fall of 2017 Aiden underwent hip surgery with orthopaedic surgeon, Craig Shank, MD, and spent a number of days inpatient recovering from the surgery.

As Aiden prepares to enter kindergarten in Beavercreek this fall he is busy enjoying life. He loves to dance, play with his little sister and go shopping at Costco and Target! Also, now very in tune with his emotions he’s always telling Kim “I love you mommy” or “I miss you mommy.”

While no one can truly know what Aiden’s future holds, for his mom, it’s bright, and it all comes back to that smile she waited so long for.

“He has the ability to just light up a room, to make people smile. I hope he continues to be that way as he grows up. I hope God uses him even through the disabilities that he has and I hope that he is the best that he can be, whether that’s going to college or whatever. It’s not to be a NBA basketball player but to make a difference in the world around him by smiling and brightening up someone’s day.”

"We wanna see the world, but first we gotta get better." Check out Aiden as one of the featured patients in this explorers video!