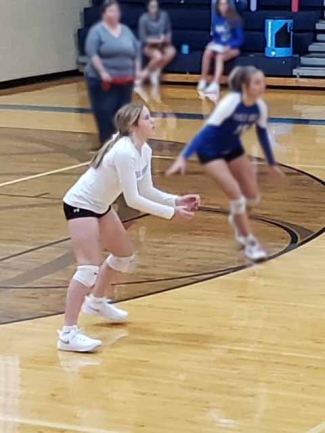 seen in: endocrinology and diabetes

Adi Tucker is a fifteen-year-old sophomore in high school, loves to play volleyball, cheer for basketball and runs track. Adi’s mom, Melissa, describes Adi as a brave, tough kid, sometimes making it difficult to know when Adi doesn’t feel good. But when Adi was just eight years old, Melissa, a nurse herself, knew something was off.

In 2015, the week before Christmas, Melissa noticed that her daughter was extremely tired and complaining of not feeling well. So, they went to the pediatrician where Adi was diagnosed with a sinus infection. Melissa still had a feeling that something else was going on.

“She didn’t want to play with her friends or family. It was Christmas break and normally she would be spending the night at friend’s houses and doing stuff, but she didn’t want to do any of it,” says Melissa.

One day Adi was playing outside and she couldn’t make it inside to use the bathroom to pee. “That was the first thing that made me wonder if Adi had diabetes,” says Melissa.

On Christmas Eve night, Melissa could not get her daughter to stay in bed; she constantly needed to go to the bathroom. “I figured she was just trying to catch Santa Claus,” shares Melissa. A couple days later, Adi was sitting on Melissa’s lap and Melissa noticed Adi smelled so fruity. “I’m not kidding when I say Adi smelt like Juicy Fruit gum,” said Melissa. “That whole week I’d been wondering, ‘Does my daughter have diabetes?’ But I just kept thinking myself out of it.” 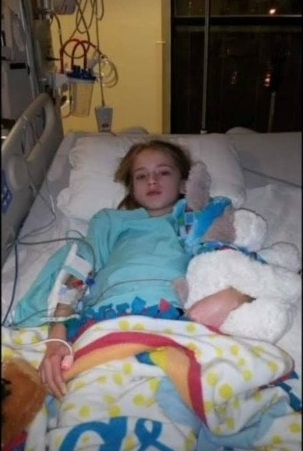 On December 28, 2015, Melissa called her husband and told him she was taking Adi to the emergency department. At that point, she was convinced that Adi had diabetes. “Our pediatrician had evening walk-in hours so I actually stopped there first hoping they would tell me I was wrong,” Melissa shares. “But they took Adi’s blood sugar, and it was in the 370s. They told me we needed to call an ambulance, but I said ‘No, I’ll drive her’.” The pediatrician called ahead, so when Melissa and Adi arrived, the Dayton Children’s emergency department staff were ready for them.

The emergency department team confirmed Melissa’s suspicions: Adi was diagnosed with type 1 diabetes and was in diabetic ketoacidosis (DKA). DKA is a serious condition that can affect people with diabetes, often type 1. It’s caused by lack of insulin and can be life-threatening.

“I remember standing in the trauma room and trying so hard to hold on to every single word being said because none of it was making sense to us. But in a situation like that you just put on your strong face, and you dive all in,” says Melissa.

Adi was admitted to the PICU, then to a step-down unit for a couple days before being discharged home on New Year’s Eve. In the hospital, Moira Pfeifer, MD cared for Adi’s diabetes, and Adi still sees her now. Adi loves Dr. Pfeifer, and her nurse, Sarah. 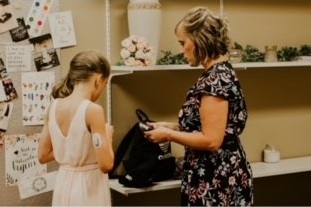 Melissa shares that it’s crazy to see how far Adi has come and how much her care has evolved over the years. One big change being the technology for managing Adi’s diabetes. She started off pricking her fingers and getting shots of insulin, but now Adi wears a Dexcom continuous glucose monitor. The Dexcom allows 10 people to track Adi’s glucose levels and will alert them if Adi’s sugars are going too high or too low. 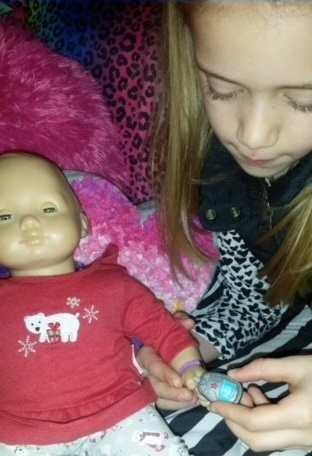 When Adi grows up she wants to be a nurse, just like her mom. “I look forward to making a difference for patients with type 1 diabetes. I believe in the promise of tomorrow and hope for a cure,” says Adi.

When asked what Adi would tell someone going through a similar situation she shares, “It gets easier. In the beginning, it’s hard learning how to live with a disease that will affect you for the rest of your life. But if you surround yourself with people who support and love you, it will be 1,000x easier.”

could it be a thyroid problem?

symptoms of thyroid problems in kids