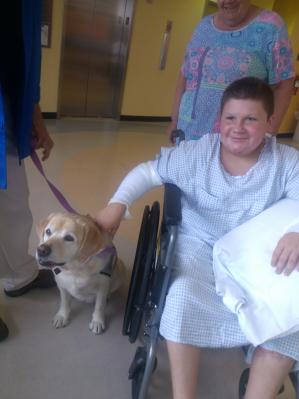 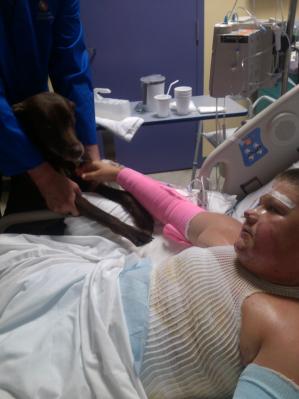 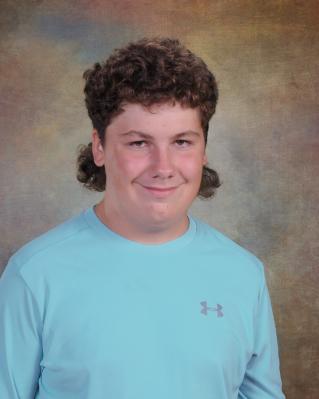 when Zach got burned

when Zach got burned

recovering from a nighmare

A graduation party. A bonfire. It seemed like harmless fun until 11-year-old Zach tripped and fell. He landed right on the fire.

Zach was rushed to Dayton Children’s burn unit. He endured severe second- and third-degree burns that covered 30% of his body –  Zach was fighting for his life.

He spent more than two weeks at the hospital, enduring numerous skin grafts to the damaged areas. Each day Zach got better and better, and it was all thanks to his wonderful care team and support from friends like you.

The care shown by his doctors and nurses made it easier for Zach’s family to relax and focus on his recovery. His mom, Renee, was by her son’s side throughout his entire stay, as the whole family was educated on the next steps in his journey.

“They all truly cared about Zach,” says Renee, “The doctors and nurses explained each step to him, which made him feel more comfortable throughout the entire process.”

Zach explains that his nurses made him feel safe and secure – he was never afraid to be in the hospital. “My experience at Dayton Children’s was good because they treat you like you’re at home. The nurses were very kind and they taught me as they went.”

Now, two years later, Zach is a healthy, active teenager. Your caring support ensured Zach and his family had access to the personalized care they needed to help achieve a full recovery from his nightmare accident.

06/22/21 | blog post want to help prevent suicide? take this training The QPR Gatekeeper training strives to reduce suicidal behaviors and save lives by providing innovative, practical, and proven suicide prevention training.
06/23/21 | event cooking class-added sugar Talk about what sugar does for the body, why we want to watch how much we eat it, and practice making recipes that are lower in sugar content.