what's so special about boys? 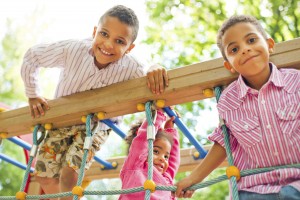 The differences between boys and girls extend far beyond their anatomy. Understanding those differences will help us be better parents to all of our kids.

Child Trends recently summarized the research on those key differences. Gender disparities begin before birth, with males more likely to be born prematurely. Boys have significantly more developmental problems during childhood. They are more than two times as likely to be diagnosed with Attention Deficit Disorder and have a rate of Autism four times that of girls.

Boys experience more failure in school than girls. They are 50 percent more likely to be held back in at least one grade and more than two-thirds more likely to have the need for an Individualized Education Plan.

In general, their academic achievement is behind that of girls. In the fourth, eighth and twelfth grade, girls score higher in standardized tests in reading and writing. Boys perform better by a small margin in math in the fourth and twelfth grades. Our sons are less likely to graduate from high school, and only 30 percent of young men obtain a college degree (compared with 37 percent of women.)

These differences are due to a complex interaction of biological, genetic and environmental factors. If you have a son, pay particular attention to the following.

We want all of our kids to succeed. Each gender has its own plusses and pitfalls. The goal isn’t to treat each gender equally, but rather raise each child according to their specific