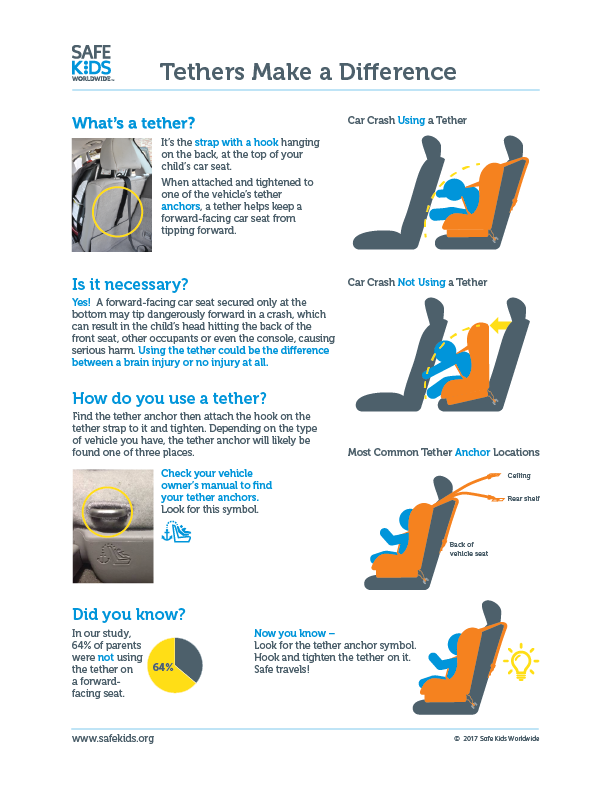 This is a serious concern because the tether is an important safety device to protect children in cars.

“Many parents don’t know about the tether, and don’t realize that their child is not fully protected. We want to fix that.” said Abbey Rymarczyk, Safe Kids Greater Dayton coordinator and Dayton Children’s community relations and prevention coordinator.  “We host car seat checks every week and we encourage parents to come out.  Families can also get expert help online with the Ultimate Car Seat Guide, which is available in both English and Spanish.”

The research also shows that lack of tether use is an historic problem. Over a ten-year span, tether use is consistently low and many families who use it don’t use it correctly.

But the good news is education works. In 2016, parents and caregivers were shown the importance of using the tether at a Safe Kids car seat checkup event. At a follow-up event six weeks later with the same families, correct tether use increased by 37 percent. 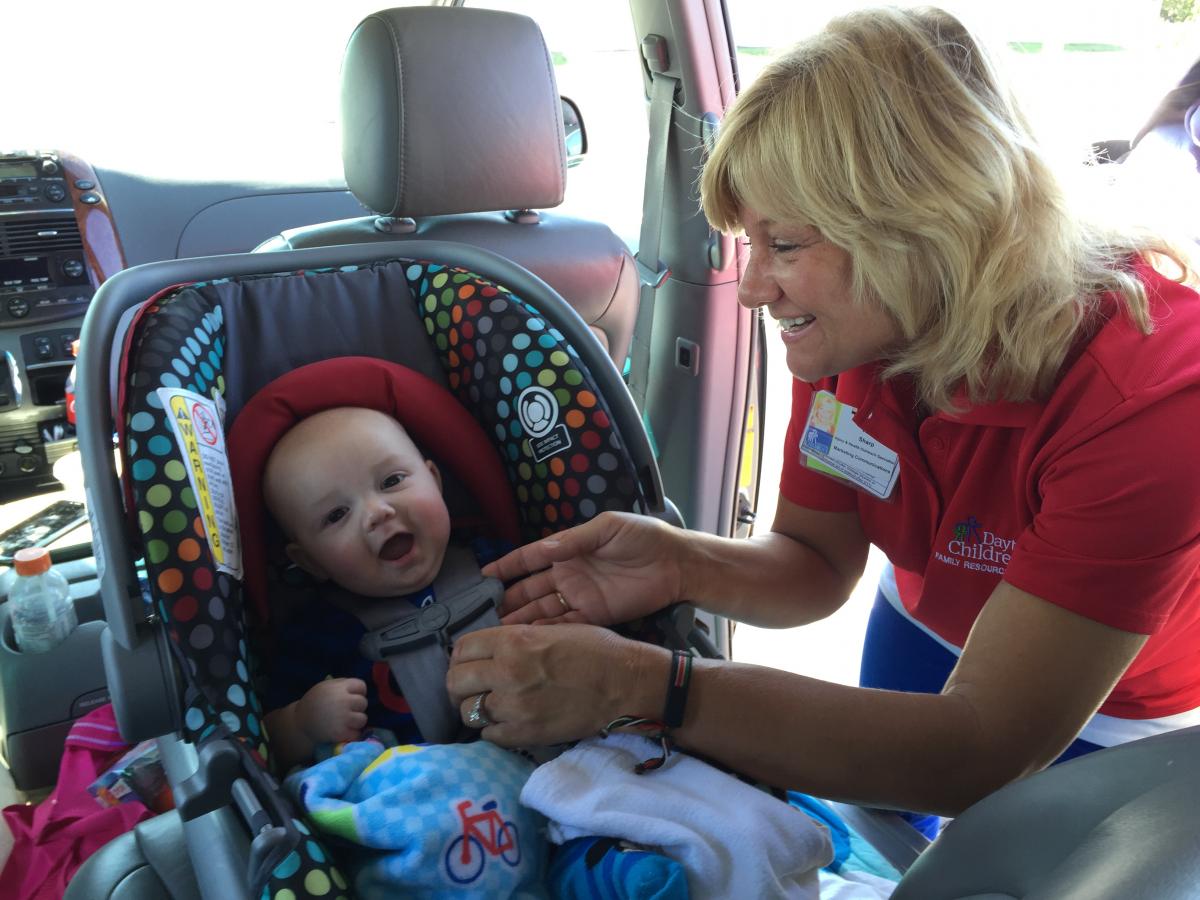 “We know parents and caregivers want to keep their little ones as safe as possible,” said Tricia Morrow, Chevrolet Safety Engineer. “That’s why when we design our vehicles we look for ways to make tether anchors visible and plentiful, because we know how important tether use is for children in forward-facing car seats. We want all caregivers to understand that tethers are key to getting the most protection from a child restraint system.”

With one child younger than the age of 13 involved in a car crash every 33 seconds, parents need to be extra vigilant about keeping kids safe in cars.

This announcement builds on Safe Kids Worldwide’s enduring, 20-year partnership with Chevrolet and General Motors, dedicated to protecting children and teens in and around cars. Since its launch in 1997, the Buckle Up program has grown into the most comprehensive child passenger safety program in the nation. Over that time, there has been a 50 percent decline in child deaths for children 8 and younger in car crashes.

Child Passenger Safety Week is September 17-23 and culminates with National Seat Check Saturday on September 23. In September, Safe Kids will host nearly 500 car seat events and inspection stations across the country, offering guidance from certified Child Passenger Safety Technicians on proper car seat and booster seat installation and usage, with a focus on the use of tethers. Parents and caregivers can visit SafeKids.org to locate an event in their community.