a spike in RSV: 6 things you need to know 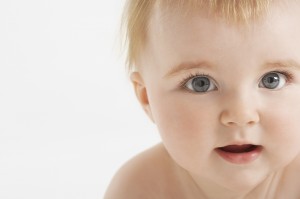 Did you know that at Dayton Children’s, bronchiolitis is the second highest diagnosis for admission second only to asthma. Bronciolitis is caused by a virus, most commonly Respiratory Syncytial Virus (RSV).

This season we started to really see RSV rise by Christmas and it is CONTINUING TO RISE with almost 200 cases testing positive per week for the past three weeks.

To put it in perspective, last year this time, we had about 50 positive cases per week.

RSV is one of a dozen viruses that we can test for in medicine. It causes bronchiolitis (NOT bronchitis). Many virus cause bronchiolitis but RSV is the most common one we talk about.

1. What does it mean to have bronchiolitis?

Viral bronchiolitis is an acute, infectious and inflammatory disease of the respiratory tract resulting in airway obstruction and respiratory distress.Symptoms typically last a week and get worse around day 3-5 of illness.

RSV is very contagious. Airborne with a cough or sneeze and it can live on surfaces and spread by contact. So just being around another sick person is enough to get you sick. More often than not, an infant becomes ill from an older sibling, daycare exposure or a sick adult. This time of year most of our patients with bronchiolitis that have the most severe disease are less than 6 months of age. The younger you are, the sicker you are from bronchiolitis.

For most of us, bronchiolitis causes an annoying runny nose that is more of an inconvenience than truly life threatening. In young infants, because of the rate at which they breathe, they are unable to protect their lungs by sitting up, blowing their nose and controlling their nasal discharge.

Although bronchiolitis occurs in all age groups, infants typically present with the most severe symptoms.Bronchiolitis is the main reason for hospitalization for respiratory tract illness in infants.

6. How do we take care of children with bronchiolitis?