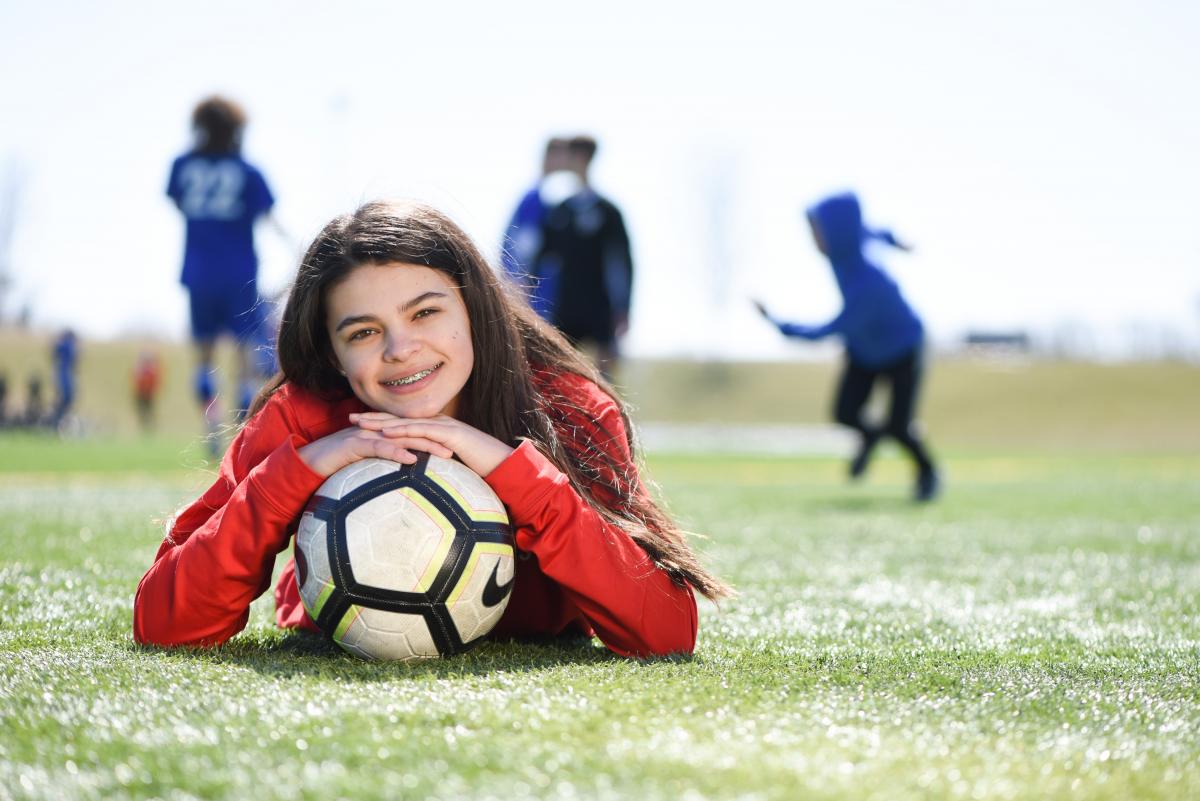 Allison Mundey can tell you first-hand about the innovative scoliosis treatment happening at Dayton Children’s Hospital.  In November of 2017, she had corrective surgery on her spine by Michael Albert, MD, using the BandLoc system. She’s among the first in the country to have this new device.

Think of it like a big zip tie made of polyester. The surgeon weaves the polyester band from pins and rods, through the spine. The bands are simple, versatile and powerful, gradually correcting even large spinal deformities with no bone or band failures.

Dr. Albert worked with BandLoc, a medical technology think tank of industry veterans and scientists in Waxhaw, North Carolina, to help develop this less invasive, anatomy-friendly technology. He performed the very first BandLoc surgery in the country on August 22, 2016, at Dayton Children’s Hospital.

Allison couldn’t be happier with the surgery and her recovery. “It’s amazing,” Allison says. “The second day after surgery, I got out of bed. The second week, I was walking. The third week, I could climb stairs. Four months after surgery, I am jogging and doing some weights. By five months, I will be cleared and playing soccer again.” 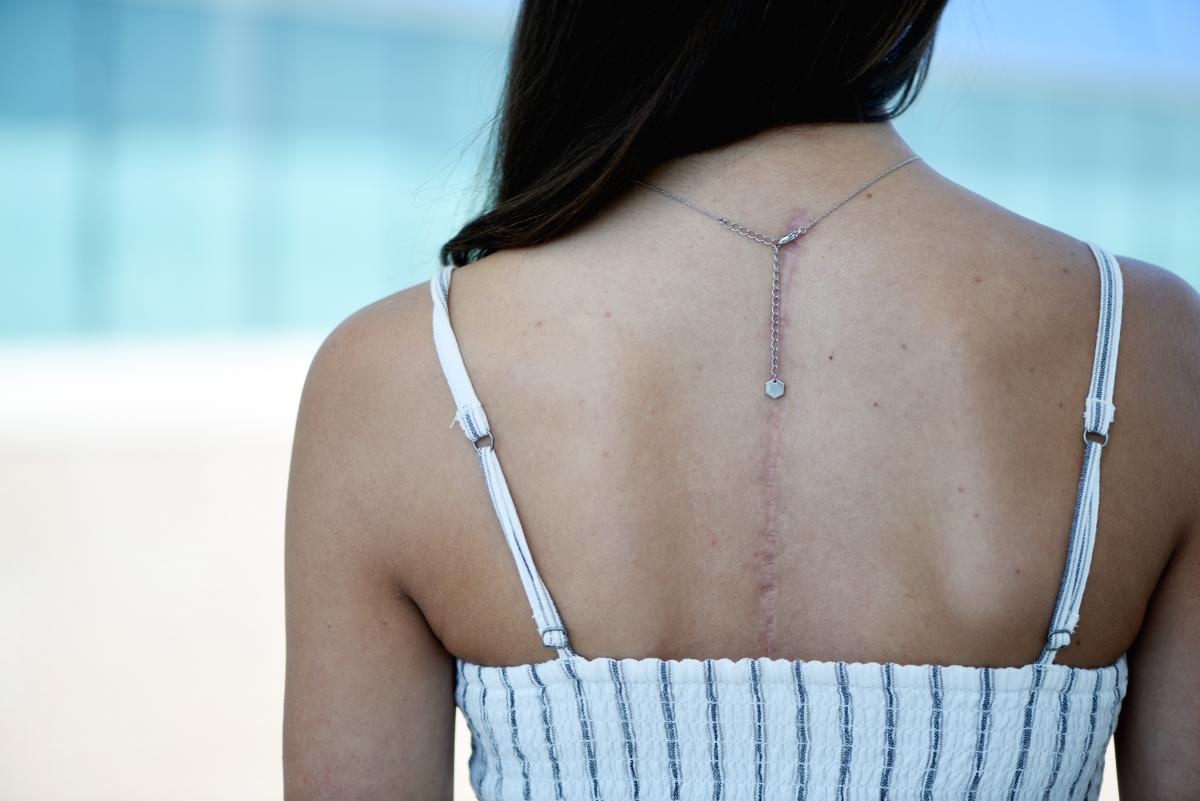 The only reminder of her scoliosis now is her scar – a satisfying trade-off for her. “I didn’t realize how much pain I was in before I had the surgery,” Allison says. “It had just become something I lived with. Now, I can’t believe how good I feel and how well I can move. There is no pain at all. Plus I grew almost two inches in four hours – before surgery to after surgery!”

More than 100,000 kids are impacted by scoliosis every year and finding new and innovative ways to help those children is Dr. Albert’s passion.  In September, 2017, he was the first surgeon in Ohio to use 3D printing technology called FIREFLY® Pedicle Screw Navigation Guides by Mighty Oak Medical through partnership with OrthoPediatrics.  The technology allows doctors to print a scale model of the spine to plot the most efficient placement of screws before the surgery, leading to safer, more accurate and faster operations.

Dr. Albert also serves as the surgeon advisor for AMB Surgical II, LLC, a medical device developer and owner of the FLYTE™ Smart Automated Growing Rod (SAGR) technology.  Through the use of this technology, which uses magnets and mechanics to help lengthen and straighten spines and limbs, children will no longer be subjected to repeated surgeries to correct limb and spinal deformities.  “Automated limb and spinal lengthening is in its infantile stages, but I believe the concept of electro-mechanical lengthening is a game changer,” says Dr. Albert.

While many will need surgery to correct the curvature of the spine, there are other methods that can delay and sometimes even prevent spinal surgery.  Dayton Children’s is proud to be on the forefront of these non-invasive approaches, even pioneering some innovative solutions. 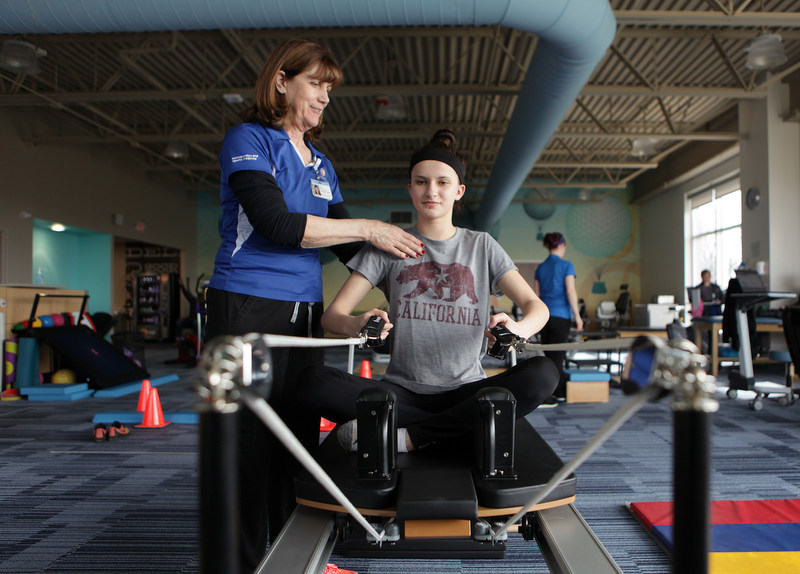 The child learns and practices exercises during visits with trained physical therapists and then uses these exercises every day at home.  While it is not a substitute for bracing or surgery, it helps develop improved symmetry of tissues, breathing capacity, strength, flexibility and endurance.  It can also help recovery after a spine surgery.

The Scolio-Pilates creator, Karena Thek, made the modifications to Pilates exercises both scoliosis user- and kid-friendly at Dayton Children's. She gave the exercises names like Pirate Pilates, Curious Turtle, Swinging Monkey Tail, Starfish and Scolio-Puppy to help connect patients to the exercises in a fun way.

Mehta casting is a way to gently and permanently correct progressive infantile scoliosis.  It works best for children younger than 4 years old because it harnesses the rapid rate of growth at this age to correct the spine in three directions.

“The Mehta cast looks like a plaster vest with an hour glass shape cut out of the middle,” says Alvin Jones, MD, orthopaedic surgeon.  Dr. Jones is specially trained in this procedure and been treating patients at Dayton Children’s with the Mehta cast for more than a year.

The child receives a new cast every 8 to 16 weeks, applied under anesthesia, until the curve of the spine reaches an acceptable level.  The typical total duration is one to two years, but early detection and treatment can dramatically reduce that time as well as the number of casts.

Mehta casting is often considered a first line of defense because it’s simple, effective and non-invasive. The best part is that a child can still run, jump, play and do most activities they normally would. 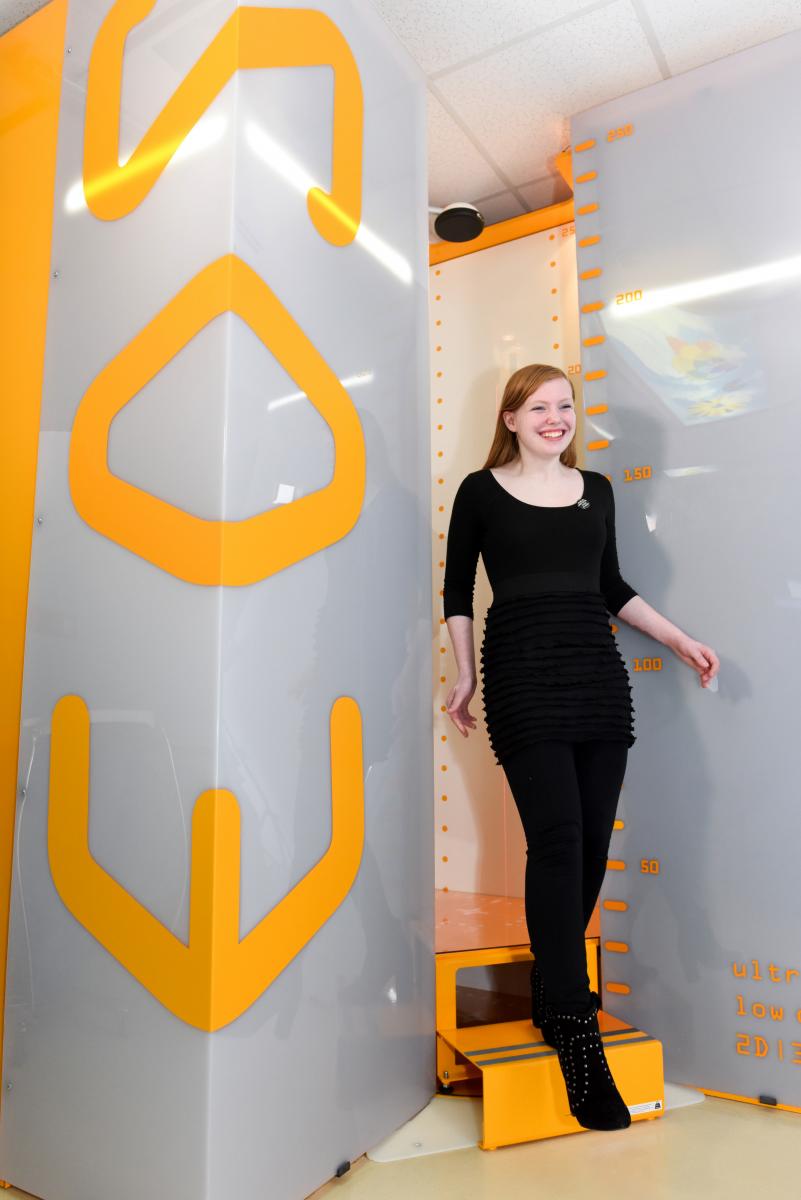 A child with scoliosis sometimes has images taken of their spine every six months to check the progression of the curve.  To protect the growing body, Dayton Children’s is dedicated to minimizing the amount of radiation in each scan with special machines and software.

The new EOS scanner at Dayton Children’s builds on that philosophy.  It has ten times less radiation than a regular X-ray and up to 99 percent less than a CT (computed tomography) scan of the spine.

It’s also easier, quicker and more complete.  A child simply steps into the EOS and in less than 20 seconds, it renders a 3D, head-to-toe image with sharper detail than other scans.  “Another benefit is the fact that the child is standing, which shows you their normal posture and how they bear weight,” says Dr. Albert. “We are able to make better decisions about treatment plans by seeing that and the interaction between the spine, hips, legs and joints.” 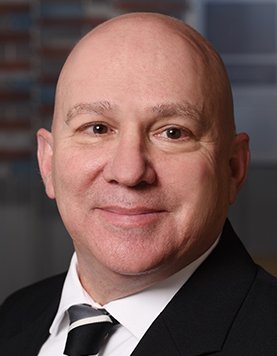