Here are some of my favorite quotes and notes from this past year. 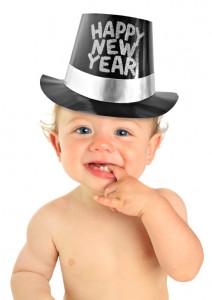 “Never let someone tell you that your dreams aren’t realistic,” proclaimed Portland Blazers basketball star CJ McCollum. I so dislike these “follow your dreams” platitudes. They sound inspiring, but everyone knows that they are nonsense.

Dreams accomplish nothing. Achievement results from hard work and talent. In the same Sports Illustrated for Kids referenced above, McCollum mentions his mom’s comment that “hard work pays off.” His mom got it right.

Slim Booth Photoshop app. “Ever wonder if you also look prettier or more handsome when you have a slimmer face and bigger eyes” proclaims this app for kids who want to change their appearance. “Just like magic, immediately you can see that cute look….and no need to go for any plastic surgery.”

This is a terrible message for our kids. Your value as a person is not determined by the shape of your nose or the color of your hair. Let’s get kids refocused on what matters in life--being kind, genuine, hard-working and developing caring relationships with other people.

“Wouldn’t it be great if everyone meant what they said,” proclaims a clever ad for Citi Bank. I don’t understand the notion that people should say whatever they think and feel and then justify their offensive behavior as just “being real.”

There is a place for courtesy and respect, which means at times not expressing your own feelings. This doesn’t mean being phony or deceitful. It does mean being quiet at times and caring about the impact of your words on others.

“I’m a sore loser,” proclaimed football star Cam Newton in trying to explain his rude post-game interview following a difficult loss in last year’s Super Bowl. Newton’s behavior during the interview was totally understandable. His justification the following day of his behavior was ridiculous.

“Show me a good loser and I’m going to show you a loser,” proclaimed Newton, who was paraphrasing football coach Vince Lombardi.

Newton and Lombardi are so wrong! Their cliché makes no sense. We lose in some way every day. We don’t get our way in everything, and things will sometimes not turn out the way we want.

Being a good loser means keeping things in perspective, learning from mistakes, continuing when confronted with adversity, and acknowledging your effort and those of others. Psychologists call this resilience, and it’s a key factor in what makes people successful.

“Don’t talk about it. Be about it. You’ll never score if you don’t shoot” advises an ad for Shot Tracker, an electronic device to improve your shooting accuracy. I like this one. Stop talking. Start doing. Keep trying.