frequently asked questions about the measles

It seems like measles is everywhere. More people have suffered from the red rash this year than any other since 2000 when measles was all but eliminated. Just by the end of April this year, there were 704 confirmed cases. That’s more than doctors saw in the entire year of 2014. Eight states have seen outbreaks, the biggest of which are New York, Washington and Michigan. The majority of those cases are in unvaccinated children.

So here are some FAQs about the measles to keep you current.

What is the measles?

Measles is a very contagious, viral illness most commonly characterized by a red, blotchy rash on the skin. “The rash tends to develop first on the forehead,” says Sherman Alter, MD, chief, division of infectious disease for Dayton Children’s Hospital.  “The other symptoms include what we call the three Cs – cough, coryza (runny nose) and conjunctivitis (pink-eye), along with a fever.”

Really contagious. “Measles is one of the most contagious illnesses we know of,” says Dr. Alter. “It can linger in the air for two hours after an infected person leaves. If you are not vaccinated, there is a 90% chance you get measles if you are exposed. If had the measles and I just walked into a room full of unvaccinated people, I could easily infect 20 of them.”

No, thank you - how do I avoid getting the measles?

Super simple – get vaccinated. These days most kids get two measles shots as part of the standard schedule – one at 12-15 months and the other at just before kindergarten at age 4-6.  It’s called the MMRV vaccine and it protects against measles, mumps, rubella and chicken pox (the V stands for varicella, the official name of chicken pox).

Speaking of chicken pox, it kinda looks like measles. Are they related?

Not other than being a viral illness. “While both are red rashes, chicken pox develops to look more like blisters and itches, while measles is smooth and tends to blend together to look like splotches,” says Dr. Alter. “Chicken pox also normally develops on the midsection of the body first, where measles tends to start on the forehead.”

If it’s so easy to prevent, how did we suddenly get so many cases?

A combination of travel and pockets of unvaccinated people. Measles was considered eliminated in 2000. America’s vaccination rate was pretty high. Even if a case or two here and there popped up, our kids weren’t transmitting it to one another because they were immunized.

Then a series of misinformation led to a trend against the vaccine, especially in certain pocket communities. Now more kids were open to infection. When they encounter the measles virus – while traveling abroad or while at a crowded space like an amusement park with travelers from abroad – they were highly likely to get it. If the child lives in a pocket community where children aren’t vaccinated, now that child spreads it to many others. It can easily spread to children who are too young to be vaccinated (those under 6 months) or those with chronic illnesses who can’t get the vaccine either.

So is the vaccine safe?

Yes. Certainly much safer than getting the measles which can lead to pneumonia, encephalitis, blindness, even death. Side effects from the vaccine are normally minor, such as a sore arm from the injection. A serious reaction to the vaccine, such as an allergic reaction, is extremely rare.

Who is most likely to get the measles?

Anyone who has not been vaccinated can get the measles.

Why don’t we give the vaccine earlier?

The measles vaccine is a live but weakened form of the virus. “To be most effective, it needs to multiply to create an immune response,” says Dr. Alter. “Babies retain natural protection from their mother for a period of time after they are born, so the virus may not multiply as it should to create that immunity.”

What if I am traveling with my baby? Can I get it earlier than normal then?

If parents are traveling abroad with a child younger than 12-15 months, they should talk to their doctor about getting the vaccine before their trip. Depending on where you are going and who you will be seeing, it may make sense. The child would still need to follow the immunization schedule, getting two more shots at the appropriate times to provide maximum protection.

How can I tell if I am protected? Should parents or grandparents get a booster shot, just to make sure?

For most people a booster shot is not necessary. “If you were born before 1957, you are generally considered immune because you were exposed to the live virus,” says Dr. Alter. “If you received two doses of the vaccine as a child, that protection should last a lifetime. If you don’t remember or can’t find records of your shots, you can ask for a blood test to check for measles antibodies.”

Hear more from Dr. Alter about the measles in this Facebook live. 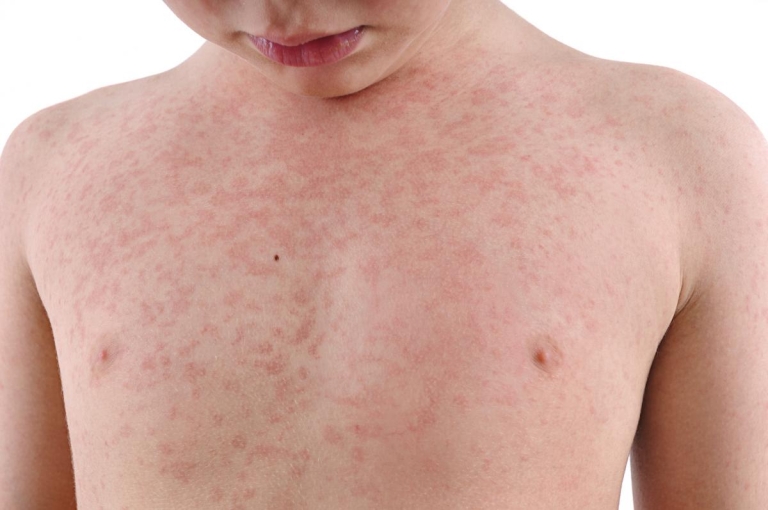 Hear more from Dr. Alter in this Facebook live.

prevent your child from getting the parechovirus