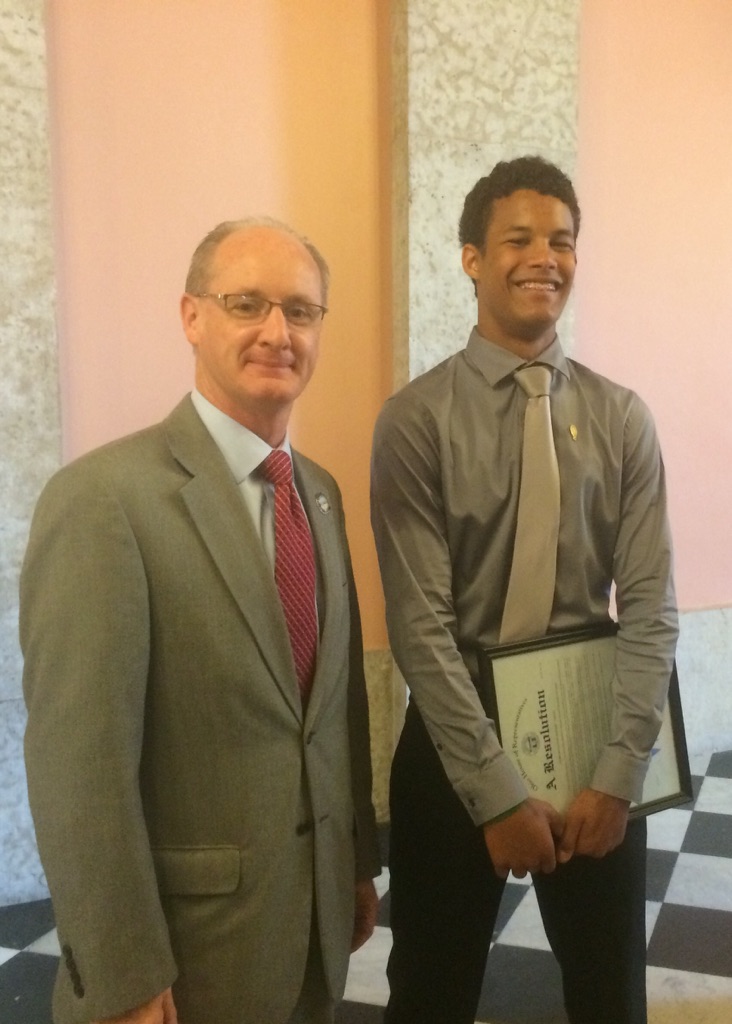 Ethan Conley was recognized on the floor of the Ohio House by Representatives Jeff Rezabek and Mike Henne for being selected as the 2015 Children’s Miracle Champion for Ohio.Representative Rezabek shared Ethan’s story and presented him a resolution from the Ohio House, recognizing his honor.

"It was truly an honor to meet Ethan and his family and present them with a House Resolution. Ethan is a great ambassador and role model for all of us to follow," Representative Rezabek explained. "He not only survived his life-threatening illness, he is thriving, and that is something special. Having the opportunity to speak with him and have him share his experiences is something I will never forget."

Ethan spoke about his faith and asked for the continued support of children’s hospitals. His speech was met with a standing ovation from the chamber.

Then he was recognized in the Ohio Senate Chamber by Senators Bill Beagle and Peggy Lehner. Dayton Children’s President and CEO Debbie Feldman and Dayton Children’s Board of Trustees Vice Chairman Mike Shane were on hand to witness the recognition.

Ethan and his family just returned from a trip to Washington, DC, where he met with U.S. senators and representatives as the 2015 Children’s Miracle Champion for Ohio. He along with the champions from other states shared how they owe their lives to children’s hospitals. Ethan survived an extremely rare virus. It was the only time doctors and nurses at Dayton Children’s have seen this virus, and to this day, it’s the worst case documented anywhere in the world. “Ethan is a miracle child and survived what no person in the world has ever survived,” says mom, Rebecca.

"We consider ourselves blessed to advocate on behalf of all the children and their families whose lives have been forever changed and touched by Dayton Children's and Children's Miracle Network Hospitals,” says Javan Conley, Ethan’s dad. “Their efforts are the reason our son Ethan is still alive. Not a day goes by that we don't take the time to thank God for His grace and mercy and all the wonderful doctors, nurses, staff and volunteers that played a part in our miracle."

In 2010, Ethan was diagnosed with viral myositis with rhabdomyolysis after his parents brought him screaming in pain to the Soin Pediatric Trauma and Emergency Center at Dayton Children’s. His legs were swollen to twice their normal size and he was in agony. The damage the virus was doing to his muscles was flooding his bloodstream with the enzyme CPK, which was overloading his kidneys. His organs began to shut down. 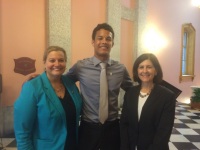 Vipul Patel, MD, the medical director of the pediatric intensive care unit, called colleagues around the country to collaborate on Ethan’s case. “The virus led to septic shock, which means he was being poisoned from the inside out,” says Dr. Patel. “There’s typically a 50 percent chance of survival, but as each additional organ fails, the odds of death increase by 10 percent.”

Ethan’s chances hovered at around 20 percent. He was placed on advanced life support: a respirator to breathe, dialysis for his failing kidneys and medication to stabilize his blood pressure and heart rate.

Ethan’s family, his doctors and nurses never gave up on him. “We prayed non-stop and knew Ethan surviving was in God’s hands and we trusted His plan,” Javan shared. Finally, after weeks in the pediatric intensive care unit, the treatments were successful and Ethan began to recover. “Ethan is a miracle child and his doctors and nurses are miracle workers. Ethan’s doctors and nurses sacrificed time with their own families to care for Ethan; they cared for Ethan like he was their own child.”

This won’t be the first time Ethan’s story thrust him into the national spotlight. His story was featured on an episode of Animal Planet’s “Monsters Inside Me” in 2012. The show depicts what happens when human beings fall prey to parasites.

The Children’s Miracle Network Hospitals Champions program presented by Delta Air Lines, Marriott International and Chico’s FAS identifies a child from each state, Washington, D.C. and Puerto Rico with a remarkable medical story and passion for advocating on behalf of children’s hospitals. These Champions serve as ambassadors for the 62 kids treated every minute at 170 member Children’s Miracle Network Hospitals.

Children’s Miracle Network Hospitals® raises funds and awareness for 170 member hospitals that provide 32 million treatments each year to kids across the U.S. and Canada. Donations stay local to fund critical treatments and healthcare services, pediatric medical equipment and charitable care. Since 1983, Children’s Miracle Network Hospitals has raised more than $5 billion, most of it $1 at a time through the charity's Miracle Balloon icon. Its various fundraising partners and programs support the nonprofit's mission to save and improve the lives of as many children as possible. Find out why children's hospitals need community support, and learn about your member hospital, atCMNHospitals.org and facebook.com/CMNHospitals.