The Children’s Medical Center of Dayton and Miami Valley Hospital announce today the two organizations have formed a joint venture to formalize their relationship to provide the region’s highest level of care for high-risk moms and critically-ill premature babies. The new company called Southwest Ohio Neonatal Collaborative will begin operating July 1, 2013, as determined by the new venture’s board of managers. 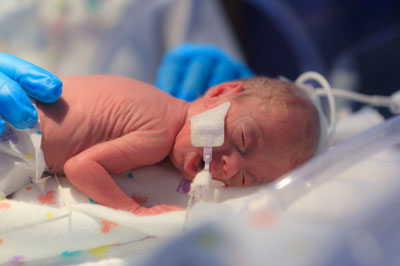 The focus of the joint venture is to elevate the quality of care and strengthen the health care delivery system for mothers and babies by drawing on the expertise of the two regional high-risk centers.

“Our plans call for establishing strong care alliances that advance care to our region’s children and will help Dayton Children’s remain strong and independent so we can effectively meet our mission.  The idea for this formal collaborative came as both organizations sought to strengthen the coordination of care we deliver to the most fragile infants,” says Dayton Children’s President and CEO Deborah A. Feldman.

Officials at both Miami Valley and Dayton Children’s note that this is not a merger, but a care alliance that aligns services and expertise to improve outcomes through clinical best practices and ultimately make the Dayton region the best and safest place to be born. Both hospitals will continue to operate their respective neonatal intensive care units (NICU).

Miami Valley Hospital and Dayton Children’s have held an informal relationship with each other for many years. Having a formal relationship gives more definitive structure to enhance the quality of care for premature and critically-ill newborns.

Jim Pancoast, president and CEO of Premier Health, which operates Miami Valley Hospital says, “Last year 830 critically-ill babies were cared for in the NICU at Miami Valley.  We see this collaboration as an important step to enhance regional care for tiny and seriously-ill babies. By working together we will be able to offer a more coordinated and seamless continuum of care for expectant mothers and critically-ill newborns.”

More than 80 percent of critically-ill newborns in this region are cared for by these two organizations and 85 percent of the complex neonatal care in the region is delivered at Dayton Children’s.

Hospital officials from both organizations agree that by joining forces and drawing on the experts from both hospitals who provide complex neonatal subspecialty care, the collaborative elevates the quality of care for neonates and those neonates requiring ongoing complex pediatric sub-specialty care and improves the health care delivery system for both mothers and babies.

One of only 45 independent freestanding children’s hospitals in the country, Dayton Children’s is the region’s only medical facility dedicated to children. Accredited by The Joint Commission and serving 20 Ohio counties and eastern Indiana, the experts at Dayton Children’s care for more than 290,000 children each year. Consistently recognized as one of the country’s best and most cost-effective pediatric hospitals, Dayton Children’s is home to the Wright State University Boonshoft School of Medicine, Department of Pediatrics and together with the United States Air Force shares the nation’s only civilian-military integrated pe­diatric training program.

The hospital is served by 5,800 employees and 1,100 physicians in 50 primary and specialty medical practice areas. It holds Magnet Status in nursing and is a 2012 recipient of the HealthGrades Distinguished Hospital Award for Clinical Excellence, placing it among the top five percent of the hospitals in the U.S.