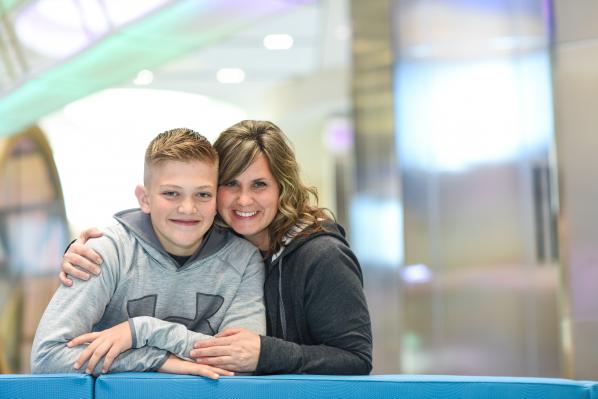 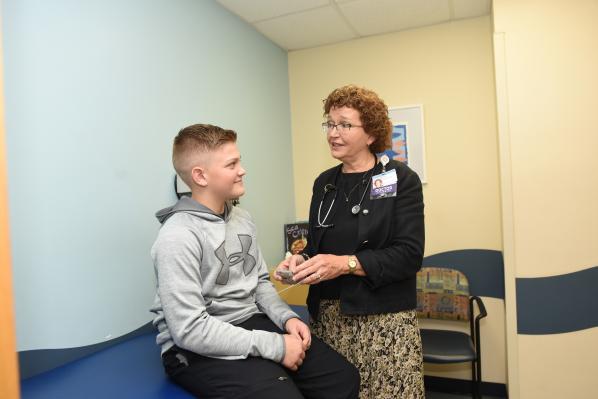 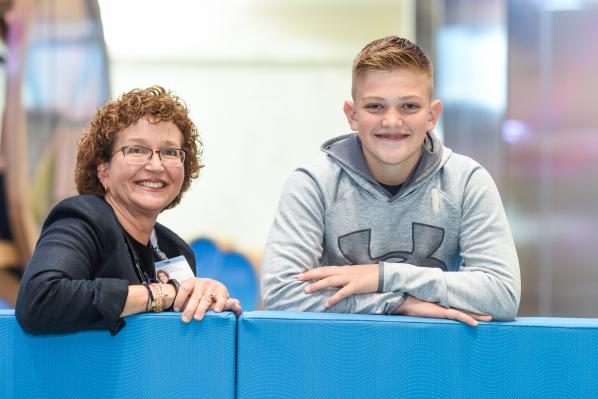 managing on the field and off the field 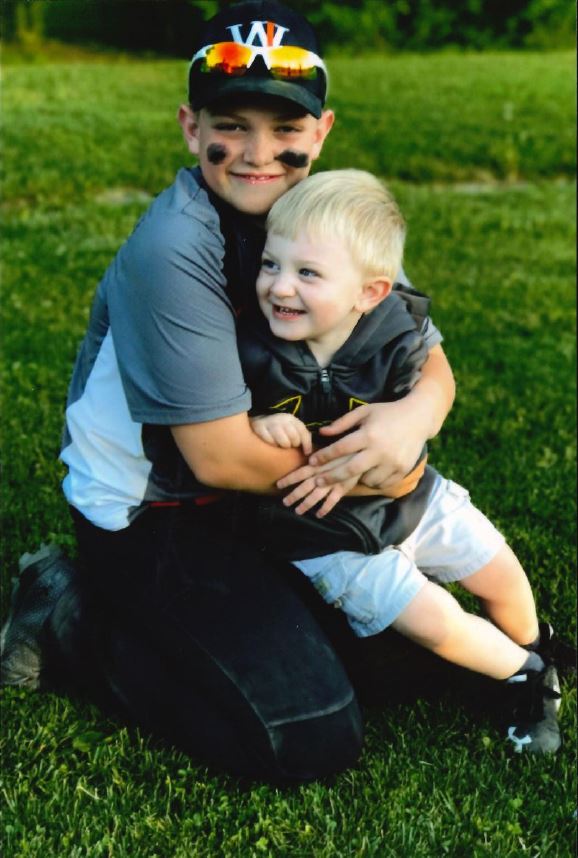 Wylie Harbour has never known a life without sports and activities – soccer, football, baseball, wrestling, junior youth rodeo, and 4H - you name it, and he’s played or participated in it. But, among all the hustle and bustle of practice and games, he’s also never known a life without checking his blood sugar before every meal and practice, ensuring his meter is charged before school, making sure he has enough test strips for the day and packing juices and glucose tablets in his bag in case of low blood sugar. At 14-years-old, Wylie lives the typical day of a teen who has type 1 diabetes, a chronic condition where the pancreas stops producing insulin.

A few short months before turning four-years-old, Wylie was experiencing mood swings and started drinking water non-stop. He was always thirsty and he was constantly going to the bathroom. His mom, Shonna, had a gut instinct that something was wrong so she scheduled a doctor’s appointment. The next morning, Wylie ended up in the doctor’s office with extreme vomiting.

“We didn’t know what was going on, but they wanted to test Wylie’s ketones and take his blood sugar. Later on, they brought a doctor in and he told us that Wylie had type 1 diabetes. I just started crying, there was so much information being given to us and I knew that our lives were about to change dramatically”, remembers Shonna.

The doctor told Wylie’s family that his blood sugar was stable enough to immediately drive to a nearby children’s hospital. Wylie’s family went to Dayton Children’s and were admitted for three nights. This hospital stay was the first time Wylie got an insulin shot and met his doctor Moira Pfeifer, pediatric endocrinologist. “Dr. Pfeifer came in and we were immediately comfortable with her. She actually has type 1 diabetes and a pump, herself. This has been a huge sense of comfort to us over the years. Just knowing that she lives with this and gets where we are coming from. We are very thankful and blessed to have her as Wylie’s doctor.” 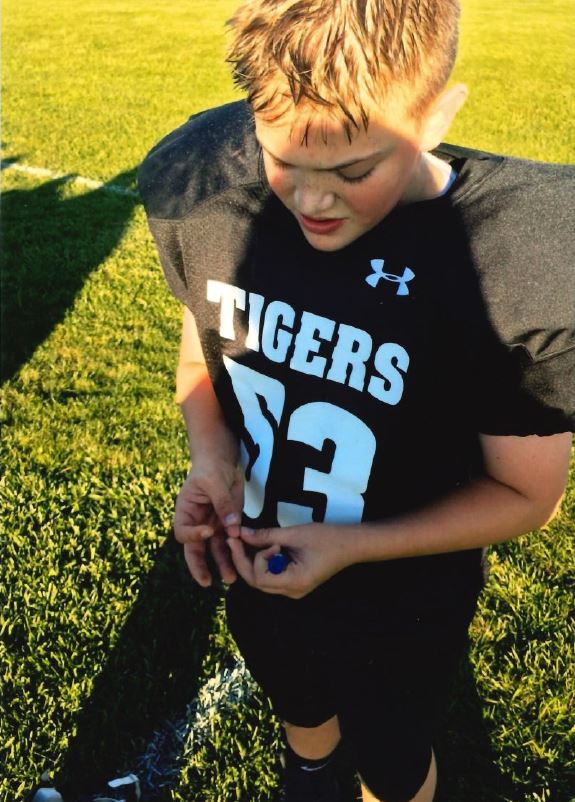 The initial diagnosis led to a crash course for Wylie’s parents in learning how to count carbohydrate intake, test blood sugar and give insulin injections. “We are always right there for Wylie taking the best care of him that we can. As a parent, we want to do whatever we can do to make things better, but this is the life God has given him. We’ve always made sure he has been involved in his care, even from the beginning. We will always help him but he has to live with this forever and we know he can handle the responsibility”, says Shonna. 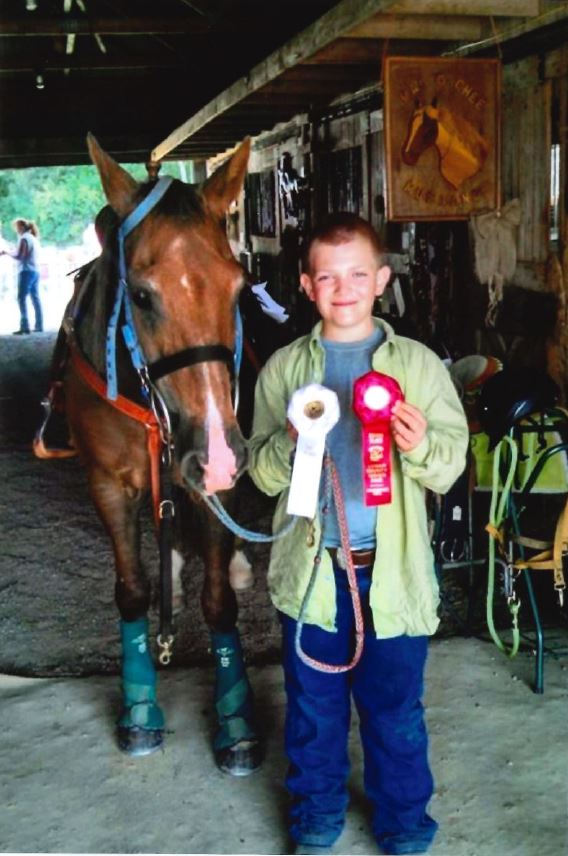 Now, his parents think back to all the ‘firsts of his diabetes diagnosis’. “I remember going home and having to give him his first insulin injection and how scary it was. I remember sending him off to preschool with him knowing how to check his blood sugar after just a few short months of being diagnosed. I even remember going out to eat for the first time and getting to the restaurant and thinking we can’t have the bread!”

Now, there aren’t as many scary ‘firsts’. Firsts come in the form of changing technology and educating people on type 1. Wylie will get a new pump in December that will communicate with a sensor which will help stabilize his blood sugars and improve his overall control. Wylie’s preschool and school staff throughout the years have gone to Dayton Children’s to learn about type 1 from the diabetes team. The pump companies have even visited the school to educate the staff. His grandparents have also gone through training to understand type 1 and how to help Wylie when needed.

Today, Wylie’s days not only consist of school and sports, he gets to help out with daily chores in their family’s barn and feeding the horses. He’s also an awesome older sibling, making sure he spends time with his little brother. Wylie knows that diabetes will always be a part of him but he also knows that it can’t hold him back from everything he does each day. He loves playing sports and he can do anything else that other kids can, he may just need a quick 15-minutes here and there. “I can do anything that anyone else can. I just may have to take a few breaks but get right back in the game. I never let diabetes slow me down or define who I am. It’s just another part of me, just like I have blond hair and blue eyes,” says Wylie.