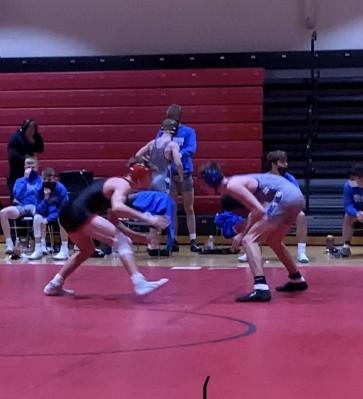 Fletcher on the wrestling mat 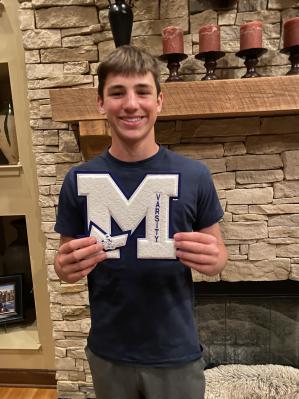 Fletcher is passionate about wrestling, football and lacrosse, so getting hurt in the middle of a season isn’t acceptable. In January, during the middle of a wrestling match, Fletcher’s ring finger got crushed under his knee. His finger went undiagnosed as broken. Fletcher continued to wrestle for two more weeks, but when mom, Julie, noticed that his finger was red, swollen and hot to the touch, she decided a trip to the pediatrician was necessary. Fletcher was given antibiotics and continued to wrestle.

At Fletcher’s next wrestling tournament, the school’s athletic trainer noticed the finger still didn’t look quite right and suggested that Julie take Fletcher to get an X-ray. Julie took Fletcher for X-rays where they discovered he had osteomyelitis, an infection in the bone, and a fractured growth plate that went through his nail bed. Fletcher underwent surgery at a surgery center near home to have the bone scraped of infection, but the cultures were lost and Fletcher and his family still didn’t have answers as to what the infection was.

With no cultures they couldn't start Fletcher on the right antibiotics. At this point, the Rose family was starting to fear that Fletcher was going to lose his finger if they didn’t get his infection under control – and this was not an option for the athlete. Julie requested a referral to Dayton Children’s infectious disease clinic. Fletcher was scheduled with Sherman Alter, MD, an infectious disease specialist.

“Dr. Alter was a bright light in this horrible situation,” says Julie. “He couldn’t have been more caring and more knowledgeable. Dr. Alter made sure that Fletcher got the right care and was available around the clock. He even gave us his cell phone number to contact him if we had questions after hours.”

Fletcher was on antibiotics for eight weeks and just had follow-up imaging where he was cleared to begin playing sports again. He wasn’t able to finish out the wrestling season, but he still received his first varsity letter.

“We went through a lot this winter. We are so thankful that we advocated for ourselves and requested to be sent to Dayton Children’s. It was very stressful not having answers for so many weeks, but Dr. Alter turned the situation around and his knowledge was the best,” says Julie.

Fletcher is already looking forward to getting on the wrestling mat next season.