the tallest kid in the PICU 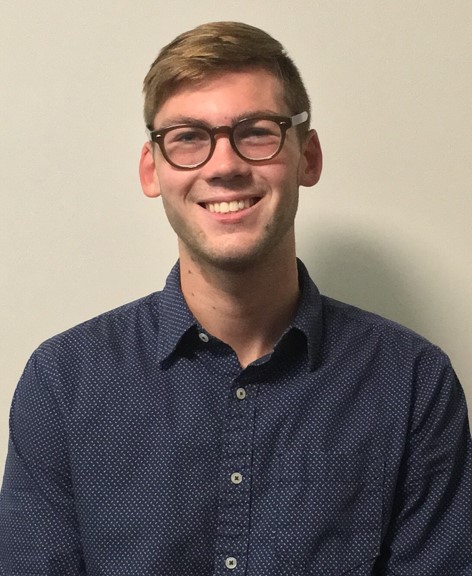 It’s natural to think of Dayton Children’s as a place for younger kids. But what happened to Ben Reineke is a good reminder that sometimes, big kids need specialized medical care, too. Especially when they have a life-threatening illness.

Ben was a junior in high school in March 2015, excited about getting a part in the school musical and playing the drums every chance he got. Diagnosed with Type 1 diabetes at age 8, he had never let that illness slow him down. In fact, he almost never got sick!

Looking back, Ben says the fever came out of nowhere. “At first I thought I just had the flu, and I went home early from school,” Ben says. “But that night the fever got worse. I felt like I was on fire, and my skin got really red all over. I started coughing and sneezing a lot, and then throwing up every half hour or so. I couldn’t keep anything down.”

The next day, Ben’s mom, Lisa, took him to the pediatrician, who recommended rest and lots of fluids. By that evening, Ben felt so awful that Lisa decided to take him to the closest emergency department. “The staff started doing all kinds of different tests, and within a couple of hours said they wanted to transport him to Dayton Children’s by ambulance,” Lisa says. “I couldn’t believe how bad things had gotten in such a short period of time!”

Getting the fever under control Ben was admitted to the pediatric intensive care unit (PICU), where Patricia Abboud, MD, began directing his care. She suspected Ben had sepsis, a serious condition that arises when the body has an overwhelming immune response to an infection. The immune system releases chemicals that trigger widespread inflammation, which can damage tissues and organs and lead to blood clots. If not treated quickly and appropriately, sepsis can be fatal.

“Dr. Abboud was really honest with us,” Lisa remembers. “She said that they needed to bring his fever down and his infection under control before she could be sure he would survive. The entire PICU staff never hesitated to answer tough questions, nor did they get tired of explaining things over and over again as I sat confused and scared.”

The medical team began giving Ben an aggressive regimen of antibiotic therapy, but by the second night, the fever was still raging. That’s when his nurse Mike Schibler, RN, brought in a “cooling mat” to place on Ben’s back, and made it his personal mission to bring the fever down. “Mike never left my side all night, and that meant a lot because it was a really vulnerable time,” Ben says. “I was scared and shivering, but finally the fever broke.”

As Ben’s condition improved over the next few days, Lisa began to breathe a little easier. “Having a 6’3”, 17-year-old boy in the ICU with some crazy virus amidst much younger patients was almost surreal, but I am so glad Dayton Children’s was there for us!” she says. “The entire PICU staff was amazing.  Each day, one of the doctors would lead rounds that included the parents, resident physicians and nurses. They would talk about Ben’s condition and discuss how to solve problems together. I was so impressed.”

About a week after he was admitted to Dayton Children’s, Ben returned home. By the end of March he was feeling more like himself, and was able to return to all the normal activities of his life—including rehearsals for the school musical. Today he is attending Miami University of Ohio, studying music performance. Every three months or so, he returns to the diabetes clinic for regular check-ups with his endocrinologist, Dr. Paul Breyer. But he has no lingering effects from his bout with sepsis.

“The care I received at Dayton Children’s when I was sick was top notch, and the staff was so reassuring,” says Ben, who has grown another inch since his illness. “Even when I was scared, I felt safe."