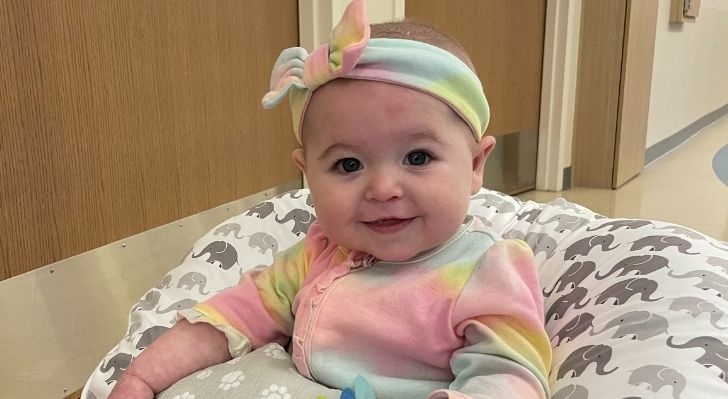 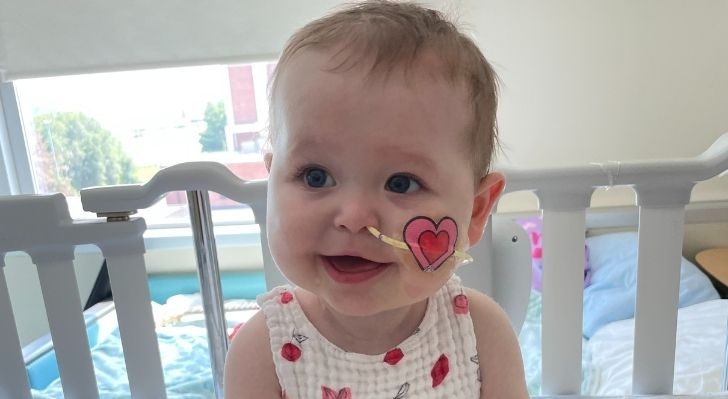 a true team effort for Rosalia 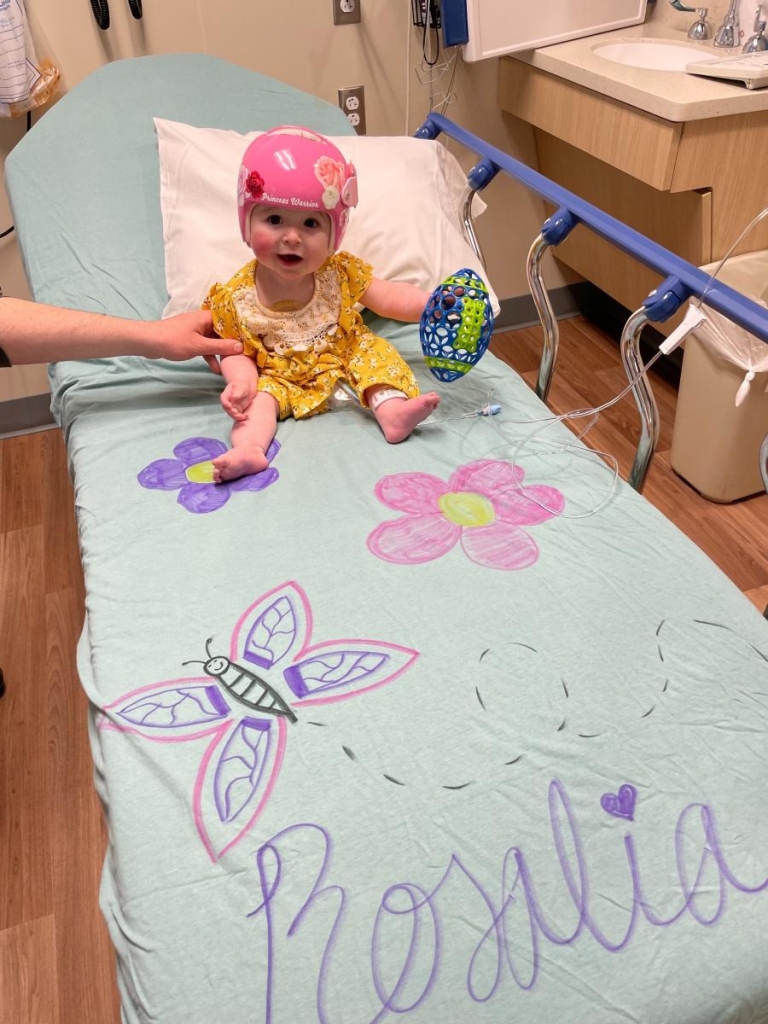 The emergency department suspected that Rosalia had leukemia. After further testing, it was confirmed that Rosalia has a rare type of leukemia called Infant B-Cell Acute Lymphoblastic Leukemia with KMT2A rearrangement (previously known as MLL B-Cell ALL). Rosalia immediately began treatment with Lionel Chow, MD, PhD.

Right away, Rosalia had a broviac surgically placed, a central line through which Rosalia receives her chemotherapy and gets her blood drawn, by Oliver Soldes, MD, FACS, FAAP. This was their first introduction, but Dr. Soldes quickly became a key part of Rosalia’s care and treatments. In February, Rosalia had complications during induction chemotherapy that led to a bowel perforation and eventually septic shock. “That was the scariest day of my life, but I was so relieved that Dr. Soldes was on that morning. He saved Rosalia’s life,” Rene said.

caring as a team

Dr. Soldes did an emergency ileocecectomy and ileostomy at that time to allow Rosalia’s bowels to rest and heal. Over the next couple of months, Rosalia had multiple secondary infections that required more surgeries both by Dr. Soldes and by Arturo Aranda, MD, FACS, division chief of pediatric surgery. The infectious disease team, including division chief Michael Klatte, MD, Sherman Alter, MD and Ryan Simon, MD, joined Rosalia’s team to help diagnose and treat the infections. They followed her cultures, prescribed antibiotics, and helped guide the surgical decisions when appropriate. “There were multiple times when Dr. Chow, Dr. Soldes, the pediatric intensive care unit (PICU) doctors and the infectious disease team met and talked about a plan for Rosalia, outside of rounds. They were thinking about her care as a team and we really appreciated that,” Rene said.

From January to July, Rosalia spent over 150 days at Dayton Children’s, including several weeks in the intensive care unit battling infections caused by complications from her chemotherapy treatment. Rosalia’s last big surgery was in March, when Dr. Soldes repaired a hernia and attempted to close her stoma. Unfortunately, they weren’t able to close it due to scar tissue, so Rosalia is scheduled for another surgery in September after the scar tissue has had time to soften. Even so, March was a big turning point for Rosalia, and things started to get a lot better.

a special touch to lift spirits

“All the staff have been such a blessing. Not only Dr. Chow, Dr. Soldes and our nurses in HemOnc, but also the ICU team, our infectious disease doctors, dietitians, respiratory therapists, the social worker, educators, chaplains, child life and music therapy,” Rene said. “Lindsey, the music therapist, would come to every one of Rosalia’s procedures to help make her feel less afraid. The first day we arrived on the HemOnc unit, she brought a spare guitar and left it in our room because she knew Rosalia’s dad plays. That was so special to our family, and really helped lift all of our spirits throughout Rosalia’s hospital stay.” 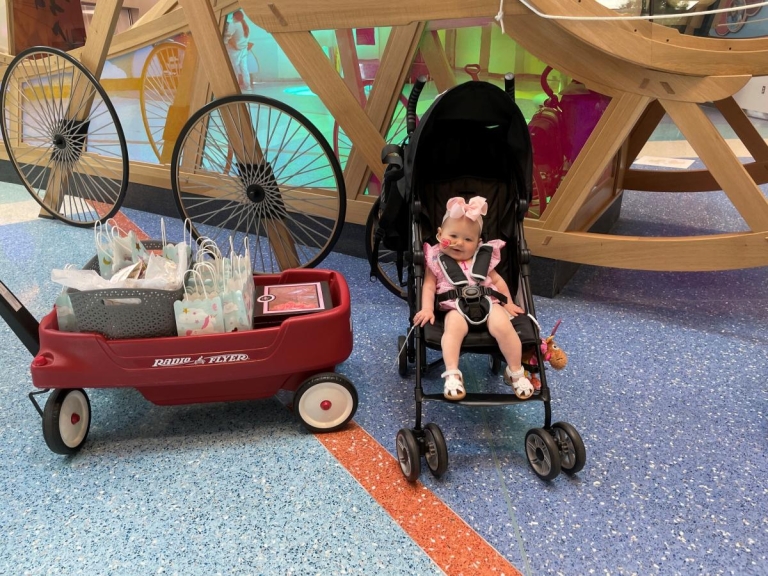 Rosalia has been in remission since the end of February, but her treatments continue. Rosalia is scheduled to receive a round of an immunotherapy called blinatumomab next, then she will enter the maintenance stage of treatment with traditional chemotherapy. Dr. Chow and the rest of Rosalia’s care team have supported and closely communicated with the Meadors every step of the way, from their first meeting in the emergency department to now as Rosalia is approaching the maintenance stage of her treatment.

While Rosalia still has more treatments ahead, she is doing great. On July 22, Rosalia turned one year old. She celebrated by bringing patients on the HemOnc floor goody bags, and snacks for the staff as a thank you. Rene shares:

“I really feel like Dayton Children’s is a special place, and that everyone here is an angel. I couldn’t have asked for a better place to treat my daughter and a more caring medical team and staff to be on this journey with our family.”