back to being 'all boy' 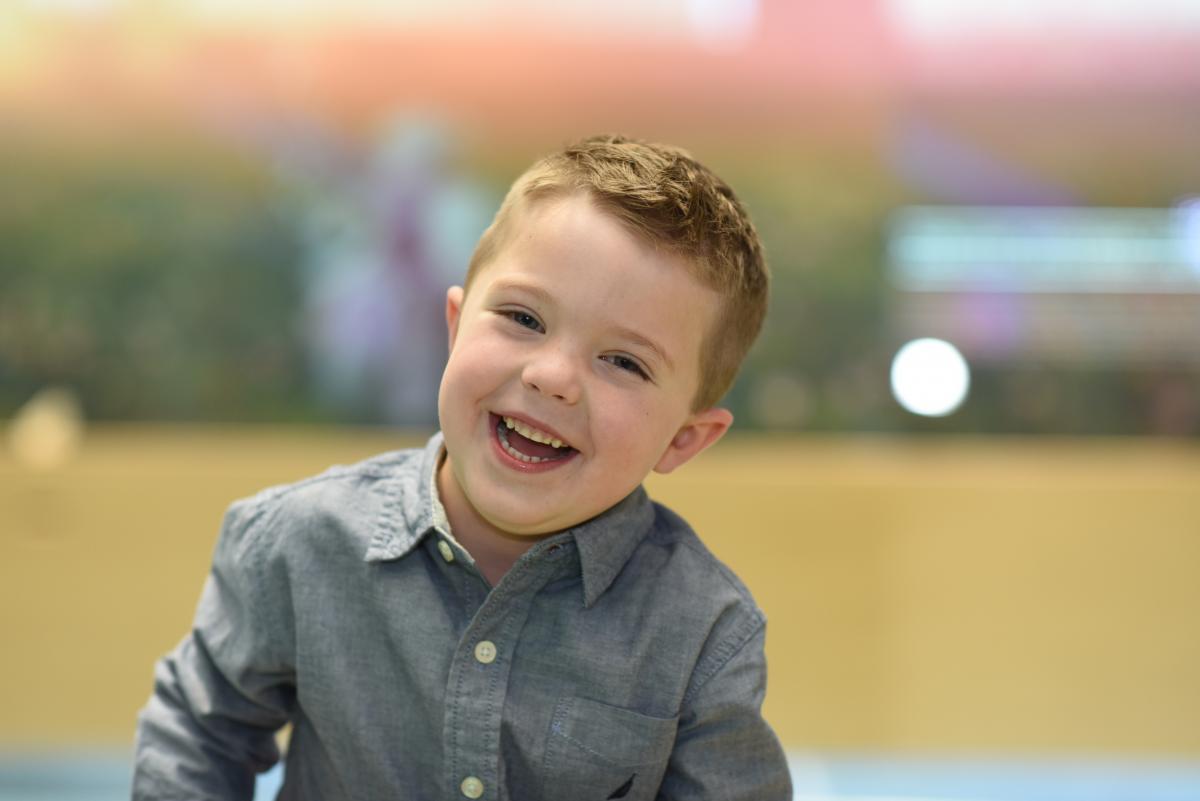 Mason Moeller is all boy. His sturdy little 5-year-old’s body races across Dayton Children’s lobby, turning furniture into an obstacle course. He plunges head first into an ottoman, maybe imagining he’s cliff diving. His mischievous smile makes you want to join him in any adventure he can dream up and his blue eyes twinkle with all the possibilities that life holds.

“He loves all things outside,” says mom, Lisa. “He is all about riding his bike. His grandparent’s live on a farm and he can’t wait to play on the tractor when we visit. He is definitely all boy.”

His parents almost never got to see this Mason – this rambunctious, Lego-lovin’ preschooler. Mason almost died when he was just 15 months old from sudden onset of type 1 diabetes. The signs came on so suddenly and were easily confused with other typical toddler trials. Now his parents want others to know what to look for.

“It was four years ago this month,” remembers Lisa. “It was actually November 5, election night, because my husband had just gone to vote when Mason threw up for the first time – ever.”

Lisa was 20 weeks pregnant with her second child and had picked Mason up early from the babysitter after an ultrasound appointment.  The babysitter thought Mason had caught a cold because he sounded congested.

As the night wore on, Lisa knew it was worse than a cold, maybe the flu. “He was working so hard to breath, his little body would almost just flatten when he took a breath. He sounded so congested. He threw up all night.”

Living in McCartyville, a few miles outside of Anna in Shelby County, the Moeller’s were ready to go when their pediatrician’s office at Wilson Memorial Hospital opened the next morning. “I remember walking in holding him and the receptionist took one look, and ran to pull the doctor out of another appointment and pulled this huge cart out to check his lungs.”

Mason’s lungs sounded clear so, with no answer to what was wrong, the pediatrician rushed him down the hall to the emergency department. After a few tests, doctors there discovered that Mason was in DKA – diabetic ketoacidosis. That’s when the body can’t break down sugar for energy so it burns fat instead. That process creates acid, which builds up in the bloodstream. It can become deadly in a matter of hours.

Mason was so dehydrated that no one could get an IV started to give him medication that would help. “I remember the nurse saying OB would be down in 10 minutes, because they were used to working with small veins, and the doctor said Mason didn’t have 10 minutes. Those words just stop your heart as a parent,” says Lisa.

Doctors had to do an extreme procedure called an IO. That’s when they drill directly into the shin bone to deliver medication straight into the bone marrow. Dayton Children’s Mobile Transport Unit was already on the way to get him.

“That’s when they told us he had diabetes – I just wanted to collapse on top of him and scoop him away – you just can’t believe it’s happening.”

“We got in the ambulance and the nurse was so calm, chatting about every day topics like where I worked and how I liked it. I was peppering him with questions about diabetes, trying to wrap my head around it. I still didn’t realize how serious this situation was. Meanwhile, now I know that nurse was making precise calculations every few minutes to balance the correct dosage of medication Mason needed to live.”

When DKA gets so severe, you have to correct it slowly. A sudden change can cause irreparable brain damage. But it’s a delicate balancing act, because if you don’t bring it down enough, the child could die. “The doctor later told me that she was getting reports from the ambulance and thinking it was way too much medicine, that Mason couldn’t be that bad. Then we arrived, and she understood. She even used it as a teaching moment for the residents who were with her. She told them – remember this – you save the child’s life, then you treat the disease.”

“There was this moment in the emergency room when someone reported that his pH level was 6.9. Everyone went completely still for a fraction of a second, then went back to what they were doing, but you could just feel that something big had just happened. Later I would learn that life is not compatible at 6.8. Mason was clinging to life by one-tenth of a point.”

The trauma team stabilized Mason and admitted him to the pediatric intensive care unit, but he wasn’t out of the woods yet. It would be hours before his levels could be brought under control, his system cleared of acid and doctors could see what the damage may be. “He was so teeny-tiny, laying there,” remembers Lisa. “He just looked gray and was working so hard to breathe.”

Only later would Lisa learn that the critical care doctor monitored Mason all night from home and his nurse, Jordie, never left the room.  When the doctor walked in the room in the morning to hear Mason crying – a good sign in children – she started to cry herself. 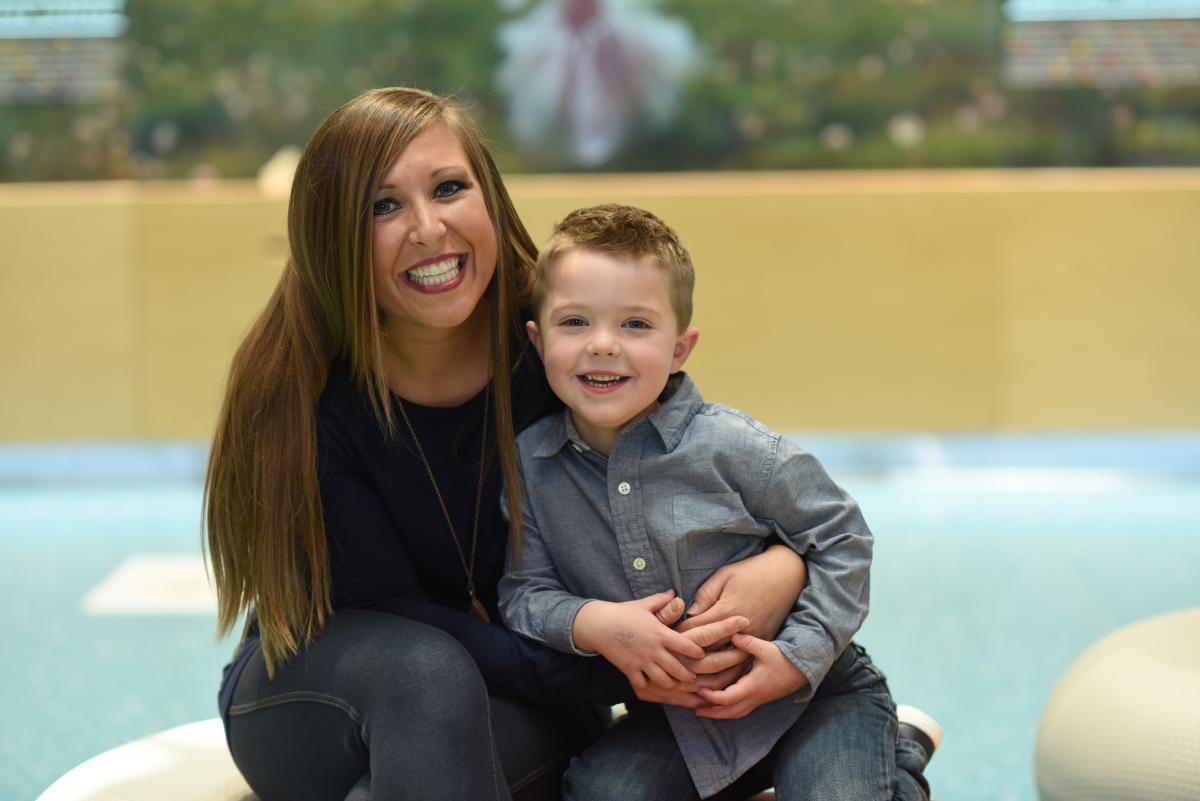 “She told me in her 24 years, she had never seen a child in such severe DKA. She didn’t know what she would see when she walked in his room, so to hear him sounding so much like a plain, old, cranky 1-year-old was music to her ears!”

“Everyone cared so much about our family. The nurse from the ambulance came to visit us on the fourth day at Dayton Children’s,” Lisa remembers. “He said ‘I just wanted to meet Mason, because I had a feeling I didn’t see the real Mason.’”

While Lisa says that she knew the signs because a co-worker’s daughter had diabetes, so many of Mason’s symptoms seemed connected to other things. He drank a lot of water and wasn’t eating much, but that can be typical of toddlers. He wet through his diaper but after moving to the next size up, that seemed to solve the issue. When he got sick, it sounded like a respiratory problem.

“Mason’s experience was eye opening for me – and we hope it helps others. The doctor told the residents who were there that night if ever in their careers they saw this again, they needed to think of diabetes - because it’s too easy to dismiss as the flu or a respiratory issue.”

Today Mason is the big brother to two siblings and is learning about problem solving at preschool. He seems to have no lasting effects from the life-threatening experience. He has high-tech help to keep his levels in line, such as a continuous glucose monitor on his hip. “It tells us what his blood sugar is and, even more importantly, which direction it is heading,” says Lisa. “It alerts us if he starts going too low which is incredibly helpful through the night when lows can become extra dangerous.”

He also wears an insulin pump on the back of his upper arm. “Because his body no longer makes insulin, we used to have to give Mason five shots every day, after counting carbs and gauging his activity level. He started wearing a tubeless pump when he turned 3 years old and it is extra helpful in allowing him to still be a busy, playful little boy. Mason can now check his own blood sugar and input his carb counts into his pump so that it can deliver insulin into his body. He amazes us every day by how well he handles this 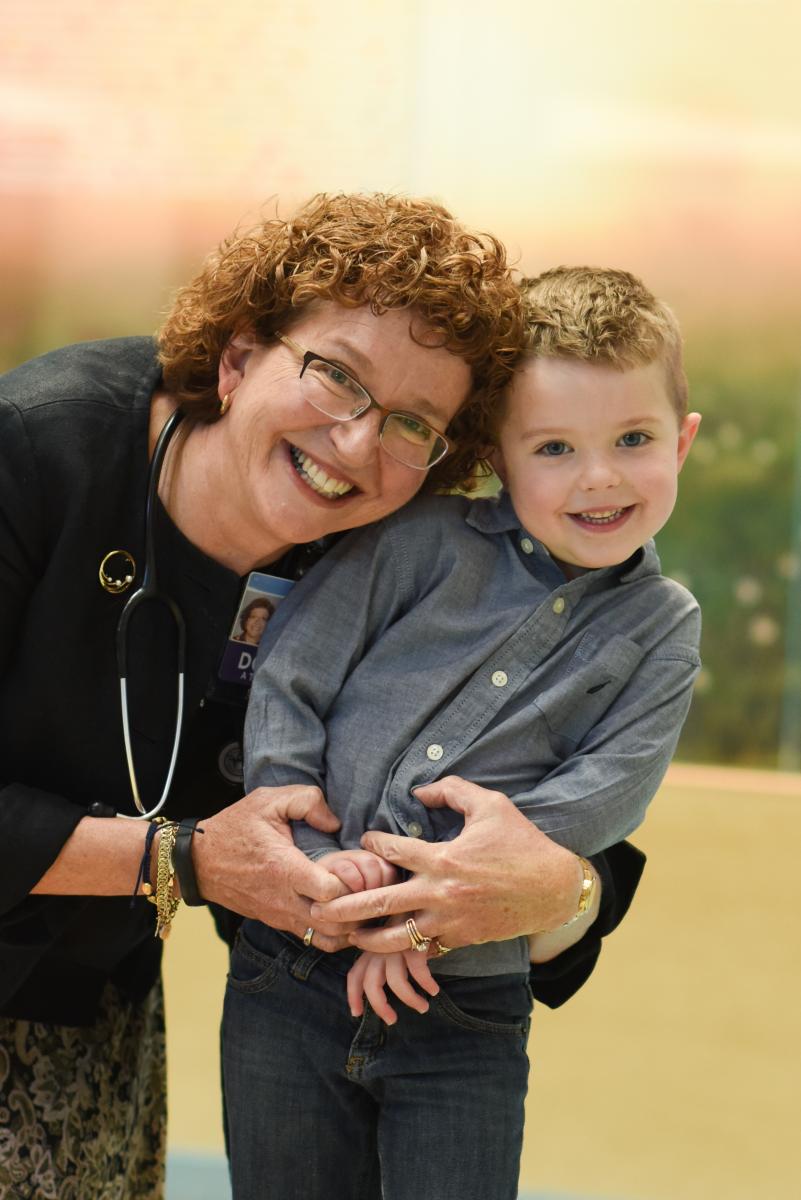 It’s a delicate balancing act for the whole family but it’s their new normal. “We received such excellent training at Dayton Children’s on what our new normal would be. Everyone in the endocrinology/diabetes department have always been so very helpful and caring towards us. Dr. Moira Pfeifer, Mason's endocrinologist, is amazing. I cannot speak highly enough about her - I don't know where we would be without her.  We think of her as part of our family.  Mason is doing incredible and I know it is in large part due to the excellent doctor and entire care team we have at Dayton Children's supporting us along our way.”

“In some ways, his experience made diabetes easier to handle. As long as Mason is alive, we can deal with whatever we need to do – needle pricks, counting carbs, gauging activity levels. Those things are no big deal when we think about how we almost lost him.”

“Since that night, I have read so many stories where it wasn’t caught in time – the children passed or had massive brain damage. I thank God that we were in the right hands at the right time with the right people to save all of him. They took the best possible care of him – because today he is still our Mason – he’s still all boy.”

11/18/21 | blog post an update on diabetes and COVID-19 is COVID-19 causing an increase in diabetes?
12/29/21 | patient story strength in family with HPP Once was a "mystery" condition, hypophosphatasia is now an important part of the Storts's family story.