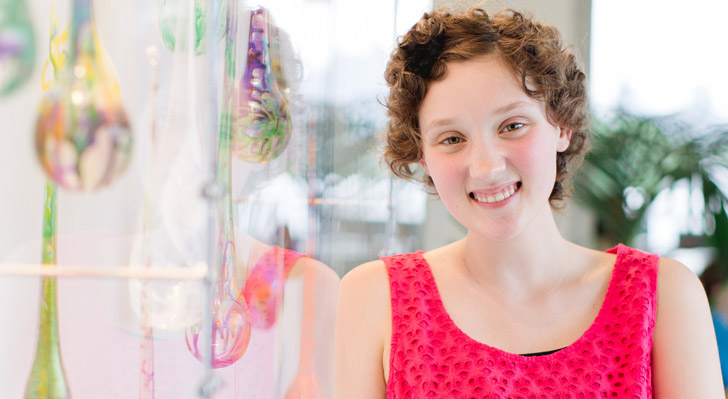 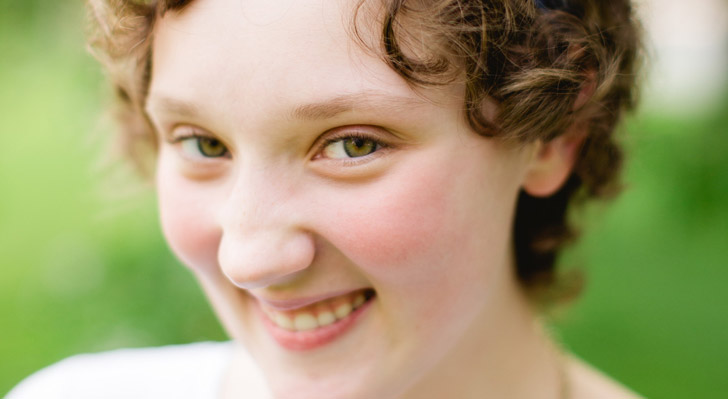 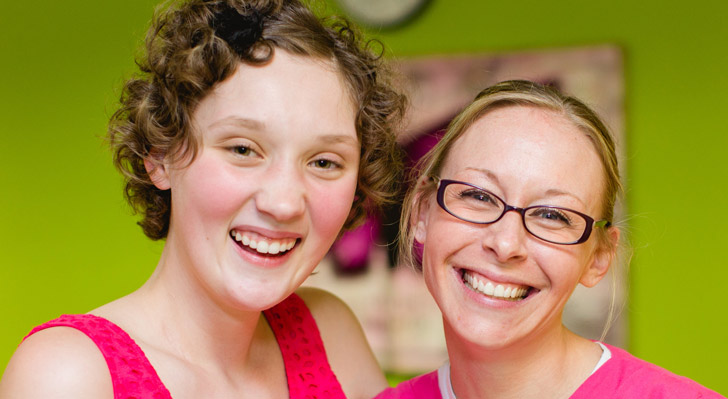 Mariah and her nurse 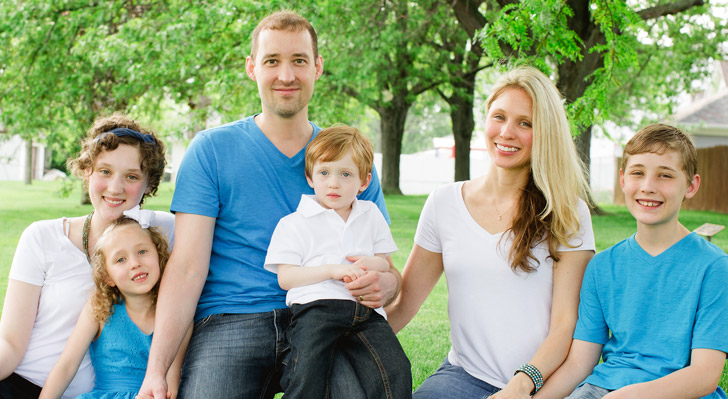 Marian and her family

seeing cancer as an opportunity

It was a tearful reunion.

Mariah Cornett stood on the hematology/oncology floor at Dayton Children’s not as a patient, but as a visitor. She waited anxiously to be reunited with her former nurses… women who she now considers her best friends.

As Kelly Hickey, RN, and Jenna Smith, RN, approached, Mariah became tearful as she wrapped them in great big hugs. “I missed you all so much!,” she exclaimed.

It’s surprising to think that someone would miss the people who were associated with hair loss, chemotherapy, needles and procedures. However, when Mariah thinks back on her time at Dayton Children’s, she doesn’t think about the pain and sickness, she thinks about the friendships she made and the impact that the staff had on her life.

However, if you ask any of the employees at Dayton Children’s who know Mariah, she is the one who made an impact.

Mariah had always been a healthy child, but when she started to notice painful lumps in her armpit and neck, her mom became concerned and took her to the pediatrician. Thinking it might just be an infection, Mariah was placed on antibiotics to help solve the problem. When the lumps still did not go away she was referred to the infectious disease specialists at Dayton Children’s. It was then that the word “cancer” was first brought into the picture.

“The first day we ended up seeing three doctors and by the end I had a biopsy scheduled for the very next day,” says Mariah. “The surgery went smoothly and they biopsied a lymph node on my neck. During the time I waited for results I started to have low grade fevers and completely lost my appetite.”

After Mariah’s mom received the call confirming her cancer diagnosis, Mariah and her family met with Emmett Broxson, MD, medical director of the Comprehensive Care Center for Cancer and Blood Disorders at Dayton Children's to develop a treatment plan. This plan required her to stay in the hospital for one or two weeks at a time to receive medication as she began to fight off her cancer.

The first few months of treatment were difficult for Mariah. She lost all of her hair including her eyebrows and eyelashes and experienced swelling, back pain and bleeding sores due to the chemotherapy and other treatments she had received.

“I was lucky though,” says Mariah. “I never actually threw up!”

Mariah continued to be in and out of the hospital through most of the summer. It was during these stays where she formed such strong relationships with the staff. Whether it was conning her nurses into making a video with her dressed as ninjas or simply putting smiles on their faces, Mariah brought joy to every person she met while in the hospital.

“Mariah never once complained and made everyone else's day,” says Smith. “Just walking by her room, she would wave and smile. As a nurse, you knew your day was going to be automatically better when Mariah was around.”

The care and love from the nurses and staff did not go unnoticed by Mariah’s family either.

“I always appreciated the kindness and understanding from all of Mariah’s caregivers at Dayton Children’s,” says Eden Cornett, Mariah’s mom. “We were treated as family by everyone; her nurses, doctors, aids, volunteers and even cafeteria and housekeeping staff. I will never forget the kindness they showed.”

After six courses of treatment, Mariah walked out of her inpatient room for the last time on July 20, 2013. Today she visits the hematology/oncology department every few months for follow up and maintenance appointments. Each appointment is seen as a celebration as Mariah lives life cancer free.

“Mariah will make a GREAT ambassador because she is selfless, positive, encouraging, and absolutely precious,” says Smith.

“Overall I did not take cancer as a burden,” says Mariah. “I took it as an opportunity to look at my life in a new light. It was an experience that showed me to be thankful and realize how good I have it, that I am lucky to be alive. Someone can always have it worse than you, and it is important to value every second that your heart is beating in your chest. Cancer made me realize that life is a blessing, and I have decided to put one foot in front of the other and show the world that I can get through anything life throws at me!”