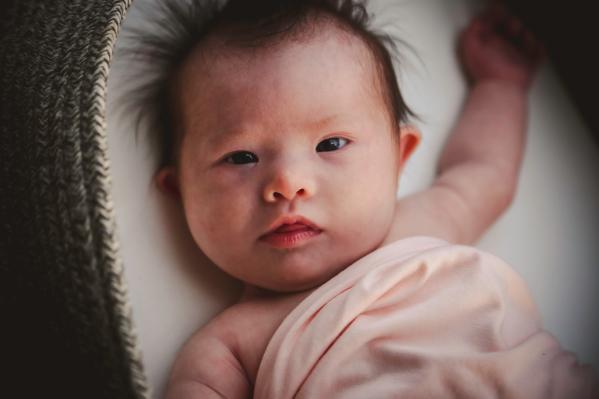 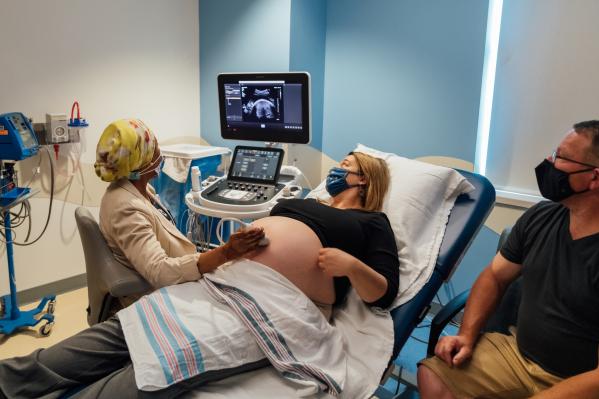 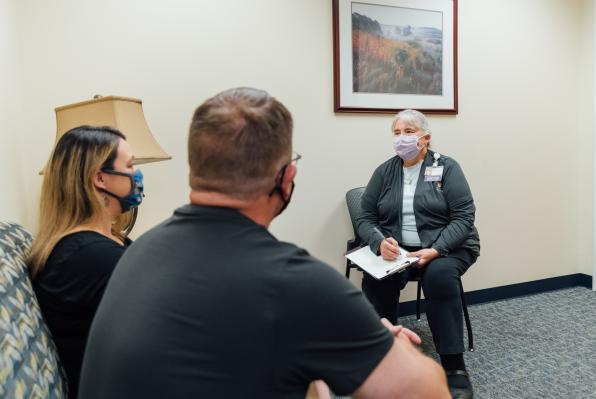 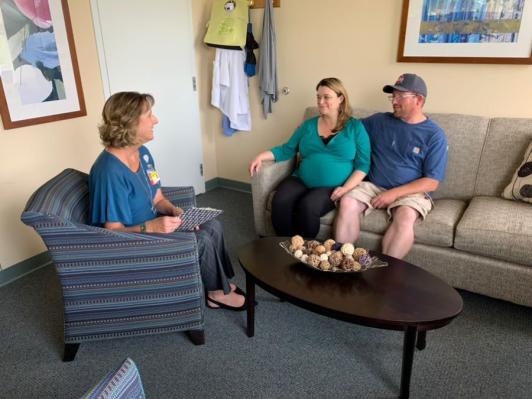 When Lindsay Ackley became pregnant with her second child, she was no stranger to the pregnancy journey ahead. Due to gestational diabetes in her first pregnancy, she was considered high-risk and started seeing her OB/GYN early in her first trimester. She also saw the maternal fetal specialists with the Fetal to Newborn Care Center, a partnership between Premier Health and Dayton Children’s Hospital.

However, at her 10-week fetal ultrasound, Lindsay, and her partner Kevin, were surprised to learn the scan indicated that their baby likely had a chromosome abnormality. The specialists found fluid behind the baby’s neck, also known as nuchal translucency, and proceeded with blood work to find out more information.

After her blood work was returned, Lindsay and Kevin spoke to a genetic counselor and confirmed that their baby was a girl and also 99% likely to have Down syndrome.

“We were thankful to know what was going on and excited that we were having another little girl,” said Lindsay. “It doesn’t make it any easier to hear that your child is going to have challenges, but once we knew her diagnosis, we could prepare ourselves a little better and make sure we were doing everything we could to give Emelia the best chance in life.”

“Our experience with Dayton Children’s cardiology was fabulous. It was a relief. Dr. Abdurrahman was able to reassure us that our baby’s heart looked good. And we didn’t have a potential heart defect or surgery weighing over us,” said Lindsay... “But, had she detected something, it would have been nice to know and be able to begin to mentally prepare and connect to services.”

Over the next weeks, Lindsay and Kevin connected with Fetal to Newborn Care Center nurse navigator, Sharon Orozco. Sharon assisted Lindsay with making appointments with her care team and connections to other services their baby girl would need after birth. Sharon toured Lindsay around the birthing center at Miami Valley Hospital and the neonatal intensive care unit (NICU). And, she facilitated a meeting with an occupational therapist to get feeding guidance, as some babies with Down syndrome have difficulty with feeding in the beginning due to muscle tone issues.

Lindsay and Kevin also met with Dayton Children’s developmental pediatrics clinic to learn what care their baby may need to help meet milestones after birth.

“When we met with Eileen Kasten, MD, chief of developmental pediatrics at Dayton Children’s, she gave us the best advice. She said since the baby didn’t have any heart issues or urgent medical needs, that I should just enjoy her being a baby,” said Lindsay.

Most babies with Down syndrome don’t require follow up care to assess delays until they are 4-6 months old.

On August 4, at 39 weeks pregnant, Lindsay woke up and her water broke. She went to Miami Valley Hospital and delivered an eight pound seven ounce beautiful baby girl named Emelia.

Since baby Emelia was born more than 24 hours after Lindsay’s water broke, Emelia was at increased risk of infection and was transferred to the NICU at Miami Valley. Emelia also had jaundice. Infant jaundice is a yellow discoloration of a newborn baby's skin and eyes and a common condition, particularly in babies born before 38 weeks.

During her NICU stay, Emelia had another echocardiogram, performed by Dayton Children’s pediatric cardiologists. Results showed no heart defects and Emelia was able to go home after four days.

“Our NICU stay was wonderful. The nurses and staff in the NICU were great and I was able to walk from my room to the NICU to nurse Emelia every couple hours,” said Lindsay.

These days, Emelia is busy with eating, sleeping, cooing, rolling over and bringing a lot of joy to her family’s life. When Emelia hits her four-month mark, she’ll be seen by an occupational therapist and determine where she is with meeting milestones, but for now, Lindsay and Kevin are taking Dr. Kasten’s advice and just enjoying her being a baby.

Learn more about the fetal care Lindsay received from the Fetal to Newborn Care Center collaborative. 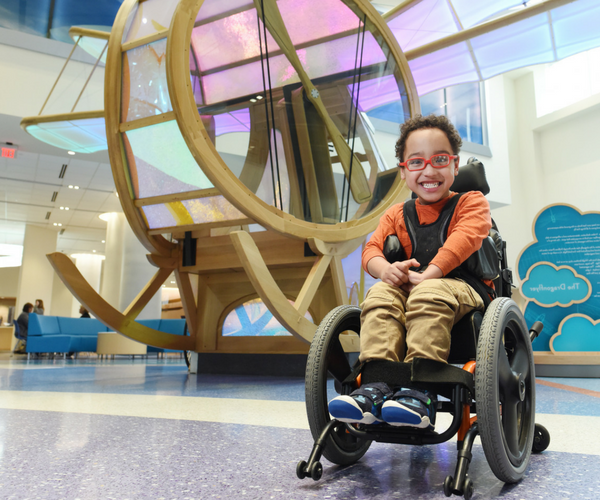 Aiden keeps on smiling through his diagnosis of cerebral palsy.