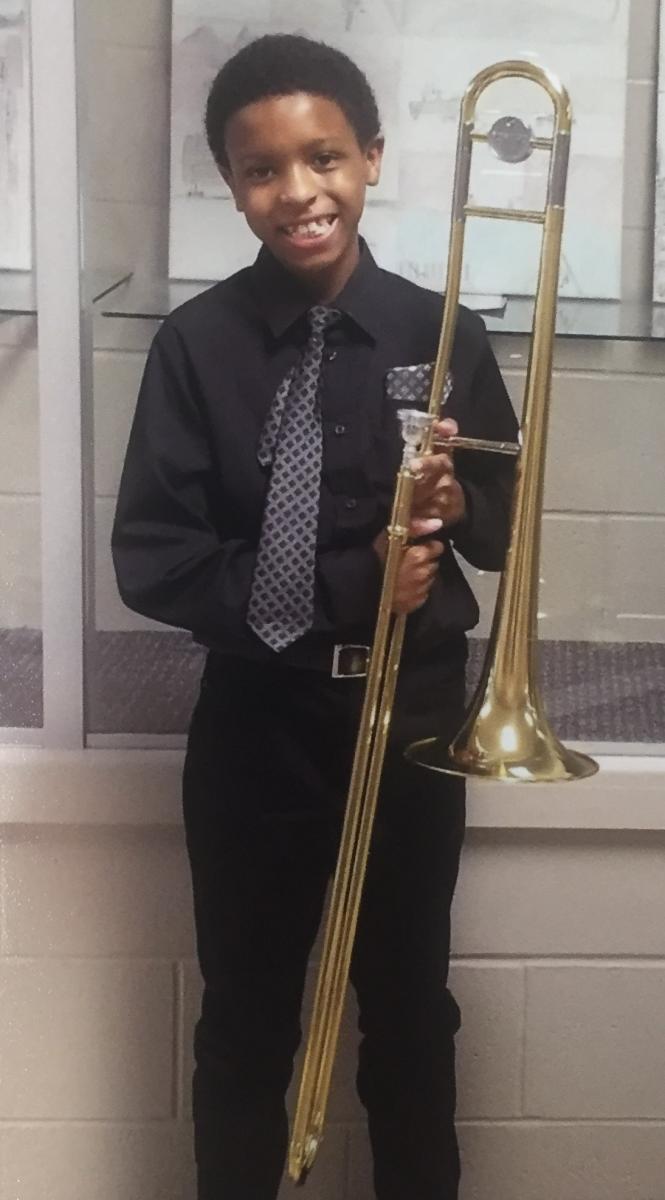 Alex Bryant knows how to keep the beat. He doesn’t even need his drum to do it. His fingers tap out a rhythm on the table in front of him or even just his legs.

“At first I played the trombone – that’s when I fell in love with music,” says Alex. “Then I started playing the drums about a year and a half ago and I really like percussion.”

That cadence helps Alex in more ways than one. He has Tourette syndrome, a neurological condition that often comes with repetitive, involuntary movements or sounds called tics. Drumming helps Alex refocus his energy and distracts him from the impulse to have a tic. “I don’t tic when I drum,” he says.

“Movies and TV shows have stereotyped those with Tourette as people who blurt out obscenities or hit themselves, but only about 10 percent of those diagnosed with Tourette have that level of severity,” says Gogi Kumar, MD, chief of the division of neurology at Dayton Children’s Hospital. “As many as one in every 100 kids in America may have a mild form of Tourette that can include all sorts of repetitive tics such as eye blinks, arm twitches or low grunts.”

For Alex, his tics and lack of comfort around people kept him isolated. “I didn’t have a lot of friends or go to a lot of parties back when I was young because people just didn’t understand,” remembers Alex.

Doctors were able to put a name to Alex’s symptoms by second grade, but it wasn’t a quick or easy diagnosis. “It probably took about a year to really be sure it was Tourette,” says Regina, Alex’s mom. “We actually started with an allergist because his eyes were really irritated. But when we discovered he didn’t have an allergy, we came to Dayton Children’s to figure out what was going on.”

The first symptoms of Tourette syndrome usually occur between the ages of 3 and 9 years old, and can get worse in the early teenage years but then tend to lessen with age. Males are affected 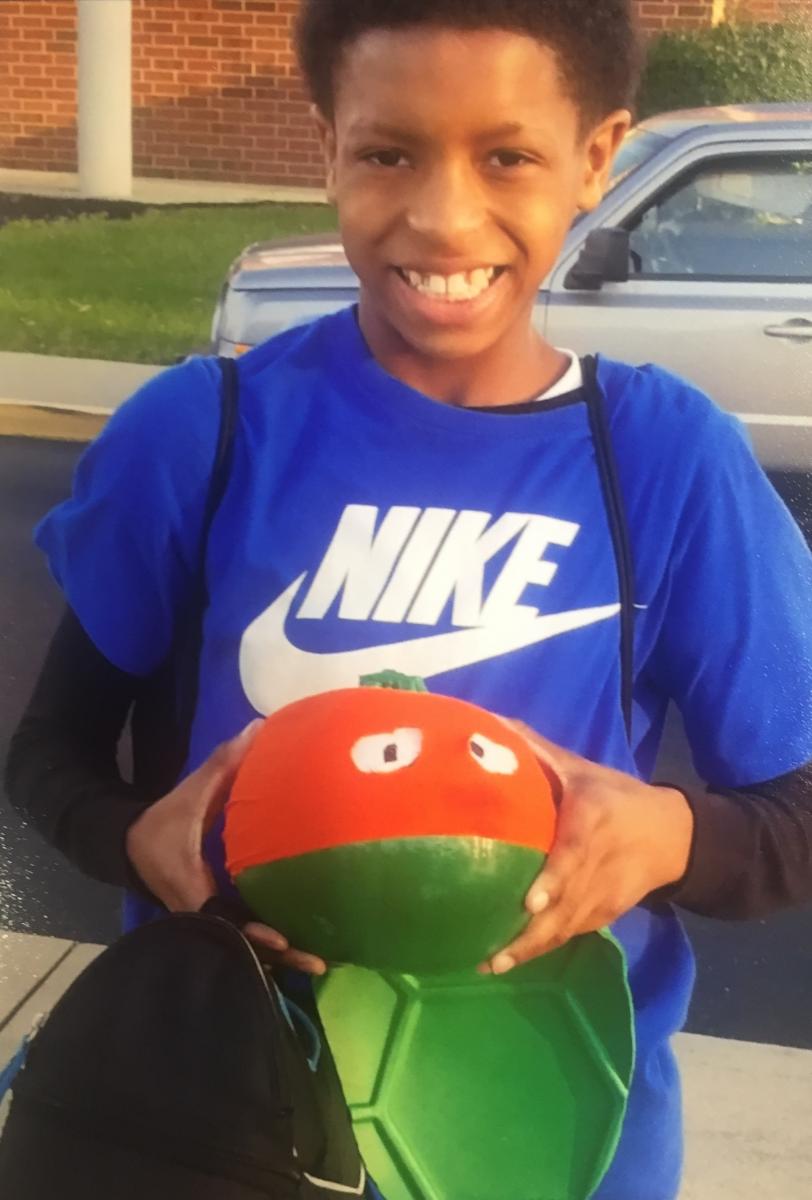 about three to four times more often than females.  There is no test to determine if a child has the condition, but the criteria include having both motor and vocal tics for at least a year nearly every day that are not due to another medical condition or medication.

“We see Dr. Kumar and she is very thorough. She made sure she ruled everything else out first,” says Regina. “She also makes Alex feel good about himself. At first he wouldn’t even talk about the condition, but she made him so comfortable that he opened up. She is so inspiring.”

Alex takes medication, but he has also worked with his therapist on confidence, positive reinforcement and ways to overcome the tics. Those include being more aware of the tics and when he feels the urge to do a repetitive motion, he uses a competing behavior. “Walking helps,” says Alex. “Sometimes I will walk around the school a couple of times to calm down.” Finding ways to reduce stressful situations has also helped, as tics are more pronounced when a person is upset or anxious.

Alex now sees a couple of specialists at Dayton Children’s to provide comprehensive care that supports his entire development.  Tourette syndrome can often be accompanied by other conditions like ADHD, anxiety or sleeping problems. He has regular visits with Sara Adducchio, MSN, RN, CPNP, in the neurology division. “We appreciate the fact she makes us feel like Alex is more than just a patient,” says Regina. “She truly cares for his overall well-being as a person.” 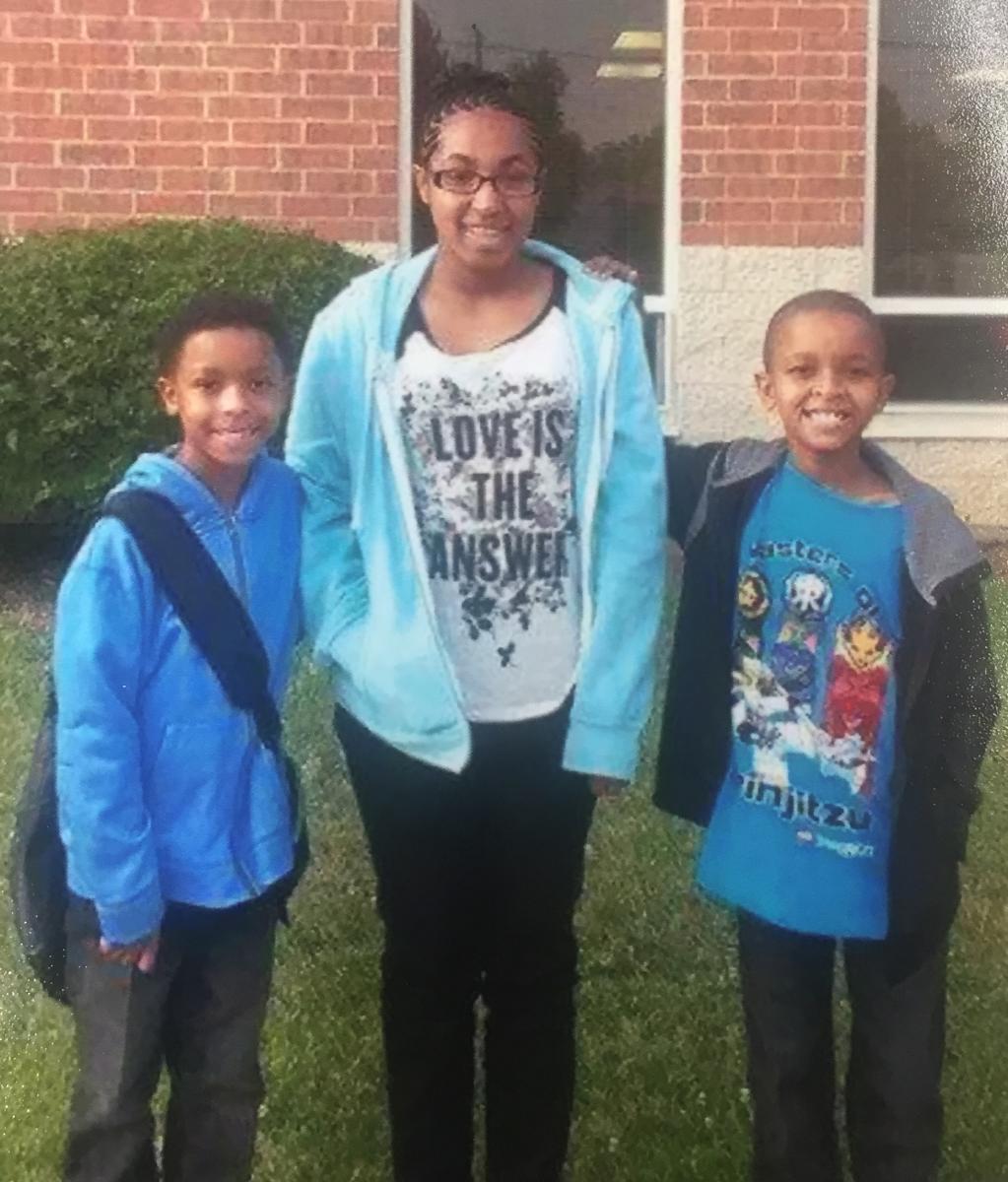 “Dayton Children’s has been a blessing for us,” says Regina.  “They helped guide us through it all. For several years, there were only three family members Alex would talk to because he just wasn’t comfortable with people. Now he has grown so much and is pushing through so many difficult situations. I’m so proud of him.”

“When I was in elementary school, my mom and teachers decided I should tell the class about it and they could ask me questions and understand why I did some of the things I did, which was good. It got a lot better after that. There are a couple of other kids at my school with Tourette’s, too, so that helps.”

Now 13 years old, going to middle school and working through the independence that comes with it, Alex doesn’t let Tourette syndrome dictate who he is or what he does. He plays drums, xylophone and other percussion instruments in the school band and wants to join the track team.

“People are all different. We all have something that is a little different about us, but it doesn’t have to hold us back. When people think I can’t do something, or I struggle with doing something, it just makes me want to try harder to do it.”